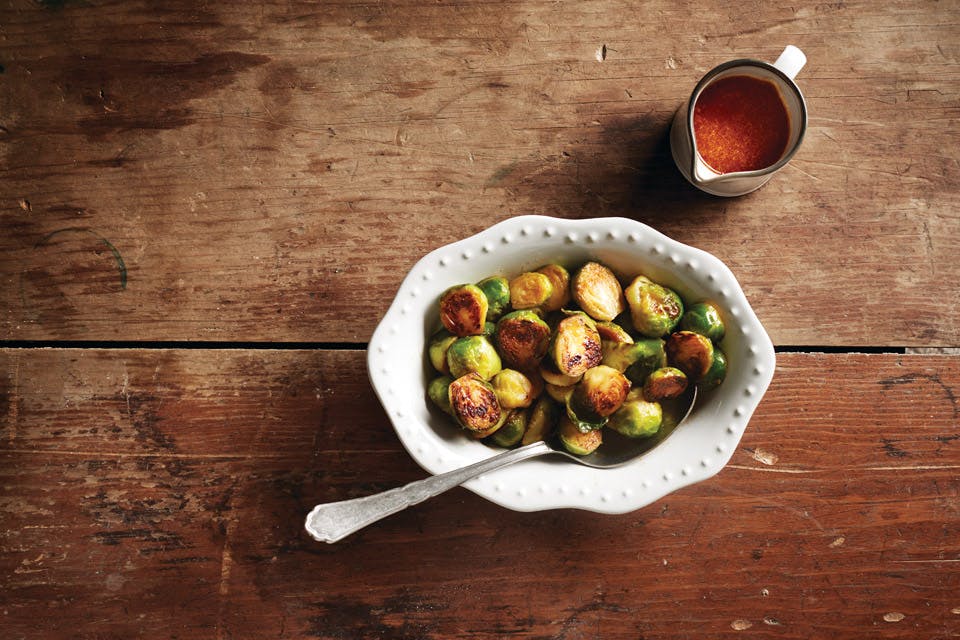 Courtesy of chef Stephanie Felicetty | Photo by Casey Rearick, food styling by Christine Rice
Stephanie Felicetty, executive chef at the Welshfield Inn, pays homage to the wooded areas surrounding the Burton landmark where she cooks with her Brussels sprouts recipe. She doubles down on the Geauga County maple syrup, using it both in the butter to saute the sprouts and the vinaigrette to dress them.