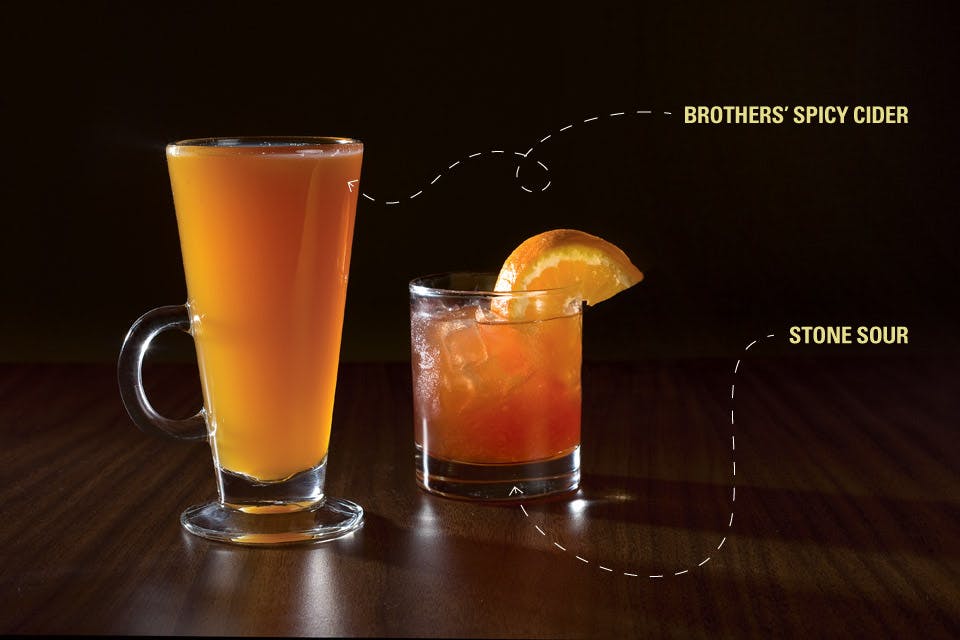 Recipe courtesy of Seven Brothers Distilling Co. | Photo by Maureen Macgregor
Painesville distillery owner Kevin Suttman celebrates the strong taste of his spirits, which  are especially beneficial when it comes to his spiced rum aged in cherry wood. “We use hand-split vanilla beans and the best cinnamon you can buy,” Suttman says. “I went through three cinnamon suppliers before I found one that I was happy with.”

To serve warm, heat cider in saucepan just to a boil. Remove from heat, stir in Apple Pucker and rum. Serve in mug. To serve chilled, combine with ice in shaker and shake well. Strain into a rocks glass over ice.