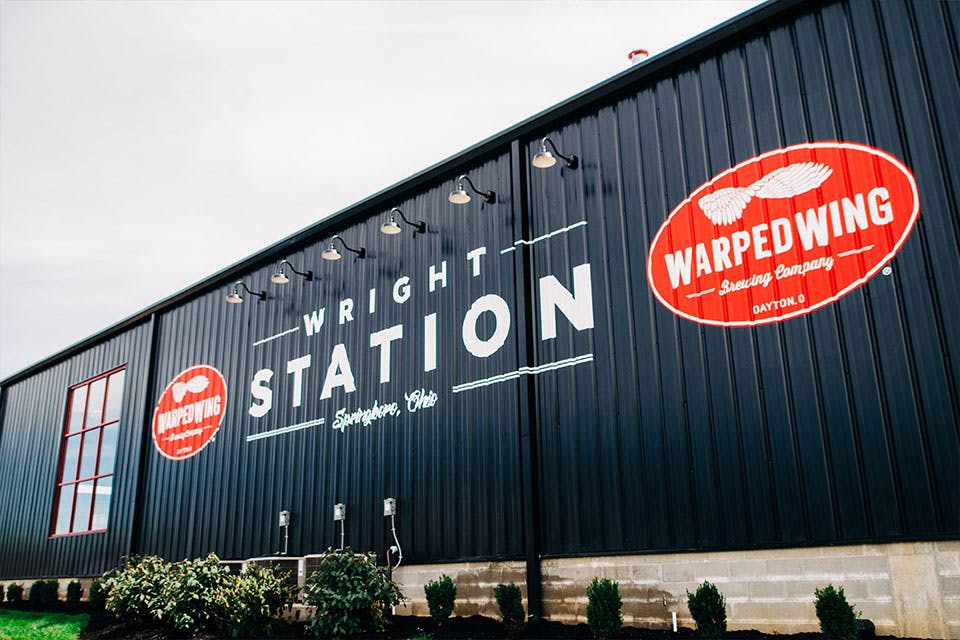 Southwest Ohio’s craft beer scene leveled-up with the August 2020 opening of Warped Wing Barrel Room & Smokery in Springboro. The Dayton-based brewery opened its new 20,000-square-feet facility as a way to expand into the city’s southern suburbs while bringing beer lovers additional offerings not found at its flagship location.

The new Springboro taproom has a barrel-aging facility that can accommodate up to approximately 400 barrels, a test-pilot brewing system that will allow for easier experimentation with beer styles and both an indoor taproom and outdoor biergarten where customers can dine on a variety of smoked meats and other Warped Wing menu favorites.

“Customers can expect the same feel and vibe [as the Dayton location] when they walk in the door,” says Nick Bowman, Warped Wing Brewing Co. co-founder and vice president of sales and marketing. “Steel, concrete, overhead garage doors — you will see elements that make you feel as if you are in a Warped Wing facility.” 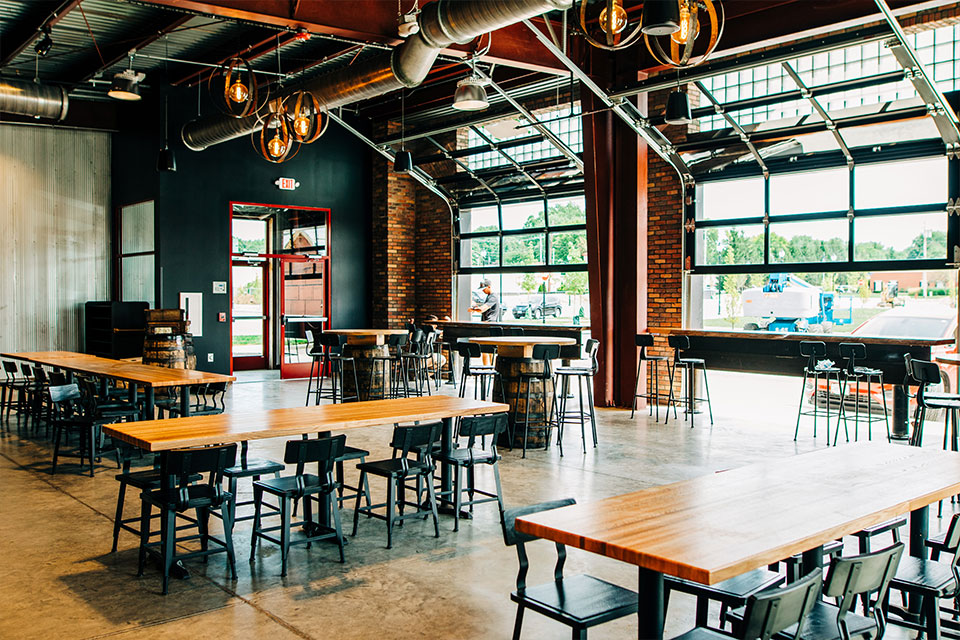 The food menu offers many of the same options as the downtown Dayton location, but with a distinct focus on smoky flavors. Smoked wings and a smoked bologna sandwich are two of the notable additions, alongside Warped Wing favorites such as pulled pork nachos and Tater Kegs (six oversized tots stuffed with bacon, chives and cheddar cheese and served with a side of ranch dressing.) The menu also features seven sandwiches: a PBLT, smoked brisket, smoked pork, smoked bologna, smoked turkey, Bison & Bacon and grilled cheese.

Bowman sees the new location as an opportunity to help change the way people think about beer. That comes in the form of education about how it picks up flavors by way of the barrel-aging process.

Warped Wing has a deep lineup of barrel-aged beers, some dating back to 2015, which customers can order and consume on-site. Once a selection is made, it is brought to the appropriate temperature and served in the proper glassware for each style. (Along with beer, Warped Wing also has a small specialty cocktail menu.) 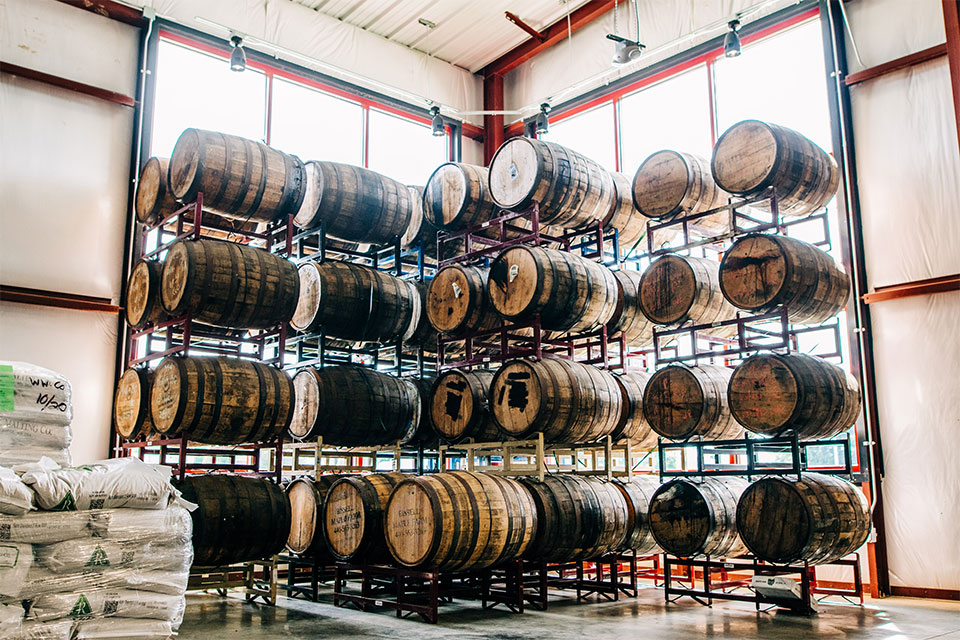 The barrel-aging process begins with Warped Wing co-founder and brewmaster John Haggerty. He chooses his barrels based on what was previously aged in them (be it a certain type of wine or spirits) and then selects a base beer recipe he believes will complement the flavors present in the wood. Once the base beer is made, it’s placed into the barrels where it rests to soak up those flavors. Lighter styles routinely age from two to three months, while darker styles can remain in a barrel for a year or more.

For Warped Wing’s most popular barrel-aged beer — an imperial stout called Whiskey Rebellion — Haggerty uses chocolate malt in the base recipe. The beer then goes on to pick up vanilla, oak and char from the barrel, creating a nice combination of flavors.

“There is something romantic about barrel aging,” Bowman says. “Some of these beers are aging in wood for several years, making it a very patient process.” 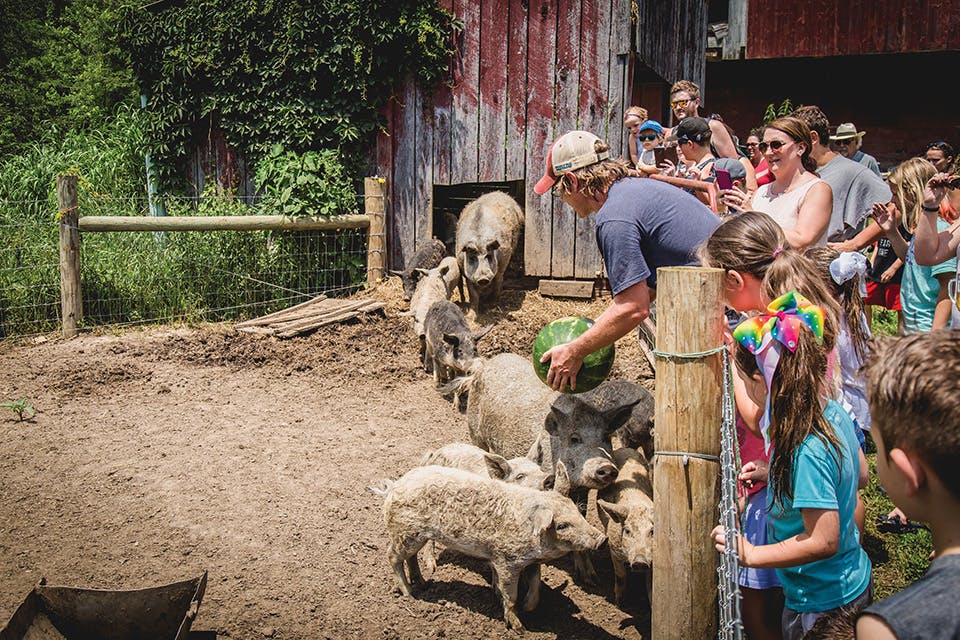