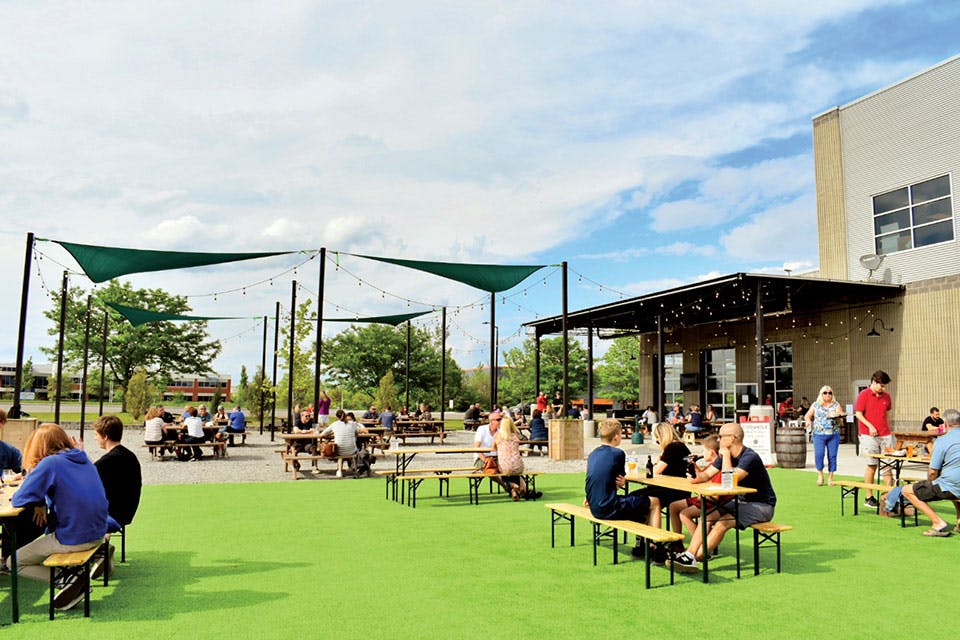 This brewery’s founders created a space all beer lovers can enjoy, offering a wide range of styles — from traditional to trendy — and a communal atmosphere.

Before opening Sonder Brewing in Mason in October 2018, its founders were searching for a name that would capture the spirit of their brewery. They stumbled upon the obscure English word “sonder,” a noun that refers to the realization that every random passerby is living a life as vivid and real as your own. For a brewery centered around community and creativity, they felt it was a perfect description.

“Sonder means every person has a story,” says co-founder Justin Neff. “And each of our beers has a story. We use the phrase ‘Uniquely Crafted’ to describe our beer. There’s science and art behind beer, and it’s uniquely crafted just like each human is.”

With that in mind, Sonder makes everything from classic lagers brewed traditionally, to new wave IPAs with the latest trendy hops, to barrel-aged dessert beers that taste like tiramisu or cinnamon rolls. Co-founder and chief operating officer Chase Legler earned his brewing stripes at Wisconsin’s legendary New Glarus Brewing and oversees a brewing team that balances creativity with quality and tradition.

The brewery’s bestseller is You Betcha New England IPA, bursting with tropical fruit notes from the hops. Surprisingly, the brewery’s second-most-popular brand is Voss Kölsch, a classic, easy-drinking German style. While Sonder’s more exotic beers earn the brewery buzz, its traditional styles earn respect, and the brewery is proud of its traditional takes on styles like hefeweizen and schwarzbier.

Sonder Brewing’s spacious taproom has picnic tables and other seating options, as well as rentable spaces for groups. BrewRiver Kitchen provides excellent from-scratch food options. Just outside, the Sonder beer garden covers a 5,000-square-foot patch of turf with tables and ample room for relaxation and play. In the winter, the brewery covers this area in a large, heated tent.

“We wanted Sonder to be a place mom and dad would bring their kids during the day and then come back later for date night without the kids,” says Neff. “It feels like you get a little bit of everything here.”