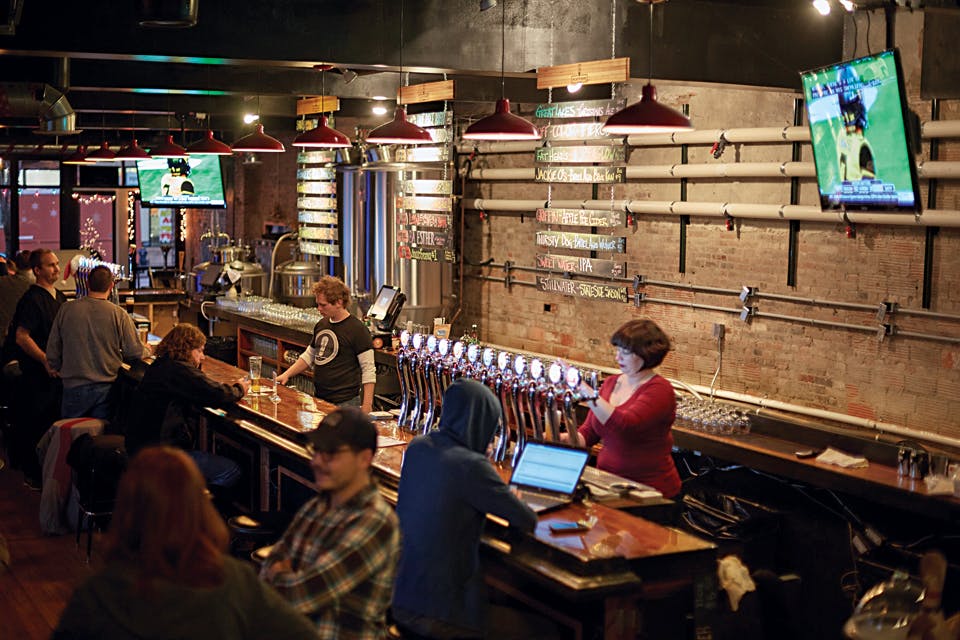 This brewery serves an experimental and ever-changing lineup at its taproom, but that’s just part of its craft brew mission.

The taproom is spacious, and when busy, it feels full but not overly crowded. Those who flock here are the sort who inspired owners Paul Benner and Justin Carson to create Platform in the first place: craft brew lovers who are looking for something new and different. They come not to slam beers, but to enjoy them.

Twenty-four taps host as many as 16 guest beers, while the rest of the handles pull house brews — interesting creations that change frequently. “Every single batch is an experiment,” says Shaun Yasaki, the company’s brewmaster. “I don’t have a catalog of recipes. Half the time I make it up in the morning.”

In late December, Platform’s variety included a rare Polish smoked beer (known as a gratzer, or grodziskie), a barrel-aged imperial stout and ale fermented with wild yeasts. Since opening in 2014, Platform has repeated just one beer, and those who want to see what the brewery is up to can follow an online list.

Yasaki, who earned his hops as a brewer at Fat Head’s Brewery in North Olmsted, first met Benner while visiting his home-brewing supply shop in the city’s Tremont neighborhood. Two years later, they teamed with Carson, the owner of JC Beer Tech, a company that installs and cleans bar draft systems. Soon, the trio was trucking in 10-barrel-capacity brew kettles for their new Lorain Avenue brewhouse. Today, Platform Beer Co. has 12 brew kettles, seven conditioning and carbonating tanks and plans to make 3,000 to 3,500 barrels of beer in 2015. “Our customers connect not only with the end product, but with the makers of the beer,” says Benner. 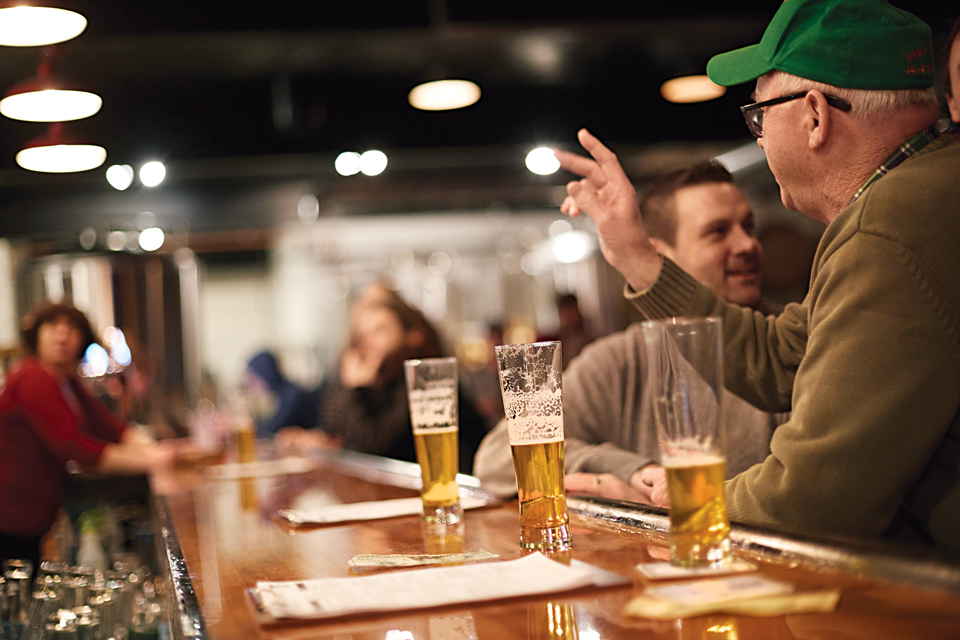 Platform Beer Co. serves a constantly changing lineup of beers at its brewhouse in Cleveland. The brewery releases many of its creations as six-packs. (photo by Kevin Kopanski)

Platform’s founders dedicated part of their business to fostering fledgling commercial brewers by giving them the knowledge and experience necessary to launch an operation bigger than a hobby. “They’re essentially employees of ours,” Benner explains. “Shaun takes care of the hands-on work with them. Then I work with them on their business planning. Justin helps them with finding investors, real estate, [and] sourcing equipment.”

Apprentices learn how to adapt their small-scale home-brew recipes for Platform’s commercial equipment. When a beer is ready, it goes on tap at Platform. The brewery keeps the proceeds, and the program is free for the participant.

Freelance designer and home brewer Kyle Roth was Platform’s first incubator-program participant. His new company, Ferndock Brewing, is now on its way to a permanent location in Sandusky.

Yasaki has collaborated with three other breweries since Platform opened, and Carson and Benner worked with CLE Clothing Co. to design the can for their first retail-ready six packs: New Cleveland Palesner. The hybrid brew merges an old-time beer choice with a darling of the craft beer movement.

“[Cleveland still has] the infrastructure of a city that was large and prosperous and architecturally unique and interesting, and beer back then was pilsner beer,” explains Benner. “Now, in the renaissance of craft beer, the pale ale has become the most prominent style. Shaun was able to marry those two.”