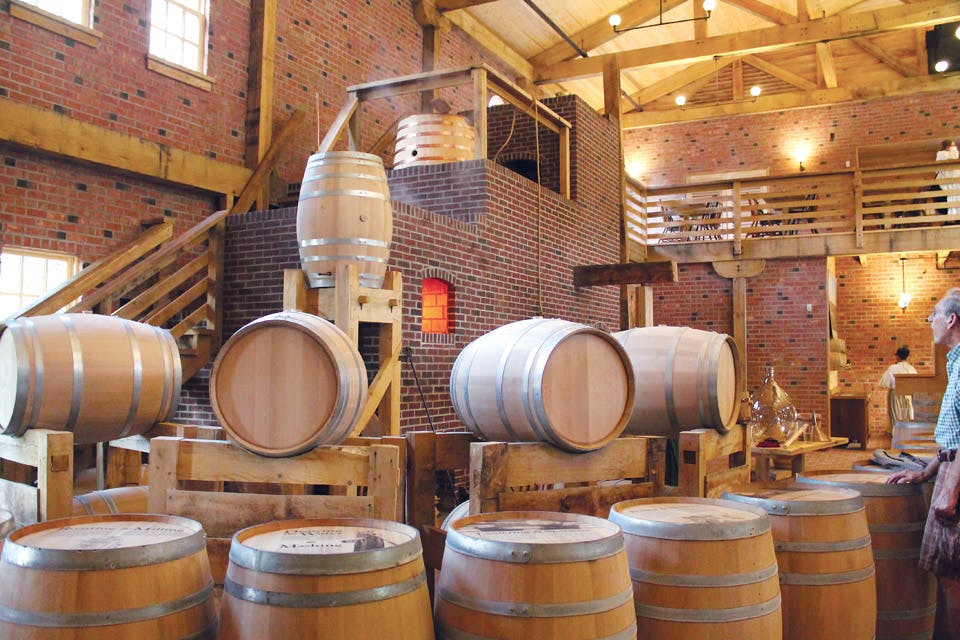 Explore more fun breweries across the state (and get a preview of three set to open later this year).

Quirky Finds
Looking for breweries with a backstory? These four are a good place to start.

Carillon Brewing Co., Dayton: You couldn’t walk into a Dayton taproom in 1850 and order a hoppy IPA and the same holds at this brewery, which borrows its production techniques and architectural inspiration from the mid-to-late 19th century. Watch as brewmasters dressed in period-appropriate attire make authentically crafted beers the old-fashioned way. carillonbrewingco.org

The Phoenix Brewing Co., Mansfield: Local beer enthusiasts brought the former Schroer Mortuary and Funeral Home back to life in 2014, restoring the space as a 12-tap brewery. One of the production areas is housed in the funeral home’s former preparation room, and a few guests have reported ghost sightings since the brewery’s inception. phoenixbrewing.com

The Jolly Scholar Brewing Co., Cleveland: What started as a campus bar and grill at Case Western Reserve University in 2005 has morphed into an experimentally focused brewery. This fall, the university will offer students the chance to learn craft beer production through education courses and apprenticeships with local brewers. thejollyscholar.com

Father John’s Brewing Co., Bryan: Housed in a former Methodist Church in the tiny town of Bryan, this brewery is decorated with iconography from religions spanning the globe. It also offers guests free reign to explore the property, from the restored main-level sanctuary and Cardinal room to the Italian-inspired outdoor patio. fatherjohnsbrewery.net

Brewery Tours
Kick back and take in the sights during one of these guided brewery excursions.

Ales on Rails: Relax during this Cuyahoga Valley Scenic Railroad excursion. Beer lovers have the opportunity to sample five craft beers and learn about what they’re tasting while taking in stunning views of the surrounding Cuyahoga Valley National Park. cvsr.com

Cincy Brew Bus: This daily tour offers a trip through Cincinnati’s brewing history from the early 1800s to now, highlighting newer beer-makers such as Rhinegeist and Urban Artifact. Private excursions are available with the option to plan your own three- or four-brewery tour. cincybrewbus.com

Cleveland Brew Bus: Riders can sample Cleveland’s beer scene by neighborhood or join in on a themed tour such as Small Breweries, Big Flavor or Ambitious Breweries. This 20-seat shuttle bus makes hourlong stops at three of 25 featured breweries with four guided tastings at each location. clevelandbrewbus.com

Columbus Brew Adventures: A 13-seat van transports craft beer fans to three to five stops, where brewery workers and owners share their passion, expertise and insight into the beer-making process. A Brewery District walking tour is offered from April through November. columbusbrewadventures.com

Craft Connection Brewery Tours: A 14-passenger bus transports beer lovers through Cincinnati neighborhoods such as Over-the-Rhine and Hyde Park, with stops at three alternating breweries. Guests are provided four 6-ounce samples and a tour of the production facility at each location. craftconnectiontours.com

Still Brewing
They’re not ready yet, but look for these breweries to open their doors this year.

Twin Oast Brewing, Port Clinton: Mimicking a traditional oast house, this family-run Catawba Island brewery will use apricot, peaches, cherries and other grown-on-site produce in its farm-to-fermenter approach to beer-making. Its scheduled May 2018 opening will also bring a rustic outdoor patio and a miniature amphitheater. twinoast.com

Wiedemann Brewery and Bohemian Beer Garden, Cincinnati: Jon and Betsy Newbury brought Wiedemann beer back to life in 2012 with the creation of Geo. Wiedemann Brewing Co., using recipes original to the company. In March, the Cincinnati couple is scheduled to open the doors to its new taproom and kitchen. wiedemannfinebeer.wordpress.com