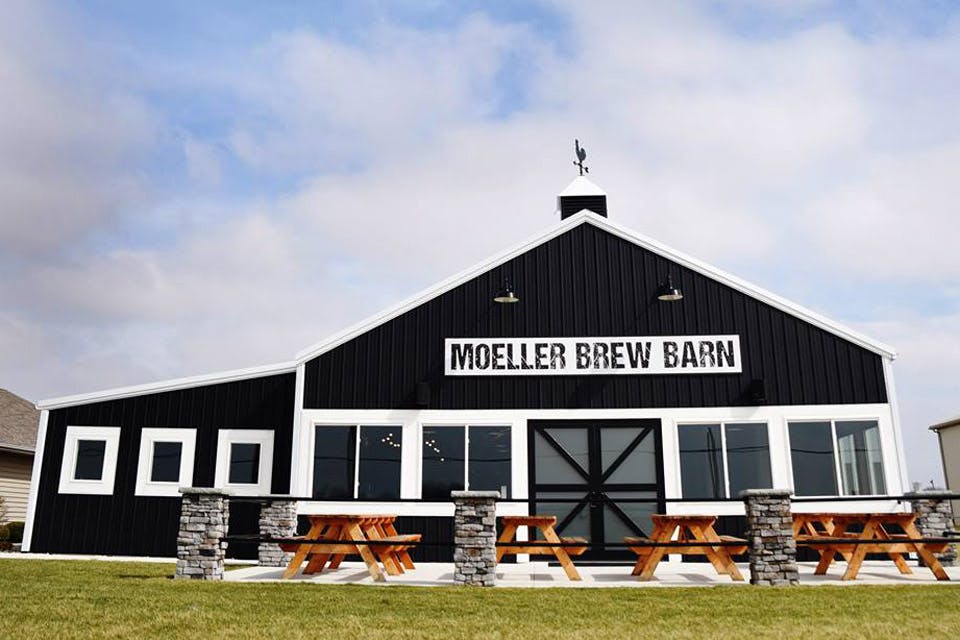 Craft beer meets the country at this converted barn house, where a dozen brews and a rotating list of appetizers draw guests to rural Mercer County.

Maria Stein is a small German-Catholic town with a big rural farm community. Or, as Moeller Brew Barn owner Nick Moeller puts it, “We’re a no-stoplight type of town.” In 2015, Moeller opened his brewery in a barn house, complete with knotty pine walls and a chalkboard menu. “We’re a beautiful brewery out in the middle of nowhere that makes really good beer,” he says.

The History: Nick Moeller moved to San Diego in 2002, where he worked as a chief engineer at a Navy submarine maintenance facility. “There’s a really big beer culture in San Diego,” says Moeller, who grew up in Maria Stein and was brainstorming with his wife about moving back to Ohio. “We thought the idea of creating the Moeller Brew Barn could bring some of that culture that we loved in San Diego.”

The Atmosphere: Originally an old barn house with steel siding, Moeller renovated the structure while retaining most of the original windows and barn doors. “We wanted to keep the barn feel,” he says. “The barn doors and windows let in such good light that it makes it feel more open.” Guests can watch Moeller Brew Barn’s brewmasters at work on Thursday nights. In September, the brewery added a new 30-barrel-capacity fermenter that allows it to distribute more of its beer locally.

The Menu: Moeller Brew Barn typically has a dozen beers on tap, including creations such as the Wally Post Red, a malt-and-rye spice beer named in honor of local baseball legend Wally Post. “It was the most popular when it came out, and the popularity has stayed,” says Moeller. There’s also an ever-changing lineup of seven appetizer options, with the chipotle chicken cheese dip among the regulars’ favorites.