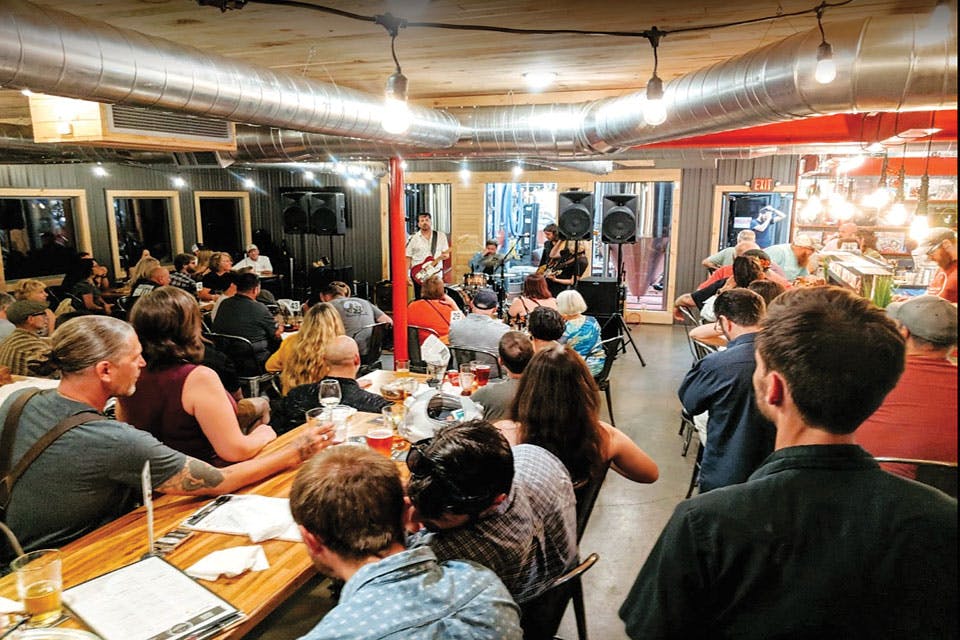 Tuscarawas County’s first brewery in 65 years offers a welcoming gathering place with a support-local approach to beer and food.

When Lauren and Andrew Marburger first discussed opening a brewery in the Tuscarawas County village of Bolivar, some friends voiced concerns: “It’s not the city,” they warned, wondering whether enough people would be willing to trek to the country or pay a premium for craft beer. “We just felt like the community could use something like this, and we could be successful here,” says Lauren, who grew up in Bolivar, as did Andrew. In November 2016, the husband-and-wife team opened Lockport Brewery, Tuscarawas County’s first brewery in 65 years.  — Frances Killea

Brewing Legacy: Lockport Brewery’s name was inspired by Old Lockport Lager, a beer made by the nearby New Philadelphia Brewing Co. before Prohibition. Still, when the brewery first opened, Lauren says some customers weren’t familiar with craft beer, instead ordering their favorite domestic. The brewery’s Gateway — an American-style cream ale that won a gold medal at the 2018 Great American Beer Festival in Denver, Colorado — has served as a good introduction. “Now they’re drinking IPAs and milk stouts and opening their minds up to all kinds of new beers,” says Lauren.

Local Flavor: The brewery’s tap list of 16 beers spans pale ales, porters, fruit beers and a Kolsch that won the 2019 Ohio Craft Brewers Gold Cup. But some creations date back to Andrew’s days of homebrewing. One of his first experiments was a strawberry blonde ale that’s since become a seasonal favorite at the brewery. “There used to be a very big, historic strawberry farm just outside of town, and going back to the 1970s, [Bolivar has] had an annual strawberry fest,” Andrew explains. “We made that, and it’s been a summer staple ever since.”

Paying Back: Because the support of the local community has helped Lockport Brewery already expand to a larger facility, Lauren and Andrew make a point of supporting other local businesses. They buy coffee roasted in North Canton and use locally produced maple syrup. In 2019, the brewery made a batch of pale ale with hops grown at Bolivar Brothers Farm & Hopyard. It also works with Marburger Farm, which Andrew’s brother operates. “We’ve been feeding their cattle all the spent grain from our brewing process for about a year,” says Lauren, adding that the farm’s beef will eventually appear in burgers and other dishes on a menu that already spans pizzas, panini, pub pretzels, tacos and more. “I just love that closed-loop connection, and I think our customers will, too.”