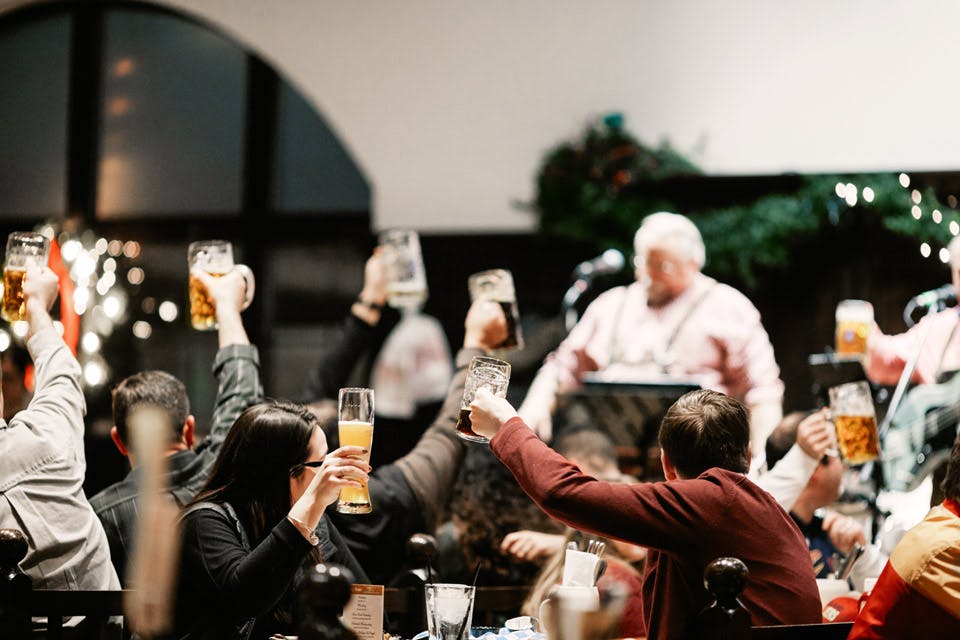 If you want some well-made, high-quality beer, ask a German. The Bavarian Purity Law of 1516, which calls for using just barley, hops, water and yeast, has been around for more than 500 years because it works, and beer lovers can get a taste of authentic German brewing at Hofbräuhaus Cleveland. The beer-hall concept, which originated in Munich, Germany, can also be found in Columbus, Pittsburgh and Newport, Kentucky.

“We’re doing everything according to the Bavarian Purity Law of 1516,” says Hofbräuhaus Cleveland brewmaster Josh Jones, who formerly worked at Great Lakes Brewing Co. “This might as well be Germany in this brewery, because I adhere to the same laws. I have random visits from brewmasters over in Germany. ... They take it very, very seriously.”

Jones even sends samples of the beers he brews each month for evaluation to see how they match up with the traits each one is expected to possess.

“Then, I get a report card how my beers compare to Germany’s beers,” he says. “Everything from the color to the calories to the bitterness. ... We’re averaging 96 to 98 percent.”

It’s easy to overlook all that goes into the beer given the energy of the place, from the live polka music to the servers in authentic  garb to the menu of German cuisine that ranges from schnitzel to sauerkraut balls. But Hofbräuhaus doesn’t bill itself as “the craft bier of Bavarian kings” for nothing.

Just beyond the view of guests, a long row of steel tanks is where Jones perfects each batch of the beer hall’s four year-round drafts and 12 seasonal varieties using imported barley, hops and yeast from Germany. Only the water is local.

With all that time and space tied up in a single batch, Jones says an efficient brewing system that can capture and reuse energy created during the beer-making process is a vital part of Hofbräuhaus’ approach.

The beer hall’s Playhouse Square location makes it a popular spot for show patrons and downtown visitors alike, and a great weekday happy hour from 3 to 6 p.m. brings half-price beers and appetizers. The way Jones sees it, if he’s doing his job right, the beer you’re hoisting just blends into the overall experience.

“One of our challenges is we’ve been fighting to establish that we are a craft brewery,” Jones adds. “Would I like to brew some crazy, off-the-wall style? Yeah. But we take pride in brewing true German beers.” 1550 Chester Ave., Cleveland 44114, 216/621-2337, hofbrauhauscleveland.com