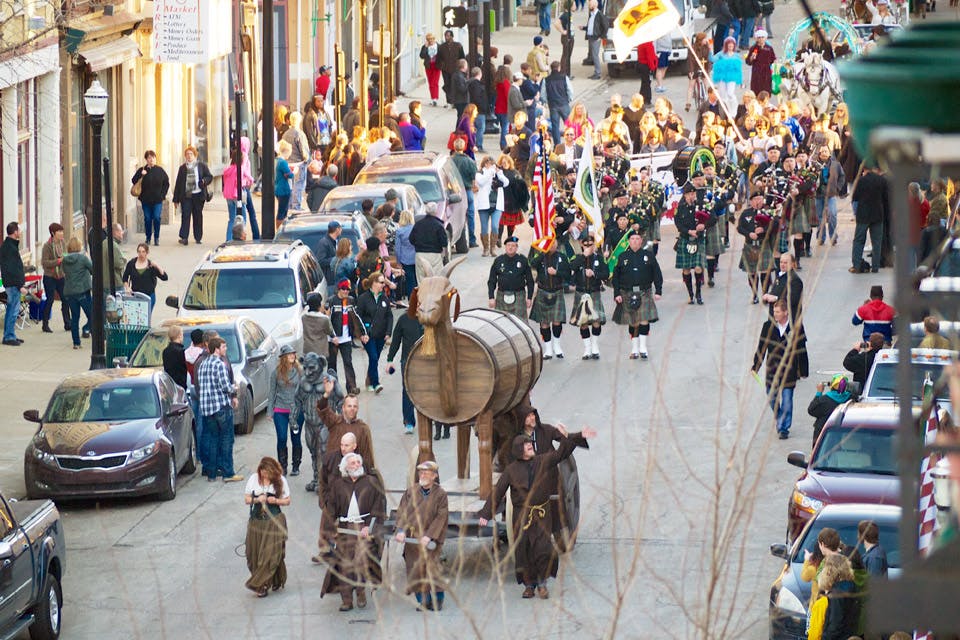 Cincinnati’s Bockfest turns 25 this year, offering beer lovers a taste of the city’s storied brewing past.

The roots of bock beer stretch back to 1600s Germany, when monks sought to brew a drink nutritious enough to sustain them as they fasted during the Christian time of Lent. Their concoction ultimately got the endorsement of the pope, and, to this day, cities with a strong German heritage and brewing history pay tribute to those ingenious monks of old.

March 3 through 5, Cincinnati will mark its 25th Bockfest celebration in the city’s Over-the-Rhine neighborhood. The annual event had experienced a period of decline until Mike Morgan took over between 2006 and 2015. He was the one who revived Bockfest’s comedic parade inspired by New Orleans’ Krewe du Vieux.

These days, he helms Dr. Morgan’s Hangover Relief Tour of OTR, a walking tour that merges Over-the-Rhine’s  pre-Prohibition past with the city’s brewing renaissance. We asked Morgan what to drink, eat and see in order to experience Bockfest like a pro.

Drink This: Morgan recommends Christian Moerlein Brewing Co.’s Emancipator Doppelbock, which was originally brewed to commemorate the 75th anniversary of the end of Prohibition. He says another great choice is Hudepohl Brewing Co.’s bock beer. Just be careful. Bock beer has a higher alcohol percentage. “It’s a range,” Morgan says, “but it’s usually between 6 and 12 percent.”

Eat This: Morgan recommends grabbing a seat at Arnold’s Bar and Grill or Washington Platform. “Although their menus wind up looking very different, what both of them do is create Bockfest- and Renaissance-inspired dishes,” Morgan says. “Wild game, locally made sausage, there’s a lot of goat.”

Do This: Visit Bockfest Hall at the Christian Moerlein Brewing Co., where events are hosted throughout the weekend. You can also jump on Morgan’s walking tour for the inside story on Cincinnati’s rich brewing history. “We go into a 19th-century lagering cellar that’s about four stories underground,” Morgan says.