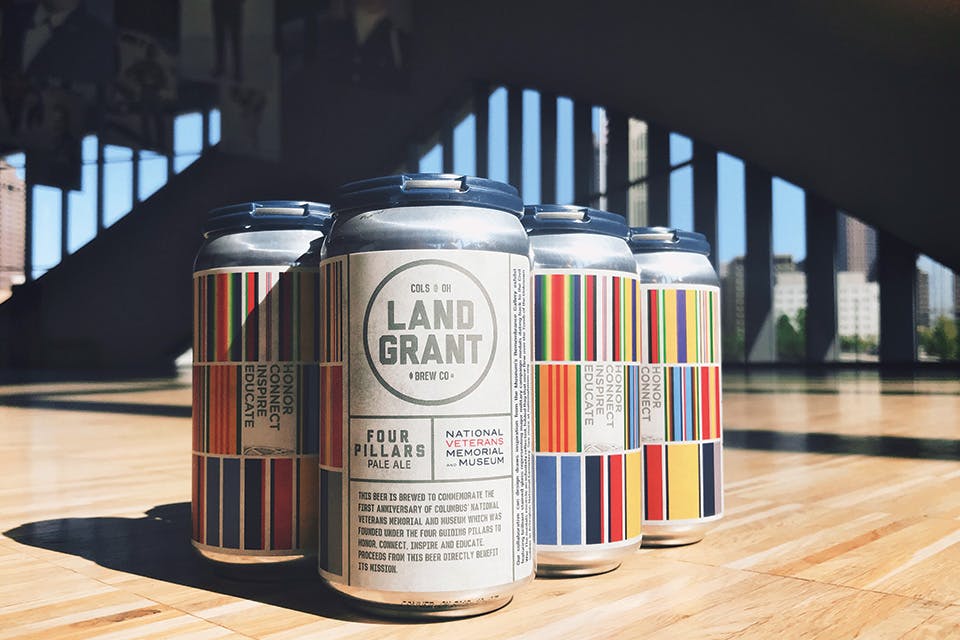 New Breweries, Beers for a Cause & More

Learn about three new freshly tapped breweries, find out how a trio of beer-makers are supporting their neighbors and dive deep into IPAs, sours and more

Good Neighbors
These breweries get creative with collaborations that help support the local community.

Hoppin' Frog Brewery, Akron: Hoppin’ Frog Brewery founder and brewmaster Fred Karm used to donate gift baskets of his brews to charitable auctions. Then, he decided to donate something even better: the opportunity to brew your own beer with Hoppin’ Frog’s staff. After choosing a style, making the beer and naming it, those who snag the opportunity get a supply of their brew as well as the honor of having a limited supply of their bottles sold at Hoppin Frog’s Akron taproom. hoppinfrog.com

Listermann Brewing Co., Cincinnati: Located near the Cincinnati Zoo & Botanical Garden, Listermann Brewing Co. serves as an after-work watering hole for zoo staffers. When the zoo’s now-famous hippo Fiona was born two months premature in 2017, the brewery asked if it could make a beer with a portion of the proceeds benefitting Fiona’s care. The Team Fiona beer lives on, and Listermann has since crafted other zoo-themed brews with a charitable hook. listermannbrewing.com

Freshly Tapped
Try this trio of craft breweries that have opened their doors within the past 12 months.

Dead Low Brewing, Cincinnati: Located near the Ohio River and named for the minimum navigable depth of a waterway, Dead Low Brewing incorporates the city’s rich history with river boats into its taproom artwork and beer names. This bright and roomy brewpub opened in October and features a full food menu (including vegetarian and gluten-free options) and close to a dozen beers brewed in both classic and trendy styles. The brewpub also serves cocktails, wine and nonalcoholic options. deadlowbrewing.com

Outerbelt Brewing, Carroll: Outerbelt Brewing opened in June in this small town just southeast of Columbus, and cans of their well-made beers are already available on shelves throughout much of the state. The brewery’s taproom balances bright colors with rough wood elements to make the space both lively and comforting. Sixteen taps focus on hazy IPAs and lagers with other styles sprinkled in. During warmer months, visitors can enjoy those beers on a large patio. outerbeltbrewing.com

Dankhouse Brewing Co., Newark: A visit to Dankhouse Brewing Co. should be preceded by one important question: You like IPAs, right? Various versions of the hop-centric style are the stars of the draft list, with options ranging from the Super Fantastic American IPA to the Couch Kush’n American Imperial IPA. Taps hosting beer from fellow Ohio craft brewers present other takes on the style as well as options for those who don’t adore IPAs. dankhousebrewing.com

Phunkenship by Platform, Cleveland: Cleveland-based Platform Beer Co., which was acquired by Anheuser-Busch in August 2019, opened its long-planned, warehouse-like space dedicated to the production and enjoyment of sour beer styles in the fall. Dubbed Phunkenship to reflect the unusual brews made here, the tasting room’s hip atmosphere and communal vibe encourages the dissection and discussion of what’s going on in your glass. platformbeer.co/phunkenship

Wild Side Brewing Co., Grand Rapids: While Grand Rapids, Michigan, gets all of the brewing recognition, the small Ohio village that shares its name shouldn’t be overlooked. Wild Side Brewing Co. specializes in barrel-aged sours and wild ales. While the brewery switches out its styles often, beer lovers should be able to get their hands on Sugar Kriek — a golden ale fermented and aged in an American oak barrel with cherries added — from time to time. wildsidebrewing.com