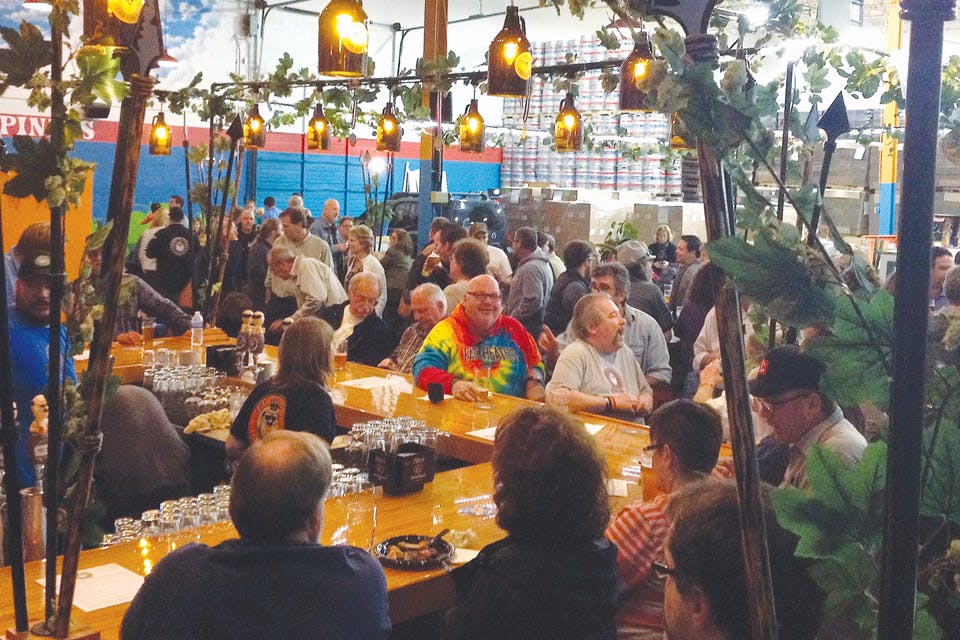 What began as a small pub in Pittsburgh has grown into a craft beer behemoth, with two northeast Ohio locations and a new production facility on the way.

Fat Head’s Brewery first opened as a pub in Pittsburgh. It wasn’t until brewmaster and co-owner Matt Cole expanded the business to Ohio that it boomed. Cole, who already has a production brewery and tap house in Middleburg Heights and a saloon in North Olmsted, is opening a new Middleburg Heights location in 2017. The new facility’s main attraction is a German-style brewing system that offers guests a look at how beer is made. “We wanted the customers to be able to see firsthand how the brewing process works,” says Cole.

The History: In 2009, Cole approached longtime friend Glenn Benigni about opening a brewery in Ohio. The Fat Head’s Pittsburgh location had become a local hangout since its 1992 founding, and Cole hoped to create the same type of place here. “With the economy the way it was in 2009, we were lucky to be able to get the North Olmsted location for the price we did,” says Cole.

The Atmosphere: Fat Head’s Brewery’s North Olmsted location once housed a farmers market. Its interior features exposed beam work and a concrete bar. In Middleburg Heights, wood from old bowling lanes has been repurposed as bars and counter tops. At the new Middleburg Heights production facility and taproom, customers can expect a communal atmosphere and Fat Head’s menu favorites.

The Menu: Cole recommends the blueberry-infused Bumble Berry Honey Blueberry Ale or the Sunshine Daydream IPA  with tropical and citrus notes. The Head Hunter IPA won a silver medal at the World Beer Cup in 2012 and 2014 and a silver medal at the Great American Beer Festival in 2010. “What we are most proud of is the consistency and the ability to win these awards at such large events,” says Cole. Fat Head’s offers four pages worth of food, including its long list of huge signature sandwiches known as “Headwiches.”