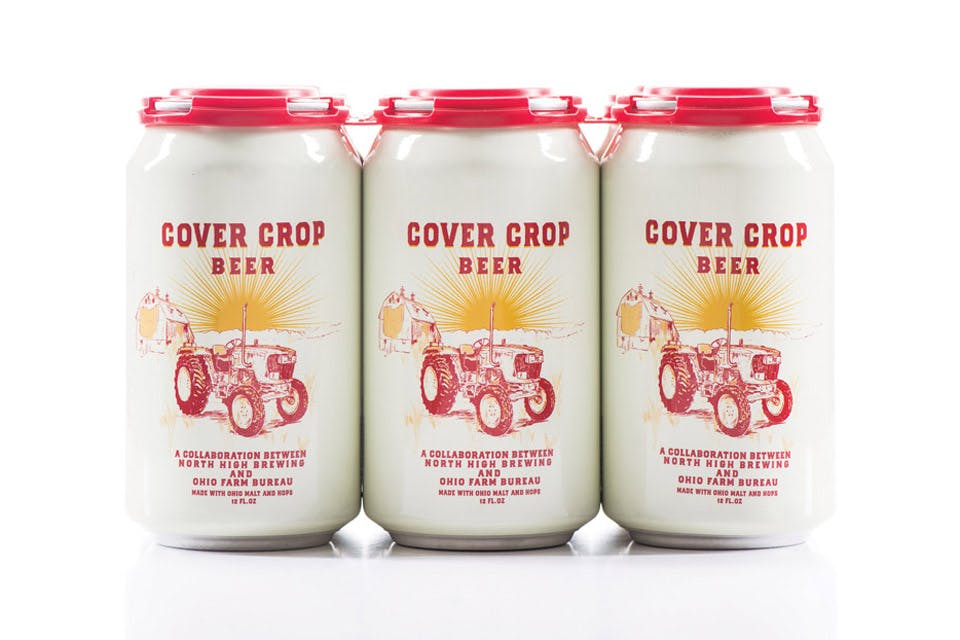 Ohio now boasts more than 300 craft breweries and finished fourth in national beer production in 2018, but a new brew is shining a light on the Buckeye State’s biggest industry: agriculture. In honor of its centennial, the Ohio Farm Bureau teamed with Columbus-based North High Brewing to craft Cover Crop Beer, an easy-drinking, 4.5% ABV blonde ale made with Ohio-grown ingredients.

“We were looking for fun ways to celebrate our 100th anniversary,” says Ohio Farm Bureau executive vice president Adam Sharp, adding that a growing number of organization members are cultivating barley and hops to diversify their offerings beyond corn and soybeans.

Cover Crop Beer uses Ohio barley malt as well as Cascade and Centennial hops from the state’s growing hop industry. The original plan was to make the brew available across Ohio through the end of 2019, but the beer will now be kept around beyond that.

“We all wanted a beer made with Ohio ingredients,” says Jason McKibben, brewmaster at North High Brewing. “People are being reawakened to discover a lot of things can be grown in Ohio, right in their backyard.”

Maybe most exciting of all, Cover Crop Beer is selling well in markets that have traditionally mostly purchased from large beer producers such as Anheuser-Busch. The collaboration with the Ohio Farm Bureau is helping get Cover Crop Beer into the rural communities where its ingredients are grown — areas where craft beer has traditionally struggled to gain a foothold.

“More local beer means more local markets for farmers who grow the ingredients,” says Sharp. “Probably more important is the opportunity for craft beer to create a conversation about agriculture. What better way to start a conversation than over a cold one?”

For more information about Cover Crop Beer, visit northhighbrewing.com. To learn where you can buy the brew in stores, visit ofbf.org and type “Cover Crop Beer” in the search box.