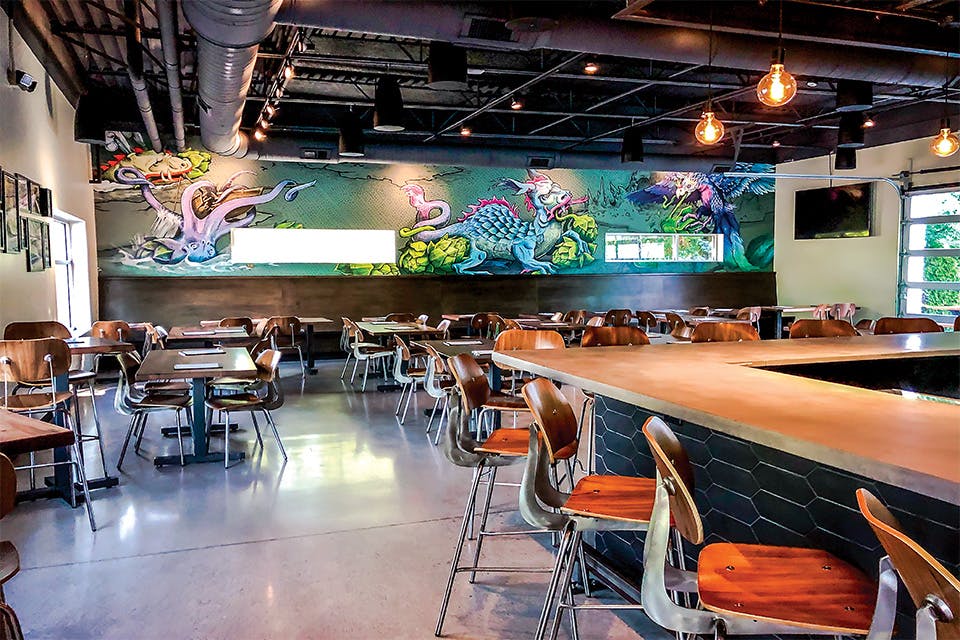 This beloved capital-city craft brewery now has a taproom attached to its production facility, where Eric Bean showcases a wide range of styles.

Open since 1988, Columbus Brewing Co. is one of the city’s longest-running breweries, earning national acclaim for its Bodhi and Creeper double IPAs. But while the brewery’s offerings have been ubiquitous on taps and shelves, the one missing element has been the ability to go directly to the source.

While other breweries debuted taprooms where customers could enjoy a pint before filling a growler, Columbus Brewing Co. owner and brewmaster Eric Bean took his time to build out a gathering space. In September 2019, he opened a taproom attached to his brewery’s production facility on the city’s near west side. The somewhat isolated location in a light-industrial area makes it even more of a destination.

“We call it an industrial oasis,” Bean says. “We love the concrete and the steel of the brewery. … It reflects our commitment to quality and to things being well-crafted.”

At any given time, the taproom features about 20 different beers on tap. They range from pilsners to pales, golden ales to IPAs, porters to stouts, Scottish ales to sours. But Bean and his team excel at bringing out the best qualities in any style.

First-timers should taste the signature Columbus IPA, a deep yellow ale with sweet and pungent hops out of the Pacific Northwest. The Thunderlips pale ale marries a sweet, biscuity center with a strong dose of hops, while the smooth Summer Teeth lager appears during our warmest months.

IPAs are really the focus at Columbus Brewing Co., and nowhere is this more evident than the Bodhi double IPA. The pale golden ale really showcases the citrus and mango aromas and flavors of Citra hops.

“People know CBC through grocery and retail,” he adds, “but we see the taproom as an opportunity to communicate our brand and show a variety of beers. There are only so many beers we can sell on the market effectively.”