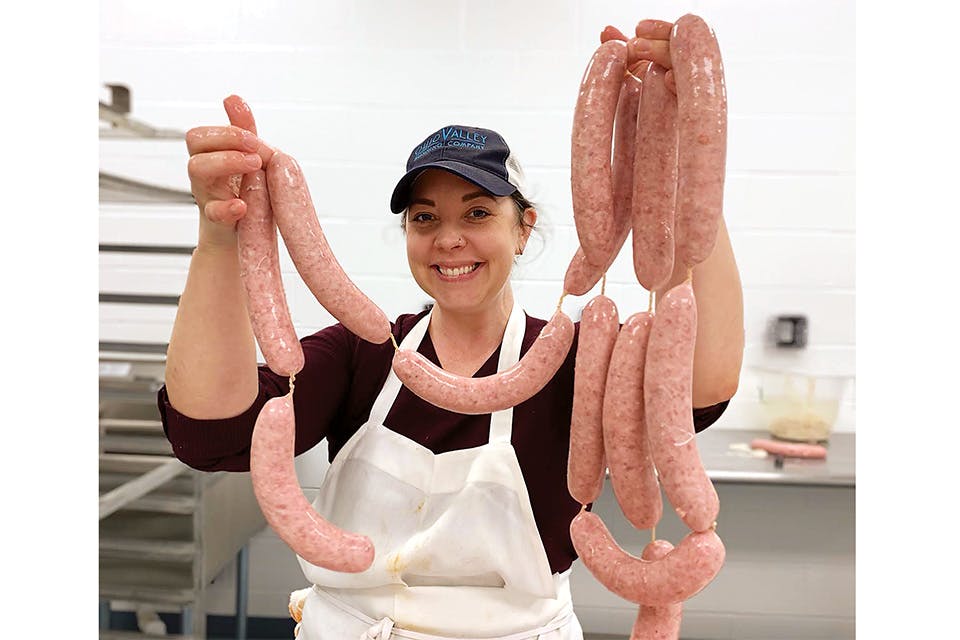 After working with a number of James Beard Award-nominated culinary pros, Clark brings her Pork & Pickles concept to this popular Athens brewery.

Becky Clark grew up off the grid on a homestead in West Virginia. Her parents made everything they could from scratch and foraged, hunted or grew almost all the family’s food.

“I thought it was really uncool as a teenager, but now I see how cool it really was,” says Clark.

She later moved to Athens, Ohio, and then Portland, Oregon, where she ended up working on a farm before going to culinary school.

“I started getting really interested in what local, humanely raised meat looked like from a professional perspective,” she says. “I felt I could make an impact by working with good meat raised on pasture at small farms and using the whole animal. That’s been my focus ever since.”

After working at a world-class charcuterie restaurant in Pittsburgh and for several James Beard Award-nominated chefs, she returned to Athens and founded Pork & Pickles, which focuses on meat and pickled vegetables. The business led to a partnership with esteemed Athens brewery Little Fish Brewing Co. to provide food for its taproom.

“What I do at Little Fish is driven by local agriculture rather than one particular cuisine,” Clark explains. “The way I think about dishes and writing menus is always changing, because availability changes all the time.”

Mainstays include casual options like nachos or Detroit-style deep dish pizza, and most choices include Pork & Pickles’ meats or pickled vegetables. Rotating the menu’s upscale fare is where Clark gets to be creative.

“Right now, we have a quinoa-stuffed sweet pepper with creamy polenta and buttermilk fried chicken with celery root puree with a white bean stew, like cassoulet but on a plate instead of a bowl,” she says. “We want to be a place people come every week. We don’t want to price people out. You can have a pizza and a beer or a multicourse meal with small plates and entrees.” 8675 Armitage Rd., Athens 45701, 740/447-5011, littlefishbrewing.com