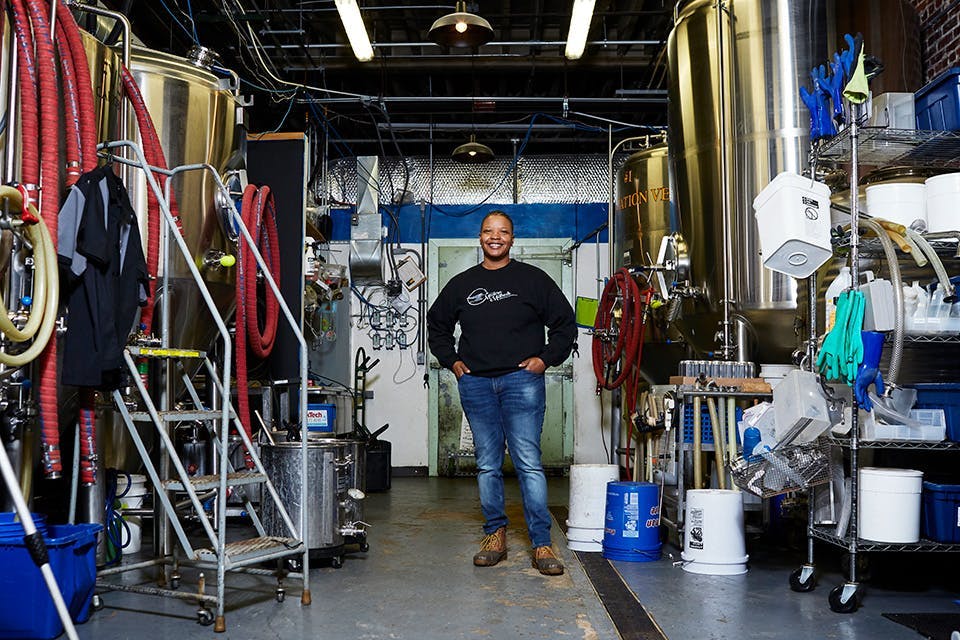 After pitching in at this Warren beer-maker, Ferguson was invited to join the operation, making her the first Black female professional brewer in Ohio.

Hannah Ferguson’s first fermentation love was making cider and wine at home, before becoming interested in beer through a friendship with Sarah Keck, the wife of one of Modern Methods Brewing Co.’s owners, Adam Keck. She began helping out on brew days after the previous assistant brewer moved out of state, and the Warren establishment’s founders took notice of her interest and hard work.

“One day I got a call from Adam asking if I wanted to be assistant brewer,” Ferguson recalls. “I said, ‘Yes, definitely.’ ”

Curiosity drives Ferguson through early brew days starting around 6:30 a.m. and the often grueling work that follows, including hauling bags of malt, shoveling spent grain out of brewing vessels and seemingly endless cleaning. She wants to learn everything, and she wants that growing knowledge to inform the brewery’s diverse range of beers.

“[The owners] give me the opportunity to try new things, add new flavors,” she explains. “They know I love pastry stouts. I’ll take a couple kegs, think of something I want to do with them, and add it to the tap board to see if our customers like it.”

One notable recent example was the Black Is Beautiful beer, which was brewed as part of a nationwide collaboration of more than 1,000 breweries led by Weathered Souls Brewing Co. in Texas. The project was launched early in the summer at the height of national protests against racial injustice, with profits being donated to local organizations promoting equity and inclusion.

“We adjusted the base imperial stout a bit and made it into a pastry stout by adding fresh strawberry puree and cocoa nibs,” Ferguson says with obvious excitement. “I also found an artist to add a spin to the label. They appreciate my nonbrewing history here and my wine side that adds ideas.”

Ferguson is also proud to be the only Black female professional brewer in Ohio.

“That’s a big highlight to me to show other people who look like me and are interested in the industry that they can do this. It’s a market we love, and we can contribute to it. I was proud of the opportunity to be the first.” 125 David Grohl Alley, Warren 44481, 330/333-1594, modernmethodsbrew.com