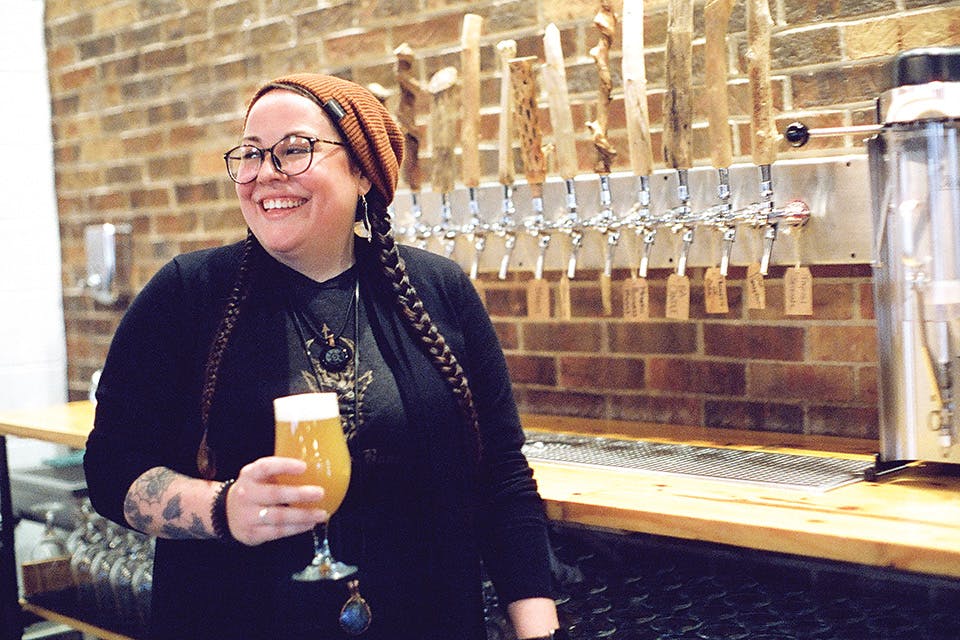 Meagan Belarde had only a casual interest in craft beer before getting hired as a bartender at Dayton’s Warped Wing Brewing Co. in 2016, but it quickly turned into something deeper. Warped Wing provided beer-education opportunities that led to Belarde earning her Cicerone Certified Beer Server status. Since then, her quest for hoppy knowledge has only grown, with Belarde moving on to Dayton’s Branch & Bone Artisan Ales.

“I want to get my level two Cicerone certification,” she says, referring to the organization that accredits beer professionals similar to the Sommelier program for wine.

“As a beer bartender, you have to be knowledgeable about what you’re doing. You’re not just pouring a beer,” she explains. “The people coming in, they’re knowledgeable as well. You have to stay ahead of the game by researching and asking questions. I love sharing my passion for beer with customers and teaching people about beer.”

That passion for knowledge goes beyond just wanting to offer good recommendations and service. Belarde wants to gain more experience on the brewing side of the business as well, which will make her an even better bartender.

“Branch & Bone has allowed me to sit in on brew days a few times, especially when we’ve done collaborations with other breweries,” she says. “We also do an International Women’s Day beer, and we ask all the women to come in to help brew it.”

Belarde says she is especially interested in mixed-fermentation and sour beer styles, which are among Branch & Bone’s specialties.

“I really love the collaboration we did recently with Jackie O’s Brewery called The Hoist,” she says. “It’s a wild ale, and we used the house mixed cultures from both breweries to ferment it and then aged it in wine barrels. I love how the wine barrels bring out different complexities.” 905 Wayne Ave., Dayton 45410, 937/723-7608, branchandboneales.com