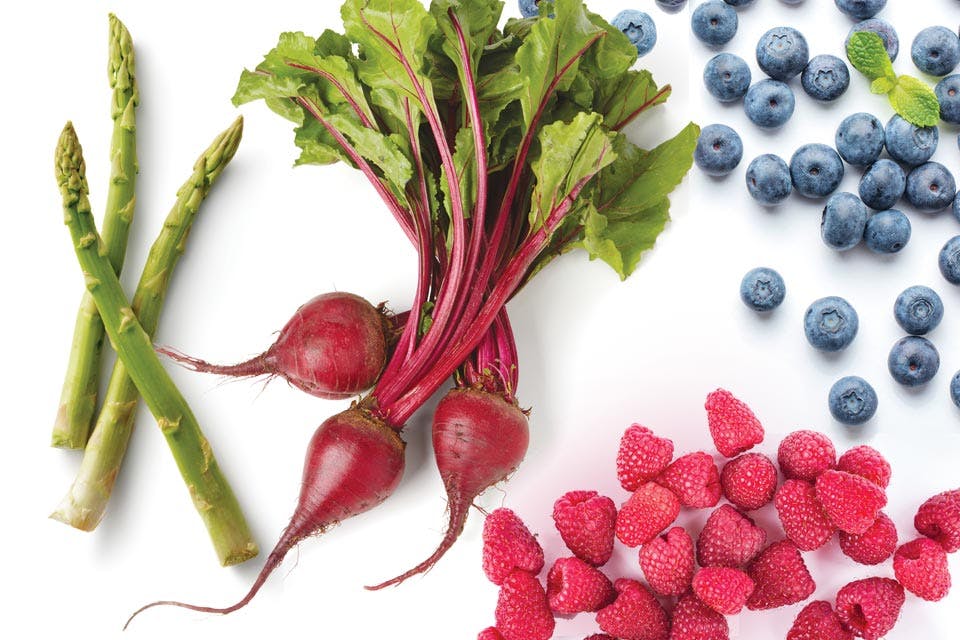 This month means berries, beets, asparagus and more among the fresh local options you may find at your local farmers market.

Blueberries: Often served on desserts, blueberries can also be used to make cocktails in the form of a puree. “Whenever you cook the fruits down, that’s when their flavor really comes out,” Hammond says.

Beets: When preparing beets for a salad or a side, Hammond recommends peeling them after they’ve been roasted and are still warm. “It’s easier if you peel it after you cook it, and especially with the red beets, you want to wear gloves because they stain everything,” she says.

Asparagus: Whether added to a quiche or wrapped in bacon, asparagus can be used as part of a main dish or as a tasty-yet-simple side. “We just blanch it in hot water and then saute it on the stove with some of our herb butter and salt and pepper,” Hammond says.

Red Raspberries: Hammond uses a pureed red raspberry coulis as a garnish for Key lime pie. “You can strain it if you don’t want the seeds,” Hammond says, “and if you want it more rustic and chunky, you can leave the seeds in it.”

DIRECTIONS
Combine ingredients in blender, store up to 2 weeks in refrigerator.

Chef’s Note: Use this coulis to dress up Key lime pie or top ice cream.

Chef’s Note: Create a cocktail by mixing the puree with ice, pineapple or orange juice and any clear liquor.