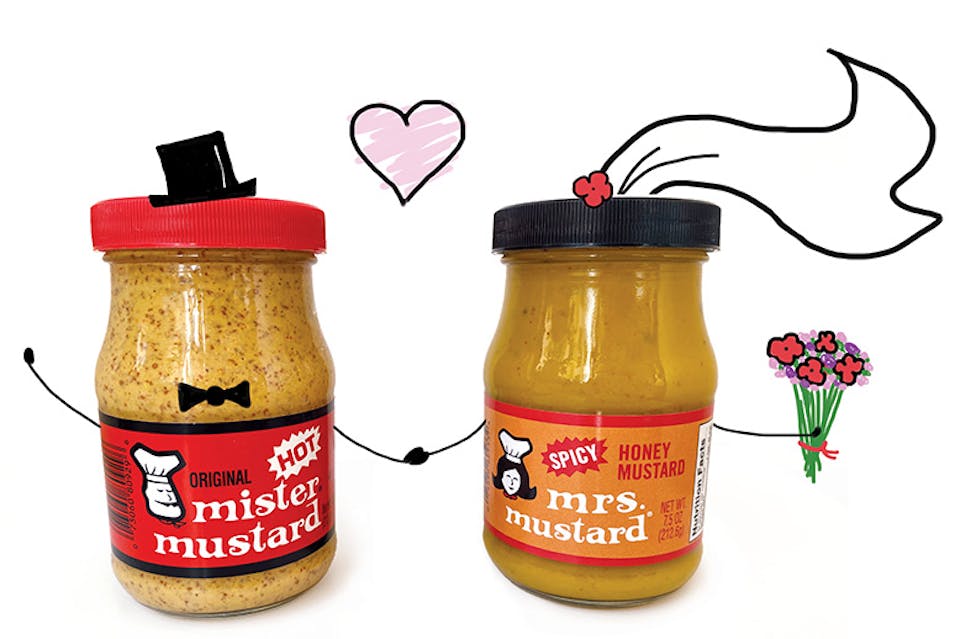 One doesn’t expect a lifelong bachelor over 70 years old to tie the knot, but here we are. Earlier this year, Springfield’s Woeber Mustard Co. announced its beloved, hot and spicy Mister Mustard had met his sweet and spicy match in Mrs. Mustard.

The couple was introduced at Springfield’s annual MustardFest in September. Reaction to Mrs. Mustard made it clear the spicy honey mustard’s pairing with the company’s longtime favorite was going to make it past the dating phase.

“It’s got a lot of the sweetness of the honey, but it’s a hotter product like Mister Mustard,” says Christopher Woeber, director of operations for Woeber Mustard Co., which has been based in Springfield since 1905.

In February, jars of the happy couple went out to Woeber Mustard Co. fans via a promotion. Woeber says the addition of a spicy honey mustard is in line with industry trends. “People have been looking for hotter products across the board,” he adds.

Although Mrs. Mustard has been delayed reaching store shelves, Woeber says the couple will eventually make its public debut. In the meantime, he anticipates Mrs. Mustard will be available in limited quantities this summer via the company’s website. woebermustard.com

Made In Ohio Ohio Eats