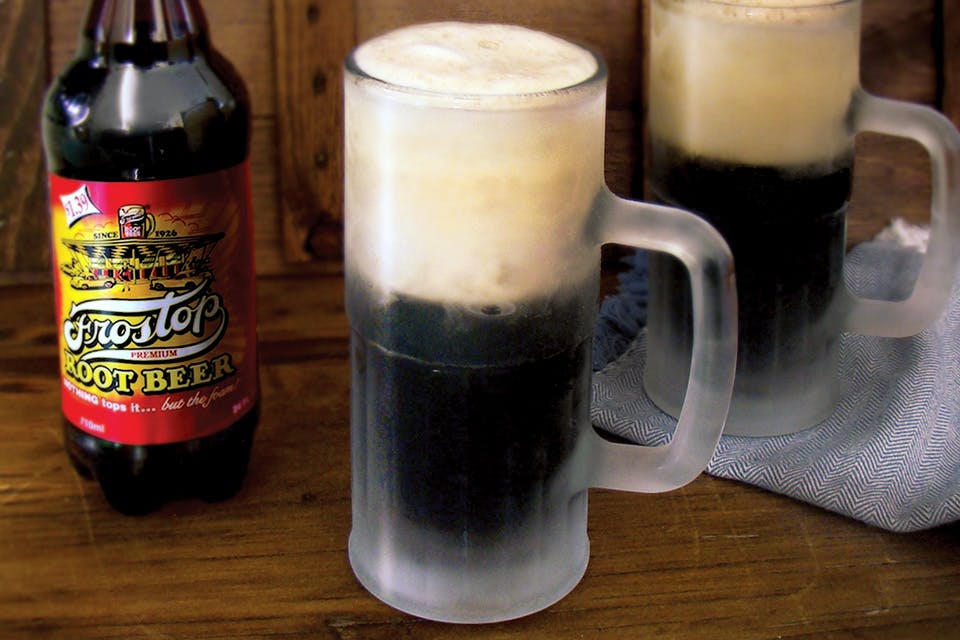 What started in Springfield in 1926 is back on store shelves at Speedway, Ace Hardware and Rural King locations in Ohio.

In 1926, L.S. Harvey introduced his root beer to Springfield, Ohio, offering an original recipe infused with 22 flavors and cold-brewed at 36 degrees. Frostop Drive-In grew to a franchise that had more than 350 locations at its peak. Thirteen of them still operate today in Louisiana, Mississippi, Idaho, Utah, Indiana and Illinois, but the last one in Ohio closed 20 years ago.

In late 2018, Whitehall-based Frostop Bottling Group signed a deal to bring the famous soda to Speedway stores in the Columbus-Springfield-Dayton area. It is also available at 3,000 Ace Hardware stores and all of Ohio’s Rural King locations.

Brian Lee, one of the co-owners of Frostop Bottling Group, and three friends bought the Frostop brand from Columbus’ C-B Beverage Corp. in 2012. Lee and his team soon began brainstorming ways to keep the famous soda flowing for a new generation, handing out free samples at Ohio fairs and festivals to both reacquaint the public with the product and introduce others to it for the first time.

“I used to see Frostop Drive-Ins when I was traveling with my family, so when this whole thing came to fruition, I thought it would be great.” says Lee, who spent 32 years as an investment banker before focusing solely on Frostop in 2012. “We sell a lot of our product through stores, and we would love to be in every store in the state at some point.”

“Nostalgia is a big part of our business,” Lee says. “We look back at the drive-ins as better times, but people like the retro look. To us, it’s not retro … that’s just our brand.”