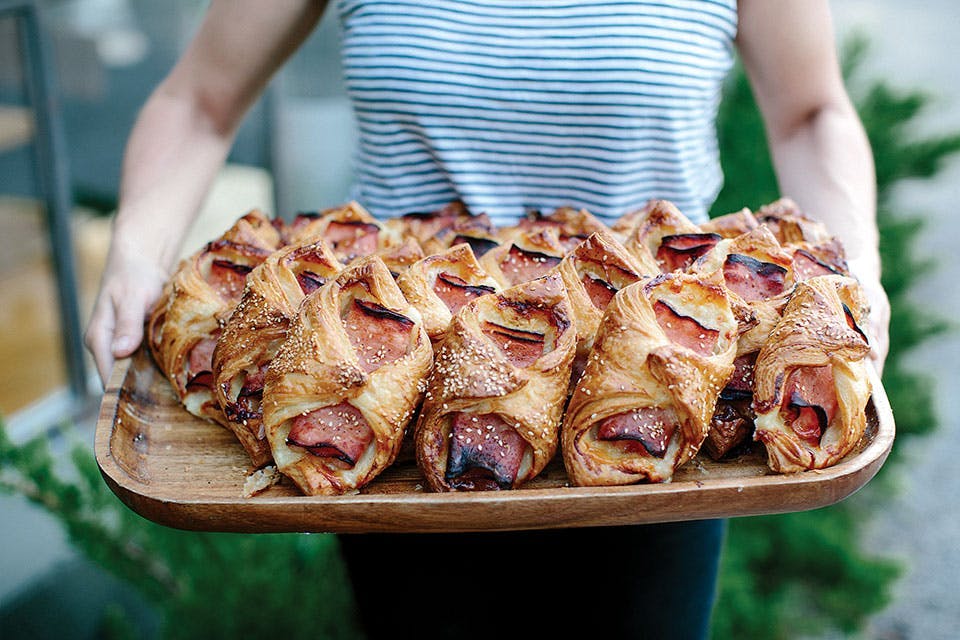 Fox in the Snow Cafe, Columbus

Lauren Culley and Jeff Excell designed Fox in the Snow Cafe to create conversation and community. The pastries are unlabeled, and the counters are low to prompt interaction between customers and staff. There’s also no Wi-Fi, which encourages patrons to connect with one another over cappuccinos and egg sandwiches.

Opening first in Columbus’ Italian Village in 2014, the cafe has since expanded to locations in German Village and the suburb of New Albany. Behind all the buzz are Culley and Excell, who first met through the coffee business in Brooklyn. 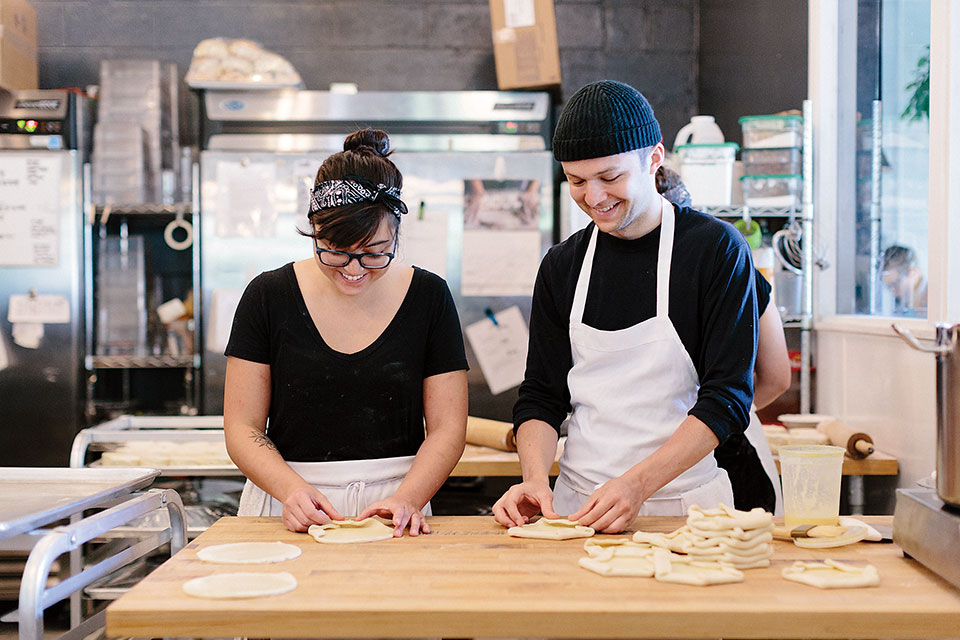 Culley, a central Ohio native, began volunteering nights and weekends at local bakeries while she worked in publishing. After landing a job as a kitchen assistant at Blue Bottle Coffee, she met Excell, cafe manager, on her first day. A trip home in 2013 prompted Culley to return to Columbus and open a shop that pairs quality coffee with scratch-made pastries. She and Excell had been dating for just four months at the time, but he didn’t hesitate to jump on board.

“We were lucky enough to be popular in the beginning,” Culley says, “now I feel like we have a true community.” 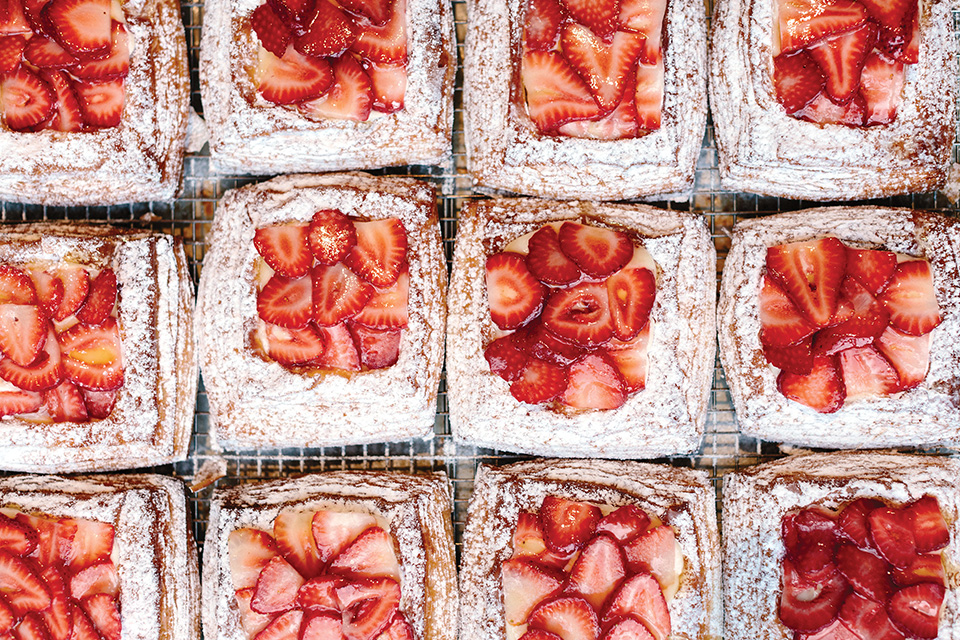 The cafe’s artfully stacked spread of pastries quickly catches the eye. Hexagonal galettes are piled with blueberries, and sugar-dusted donuts ooze with vanilla custard. Giant slabs of dark chocolate brownies are sprinkled with salt, while pecans top the sticky buns. Golden flaky biscuits are filled with jam and dusted with honey and salt. The cafe’s top seller is its towering cinnamon rolls: delightfully puffy dough generously smeared with icing. It easily serves two or three, although the temptation to hoard it is strong.

Visit and it’s easy to see why locals have embraced Fox in the Snow. The way Culley sees it, they’re the ones who make the place what it is.