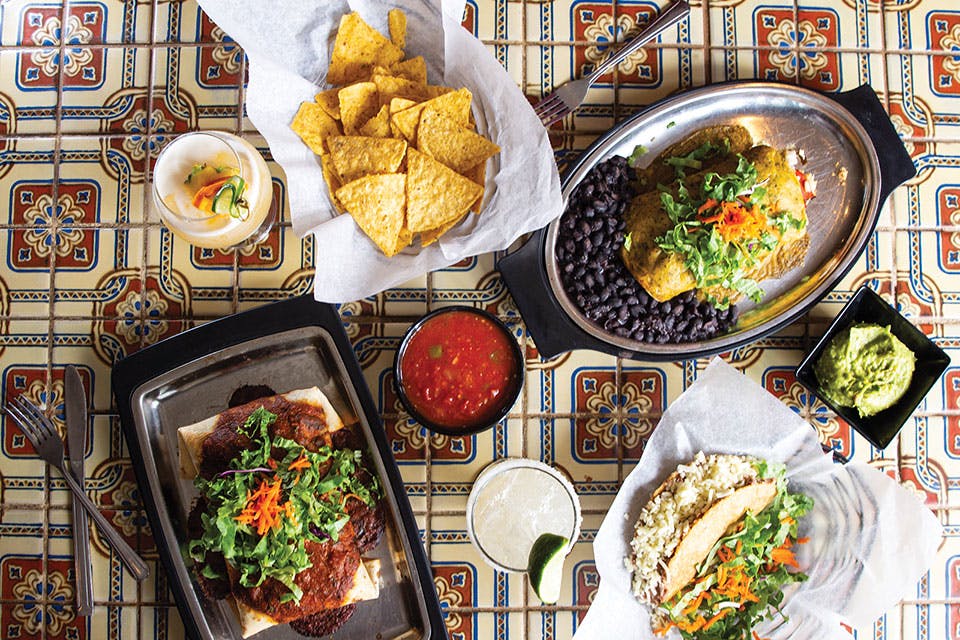 Casa Nueva is serious about local ingredients, making it a favorite among Athens residents, Ohio University students and travelers alike.

Casa Nueva has been a mainstay of Athens’ dining scene since 1985, launched as a cooperative of worker-owners who all had previous experience in the restaurant industry. In this model, owners can take on multiple roles within the business if they choose to do so. Tracy Turner started at Casa Nueva in 2013 and became a full worker-owner six years later.

“I cook, I bartend, wait tables, I’m the HR food coordinator in charge of hiring and training kitchen staff,” she says. “It’s never a dull moment, that’s for sure.”

The eatery has carved out a niche serving what Turner jokingly calls “hippie Mexican,” with breakfast, lunch and dinner menus focused on scrambles, huevos rancheros, burritos, enchiladas and house-made salsas. A major part of the restaurant’s focus is farm-to-table dining, drawing on the bounty of southeast Ohio.

“We really try to think about the food we’re using and making sure we use local producers,” says Turner. “It’s literally in your backyard, why wouldn’t you use it?”

“It’s hard to find anybody uptown not using them,” Turner says.

Casa Nueva’s food is complemented by a full bar. The staff infuses a variety of vodkas and tequilas with fruits and other flavors to make favorites like spicy margaritas, pineapple rum mojitos and a bloody mary infused with garlic and peppercorns, dubbed the Van Helsing. The bar menu is rounded out with local beers from Jackie O’s Brewery, Devil’s Kettle Brewing and Little Fish Brewing Co.

One of the must-try dishes is the huevos rancheros: two Shagbark Seed & Mill corn tortillas baked with Monterey Jack cheese, peppers, onions and eggs cooked to order. Like most dishes, the huevos come with sides of Casa Nueva’s salsas, which range from mild to hot to black bean to verde and can be purchased by the pint or half pint to take home. The biscuits and gravy are another favorite, pairing homemade buttermilk biscuits with what Turner calls a “soysage” gravy. She also recommends the scramblers, which feature different seasonal ingredients. Diners really can’t go wrong, given the care that goes into each dish.

“That’s the love that’s put into the food,” Turner says. “Everything is prepped by hand. We don’t get bags of lettuce or bags of onions. We have preps who chop up all that stuff.”