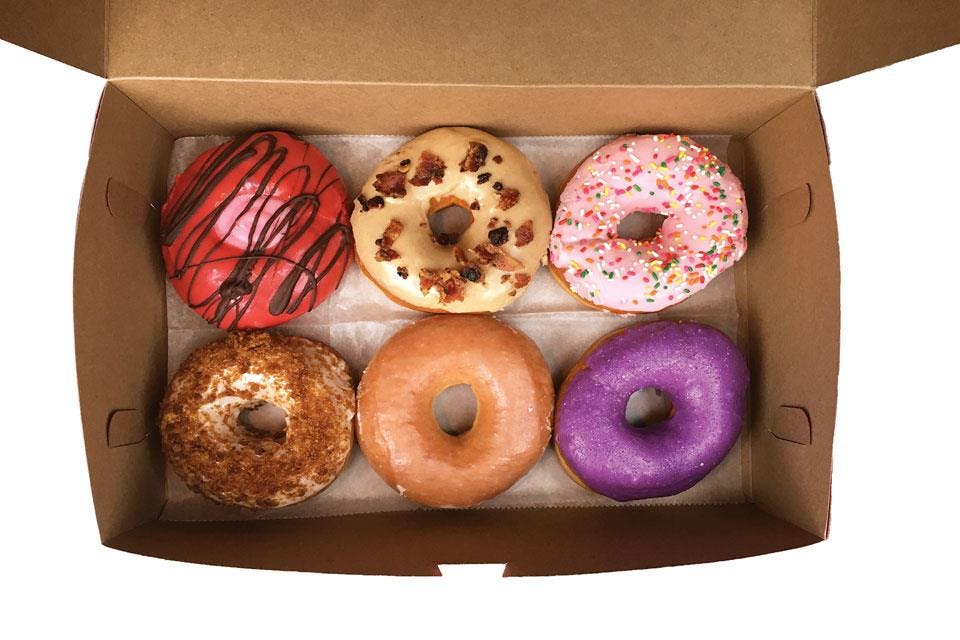 John and Shelley Pippin mix craft beer into their doughnut recipes, creating a delicious way to start the day.

Craft beer and doughnuts may not seem like they go together, but that’s only because you haven’t tried what John and Shelley Pippin have been making at Brewnuts in Cleveland’s Detroit-Shoreway neighborhood since 2017.

The shop’s daily lineup of 12 doughnut flavors changes frequently, but it also has three house specialties available all the time: classic glazed (made with Great Lakes Brewing Co.’s Dortmunder Gold), strawberry with sprinkles (often made with Rhinegeist Bubbles Rosé Ale) and maple bacon (made with a brown ale or Coffee Red ale from Sibling Revelry Brewery).

The beer is reduced down to a syrup and replaces much of the sugar traditionally used in doughnut-making, while the alcohol present in the beer is reduced to trace amounts through the cooking process. The result is a lightly sweet doughnut that doesn’t taste like a sugar bomb.

“From the beginning, we cut down the sugar a ton,” John says. “We use a lot of natural sugars that are in the beer.”

The Pippins originally sold their creations at local events and flea markets until they snagged space in Cleveland’s Tremont neighborhood in 2014, thanks to a local business-development program.

The couple’s concept tasted great, but the final step was selling a traditionally blue-collar town on the idea of paying a few bucks for a doughnut.

“Cleveland always had the mom-and-pop shops,” John says. “We knew a $3 doughnut was something Cleveland didn’t have. ... It was just educating people about why it’s a $3 doughnut.”