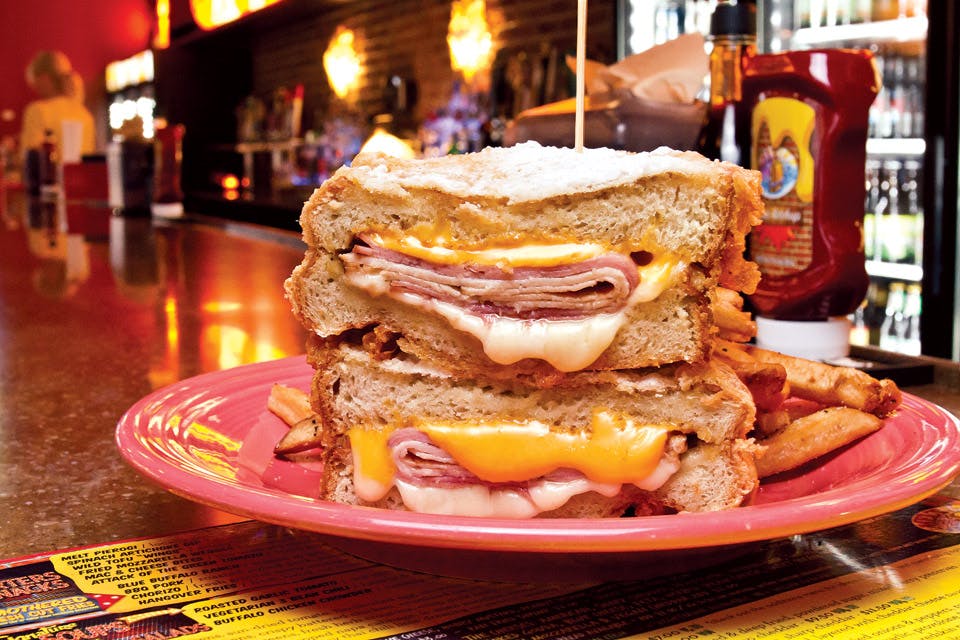 If you like cheese melted and piled high with lots of other good stuff, you’ve come to the right place.

Tom + Chee, Various locations
Tom + Chee began in a tent by the ice rink on Cincinnati’s Fountain Square, serving grilled cheese, tomato soup and hot chocolate. Since 2009, the business has grown from a simple stand to 12 franchise locations throughout the state and beyond. The eatery’s Ohio roots can be found in the Cincinnati-centric Westsider, which mixes pepper jack cheese, applewood smoked bacon, goetta, a fried egg and hot sauce. “I could eat that every meal of the day,” says John Gerth, who owns the three Cincinnati-area Tom + Chee locations. “It doesn’t matter whether it’s breakfast, lunch or dinner.” Try This: The Classic Grilled Cheese Donut serves the morning staple cut lengthwise with mild cheddar cheese melted in between. As of January 2022, Tom + Chee has six franchise locations in southwest Ohio. A Pittsburgh location is coming soon. tomandchee.com

Melt Bar & Grilled, Various locations
Since opening in Lakewood in 2006, Matt Fish’s gourmet grilled cheese restaurant has grown to 13 locations, including nine in northeast Ohio, two in Columbus and even a spot at Cedar Point. The eatery is known for hulking melts, such as its Backyard Chicken BBQ and Lake Erie Monster. “I had always been kind of testing them out and trying different ingredients, different bread, different cheeses,” Fish says of his grilled-cheese concept. “I found that you could almost do anything with it.” Try This: The battered-and-deep-fried Monte Cristo features honey ham, smoked turkey and Swiss and American cheeses. It’s topped with powdered sugar and served with berry preserves for dipping. As of January 2022, Melt has nine locations statewide, plus three satellite locations, including Cedar Point. meltbarandgrilled.com

Paddy Jack’s, Toledo
In 2012, Anthony and Brooke Varwig found a new career path after the pharmaceutical salesman and special-education teacher stopped at a grilled-cheese window in Chicago. Today, about a quarter of the menu at the couple’s shop begins as a sandwich-of-the-month special, such as the Memphis Mac featuring barbecue pulled pork, caramelized onions and mac and cheese. “[One regular] said, ‘Son, that’s the best grilled cheese I’ve ever had in my life,’ ” Anthony recalls. “When a 70-year-old gentleman tells you that, I [take] a lot of pride in that.” Try This: The Loco Jack combines turkey, cream cheese, provolone, Swiss and Doritos, served with a signature sauce. 6725 Central Ave., Toledo 43617, 419/725-9048, paddyjacks.com 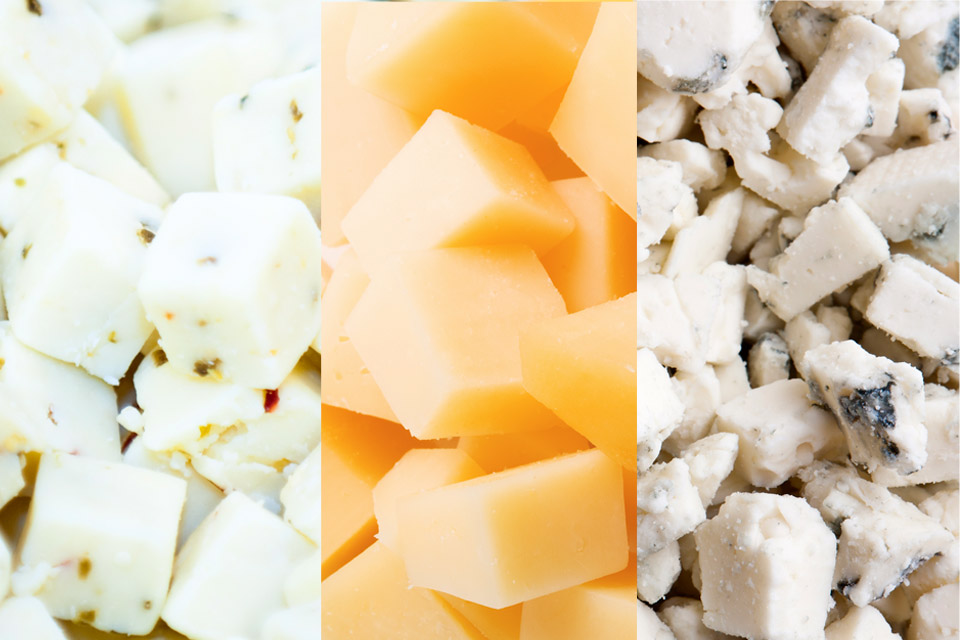 Pepper Jack Cheese: Fish serves this spicy cheese with bacon because it complements the smoky flavors of the meat. “If you put [bacon] with a Muenster, provolone, American or mild cheddar, the flavors will be there, but they won’t stand up to the bacon or on top of the bacon or even challenge the bacon,” Fish says.

Smoked Gouda:Fish suggests pairing this strong cheese with meats such as roast beef or steak. “If you mix [smoked Gouda] with anything subtle it will get lost because the cheese is the primary flavor,” he says. “Roasted meats have really nice bold flavors.”

Blue Cheese:This pungent cheese goes well with fruits — namely apples, pears, plums and peaches. Just think of a cheese board, Fish says. “It’s the sweet and savory combination. Blue cheese is real creamy, so it stands up to and adds to the sweetness of the fruit.”