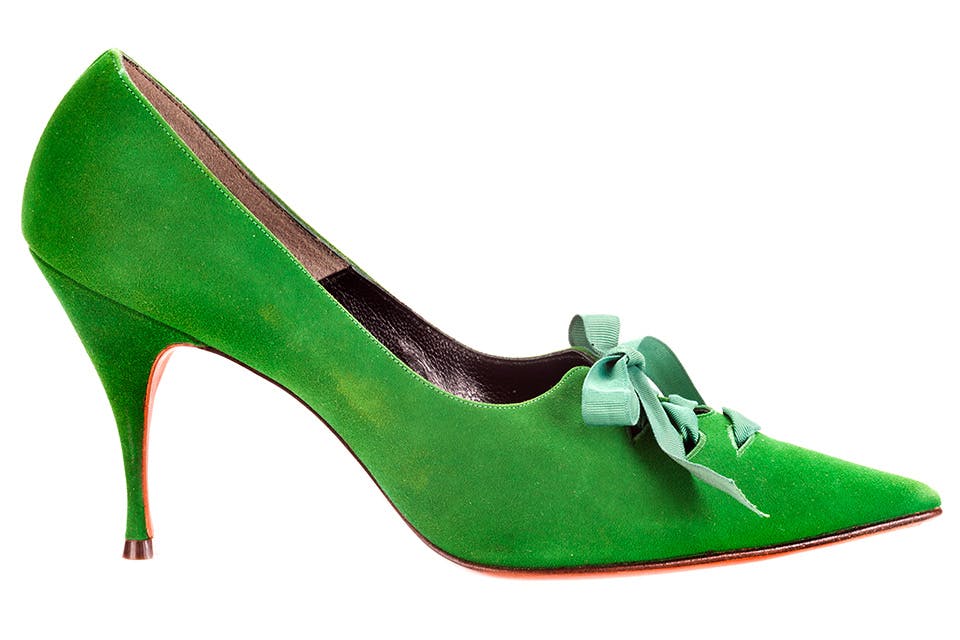 ‘Walk This Way’ at Taft Museum of Art

Historic and fascinating women’s shoes from the collection of famed footwear designer Stuart Weitzman step into the spotlight in Cincinnati.

From footwear worn by Jazz Age flappers to a pair of leather and suede spectator pumps signed by 27 members of the 1941 New York Yankees, prepare to take a step into the past at the Taft Museum of Art. “Walk This Way: Footwear from the Stuart Weitzman Collection of Historic Shoes,” organized by the New York-Historical Society, features over 100 pairs of women’s footwear. The Taft Museum of Art is the first Midwest institution to host the collection, which will be on display through June 6.

“Visitors will be happy with the shoes that they see and also be pleasantly surprised by the really rich and perhaps unexpected stories that we tell throughout the exhibition,” says Ann Glasscock, assistant curator at the Taft Museum of Art.

Prominent high-end shoe designer Stuart Weitzman and his, wife Jane Gershon Weitzman, have spent several decades adding to the collection. The exhibition ranges from historic shoes from the 19th century to shoes created by Weitzman himself, including a pair of glass slippers he crafted for the Broadway production of “Cinderella” in 2013.

The stories told throughout the exhibition’s five sections span collecting, presentation, consumption, production and design. One item sure to catch the eye of many museum visitors is a 1964 green suede pump design by Seymour Weitzman, Stuart’s father.

“This shoe, in my opinion, is just incredibly chic, and there is a perfect balance between its bold silhouette and the delicate ribbon-tied bow,” Glasscock says.

The collection also spotlights women’s contributions to the production of footwear, as female designers were becoming more commonplace by the second half of the 20th century. Many of the shoes reflect the progression of fashion and women’s rights over the past two centuries, including a pair of satin wedding shoes from 1838 and the inclusion of a handful of shoes worn by suffragists fighting for the right to vote.

“This is a chance to not only learn about women’s footwear,” Glasscock says, “but also women’s history in general.”