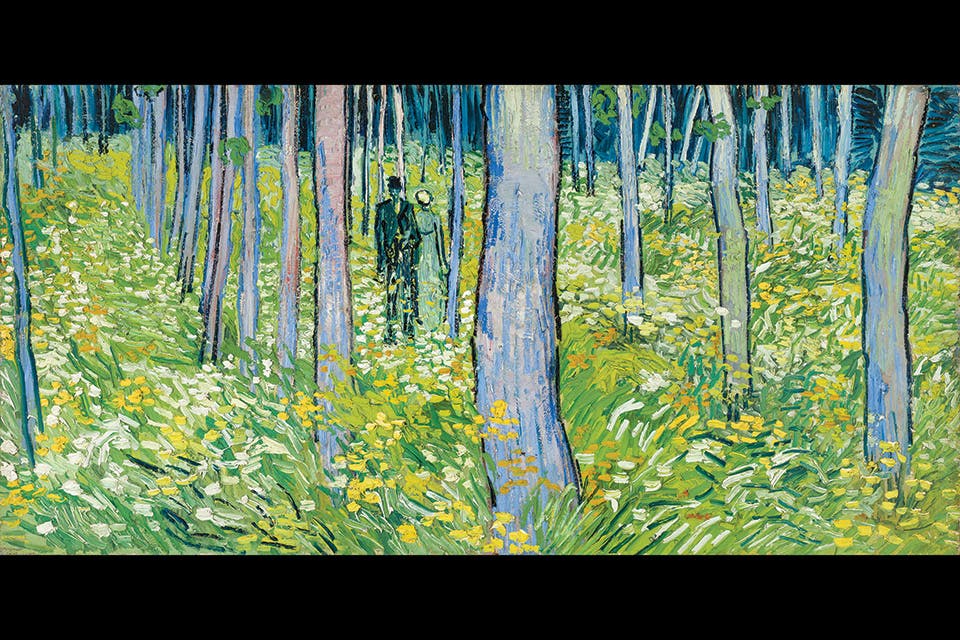 ‘Through Vincent’s Eyes: Van Gogh and His Sources’ in Columbus

This large exhibition delves into the artists who inspired and shaped the style of one of the world’s most famous painters.

Almost everyone is familiar with Vincent van Gogh’s works. As one of the most famous painters of all time, his pieces like “The Starry Night” and his “Sunflowers” series are iconic. But far fewer people are familiar with what inspired Van Gogh during his decade as an artist prior to his death in 1890.

A new exhibition, “Through Vincent’s Eyes: Van Gogh and His Sources,” at the Columbus Museum of Art, Nov. 12 through Feb. 6, aims to change that. A partnership with the Santa Barbara Museum of Art, where it will travel in February, the exhibition takes a deep dive into the influences that shaped Van Gogh’s art.

“We know that he was profoundly influenced by other artists and we know in detail about the painters that mattered to Van Gogh because of his extensive correspondence with his brother Theo that have been widely published,” says Columbus Museum of Art chief curator emeritus David Stark. “They give us an indication of what was going on in his mind in terms of what he saw in real life, as well as the artwork, artists and books that were important to him.”

The exhibition features 17 works by Van Gogh, from his early days creating realistic depictions of peasants of the rural Dutch countryside to his subsequent works that show the influence of impressionism and pointillism. It includes the 1890 painting “Undergrowth with Two Figures,” depicting a couple in the woods, and “The Potato Eaters,” an 1885 lithograph of peasants eating dinner.

Van Gogh’s art is presented with over 120 works by other famous names — Paul Gauguin, Édouard Manet, Claude Monet and Henri de Toulouse-Lautrec — as well as Japanese prints and pieces by lesser-known artists. Early edition novels by authors Van Gogh loved, including Charles Dickens and Victor Hugo, round out the exhibition. The Cincinnati Art Museum, Cleveland Museum of Art and Toledo Museum of Art loaned works from their collections for the exhibition, and co-curator Steven Naifeh, author of the biography (along with the late Greg White Smith) Van Gogh: The Life, contributed 67 works of art from his private collection.

“Visitors who love Van Gogh will come away with the satisfaction of having seen works that span the career of the artist in addition to this exposure [to] a world of painters from Van Gogh’s own time and artists who preceded him,” says Stark.