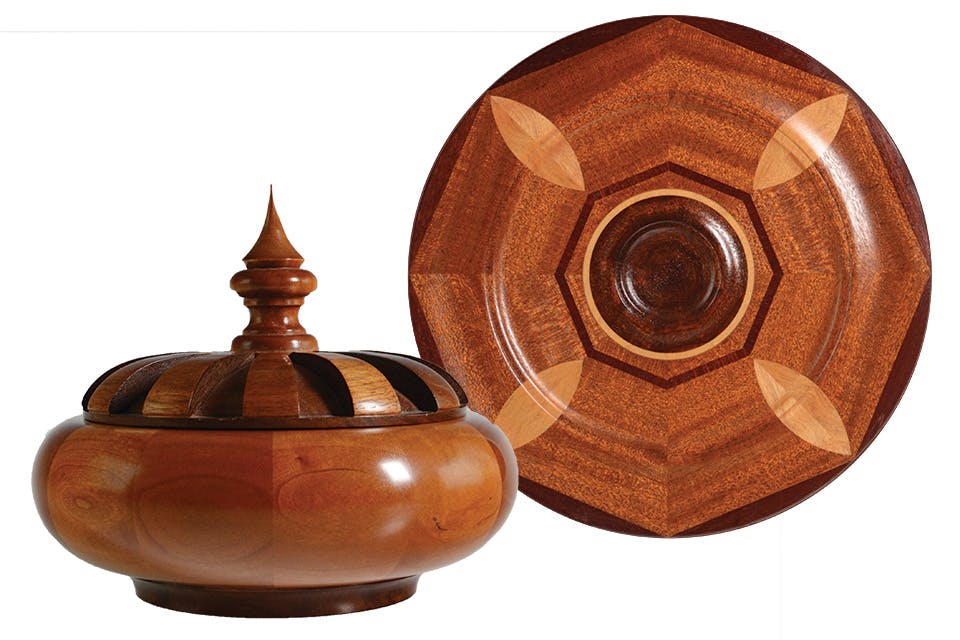 The Zanesville Museum of Art showcases the work of a local craftsman who hit his artistic stride during retirement.

Muskingum County native Wilbur C. Mock began his woodworking career in 1950. The then-20-year-old apprenticed at Schrock’s Woodcraft and worked at Taylor Woodcraft, all the while studying architectural drawing. In 1954, he opened his own woodworking shop, Mock Woodworking Co. in Zanesville, and ran it for decades before retiring in the 1990s.

Soon after his retirement, Mock took up the hobby of woodturning, creating a variety of beautiful and intricate pieces in the years that followed. Thirty of his works are on display at the Zanesville Museum of Art in “The Wood-Turned Artistry of Wilber C. ‘Wib’ Mock,” an exhibition arranged with the help of Doug Mock, Wilbur’s son, who took over his father’s business and is now himself in the process of retiring.

“Doug Mock reached out to me with an idea to celebrate his father’s artistry with the community,” says Laine Snyder, executive director and chief curator at Zanesville Museum of Art. “Within 24 hours I said, ‘yes.’ I was blown away. His work is so different from others.”

Pieces on display as part of the exhibition include plates, vases, lidded vessels, boxes, a candleholder and bowls in intricate patterns that bring out the natural, earthy look of the wood. Mock created his pieces using both exotic woods as well as those native to Ohio, like cherry, maple, oak and walnut. Snyder says the exhibition is part of the institution’s legacy of recognizing the artistry of the region as well as works by nationally and internationally known artists.

“Zanesville Museum was started in 1936 by philanthropists,” she adds. “It has a long history exhibiting local work.”