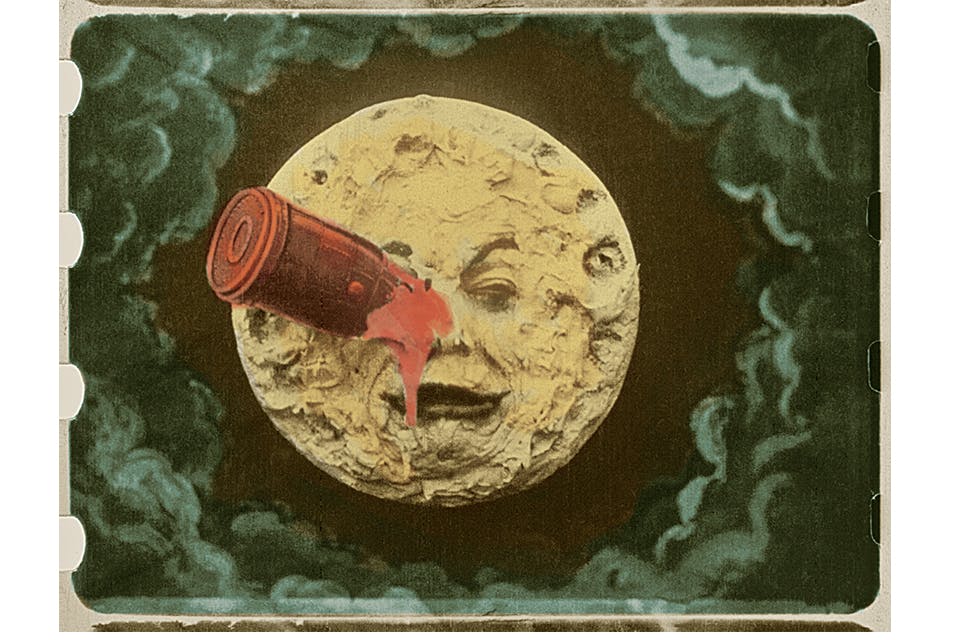 ‘The Distance of the Moon’ at Akron Art Museum

This exhibition at the crossroads of arts and science features a wide range of depictions of our neighbor in the night sky.

Annie Wischmeyer’s love of all things lunar began when she was a child back home in St. Louis. Her father, an architect, designed a bed that nestled against a dormer window of her attic bedroom and afforded a clear view of the night sky.

“I loved the outdoors, and my father indulged me as a child,” says Wischmeyer, curator of collections at the Akron Art Museum. ”I have vivid memories of waking up in the middle of the night with these really bright full moons shining in through the window, and I would be up half the night enjoying the moonlight and watching the stars, having these sort of quiet moments as a child, just me and the moon.”

Through March 15, Wischmeyer is sharing her passion for the fifth-largest satellite in our solar system with an exhibition she helped create at the Akron Art Museum.

“The Distance of the Moon” features film clips, historic photos and artist renderings exploring the factual and fictional fascination the moon has had on people’s imaginations. The title comes from one of Wischmeyer’s favorite short stories by Italo Calvino, in which the moon is so close to the earth that people row boats into the ocean and climb a ladder to harvest moon milk. As time goes by, the moon recedes into the sky and is no longer accessible.

“To me, the story is a metaphor for why we as humans often feel a connection to this lunar body, which we long for but can’t ever actually get to,” the curator says.

Although the moon has long been an object of fascination, American scientist and photographer William Draper was the first to capture a detailed image of it in 1840 on a stereoscope, an early form of three-dimensional photograph. Composed of two images mounted next to each other on cardboard at a distance corresponding to the space between our eyes, they create the illusion of three-dimensional space when viewed through a stereoscope. 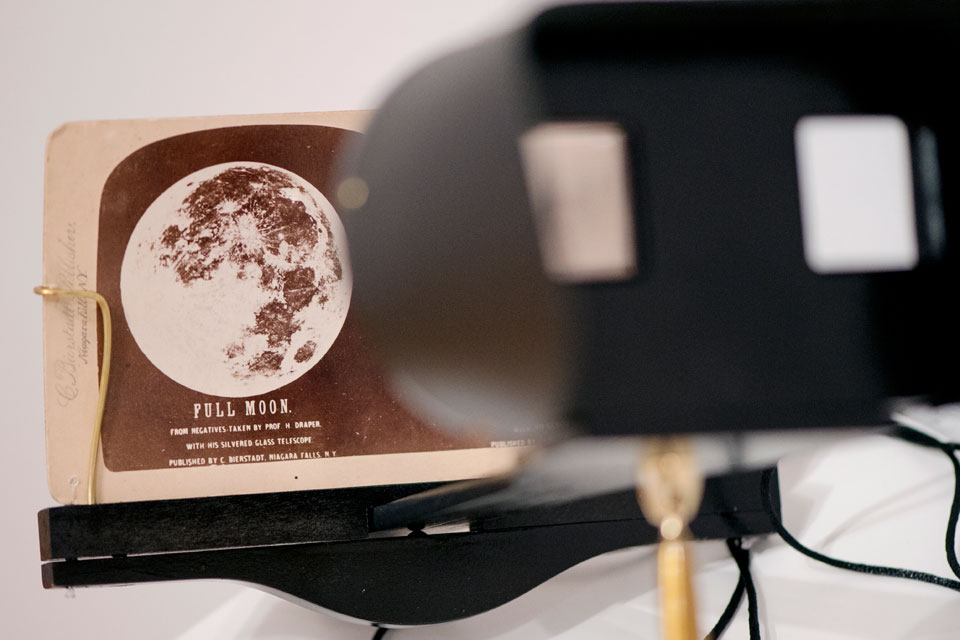 “The image of the moon we have in the exhibit was the most popular one ever mass produced for the stereoscope,” Wischmeyer says, inviting visitors to pick up the device and take a look. “It’s really interesting that out of all the things that were reproduced for stereoscope, the moon was the favorite.”

It didn’t take long for filmmakers to see the moon as a creative muse. Inspired by the novels of Jules Verne, French director Georges Méliès produced “La Voyage Dans La Lune” (“Voyage to the Moon)” in 1902. The less than 13-minute movie, which is screened in the exhibition, takes audiences on a whirlwind trip to outer space as a group of astronomers blast off and, upon landing on the moon, discover a civilization of inhabitants known as Selenites.

They take one hostage and return to Earth with the mistreated captive amid much fanfare. Filled with special techniques, including pyrotechnics that were innovative at the time, Wischmeyer explains that there’s more to the movie than meets the eye.

“Critics recognized it for being a politically subversive film critical of France’s domination as a world power,” she says.

Wischmeyer is clearly excited by the artifact she describes as one of the most remarkable pieces in the exhibit: a small ceramic wafer measuring three-quarters of an inch by half an inch. Known as “The Moon Museum,” it contains images by six prominent 20th-century artists. 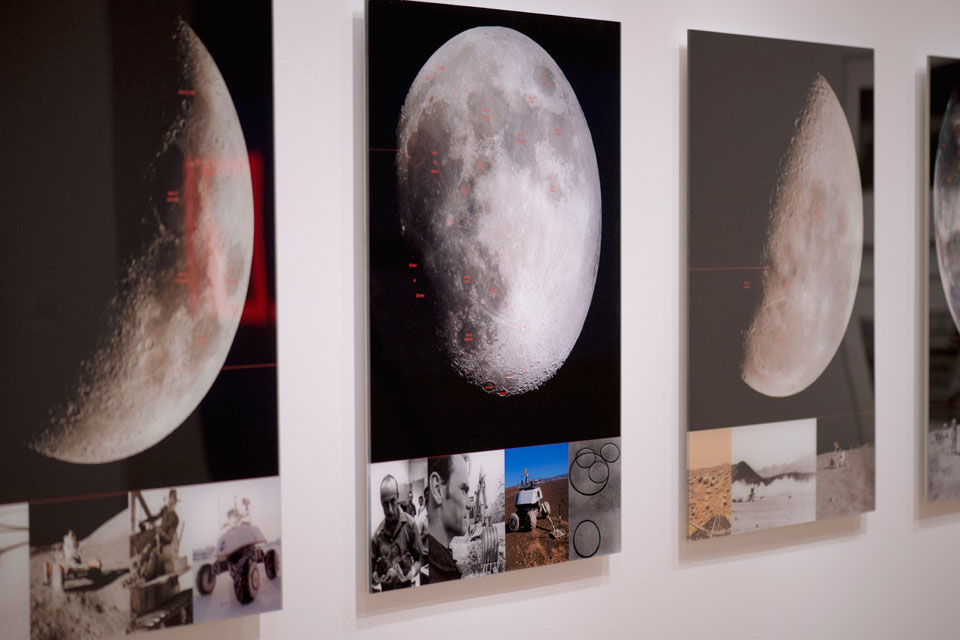 The exhibition explores the intersection of science and art. (photo courtesy of Akron Art Museum)

While watching the first moon landing in 1969, American sculptor Forrest Myers formulated a plan to send art to the lunar surface. Working with Experiments in Art and Technology, a nonprofit organization established to develop collaborations between artists and engineers, Myers created a computer-generated drawing of a linked symbol he called “Interconnection” and asked five other prominent artists for contributions. Robert Rauschenberg drew a single line, David Novros and John Chamberlain sketched their depictions of circuitry; Claes Oldenburg depicted a geometric Mickey Mouse and Andy Warhol fashioned a stylized version of his initials that resembled a rocket ship.

Using techniques for producing telephone circuits, Bell Labs electrical engineer Fred Waldhauer etched the drawings onto 20 wafers. One was set to be stowed in the Apollo 12 landing gear and, ultimately, deposited on the moon’s surface. The others were distributed to the artists associated with the project. The only evidence of the mission’s success is an anonymous telegram Myers received two days before the Apollo 12 launch, proclaiming “Your on ‘A.O.K. All Systems Are Go.”

“From all indications, only eight of these are still in existence,” Wischmeyer says of the tiny ceramic wafers. “I had given up hope of being able to include one in the exhibition, but then it turned out that I know somebody who knows somebody who has one — and here it is. I cried when I got the email.”