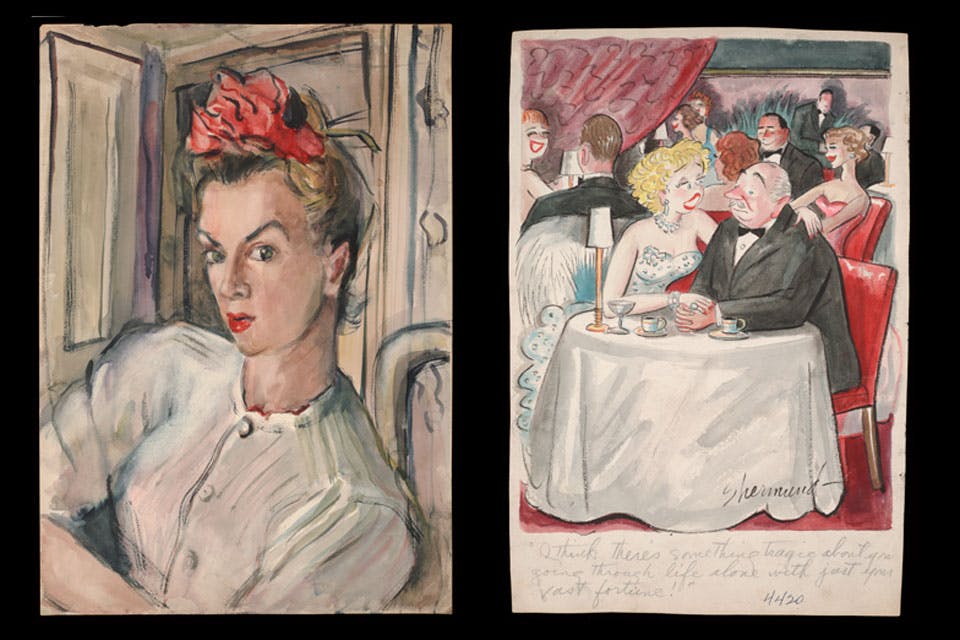 ‘Tell Me a Story Where the Bad Girl Wins’ in Lancaster

An exhibition at the Decorative Arts Center of Ohio running through April 26 highlights the life and art of forgotten 20th-century illustrator Barbara Shermund.

Although her cheeky cartoons graced the covers of The New Yorker nearly a century ago, Barbara Shermund has largely gone unnoticed since her death in 1978. Caitlin McGurk, associate curator and assistant professor at the Billy Ireland Cartoon Library & Museum at The Ohio State University, wants to change that. Through April 26, she’s curating “Tell Me a Story Where the Bad Girl Wins: The Life & Art of Barbara Shermund” at the Decorative Arts Center of Ohio in Lancaster. It features over 100 ink wash drawings and prints the illustrator completed between 1919 and 1960.

“Since it’s a very male-dominated field, women have really been left out of the canon of comics and cartoon art,” McGurk says. “Barbara Shermund is one I’m particularly passionate about. In addition to her work in magazines during the ’20s and ’30s, here is a woman who was illustrating advertisements for Pepsi-Cola in the pre-‘Mad Men’ 1940s, and war posters during World War II.”

Born in San Francisco in 1899, Shermund attended the California School of Fine Arts (now the San Francisco Art Institute) before heading to New York City and launching her career in cartoon illustration in the 1920s. Never one to shy away from provocative subjects, she tackled the battle of the sexes, youth and age, and society and wealth.

The illustrations reflected the ideology of the times, but waned during the 1950s, as traditional depictions of home and family became standard.

“I hope visitors to the exhibit pause and think about who else is out there who should be recognized for their talent,” the curator says. “There are so many artists like Barbara Shermund who are yet to be discovered.”