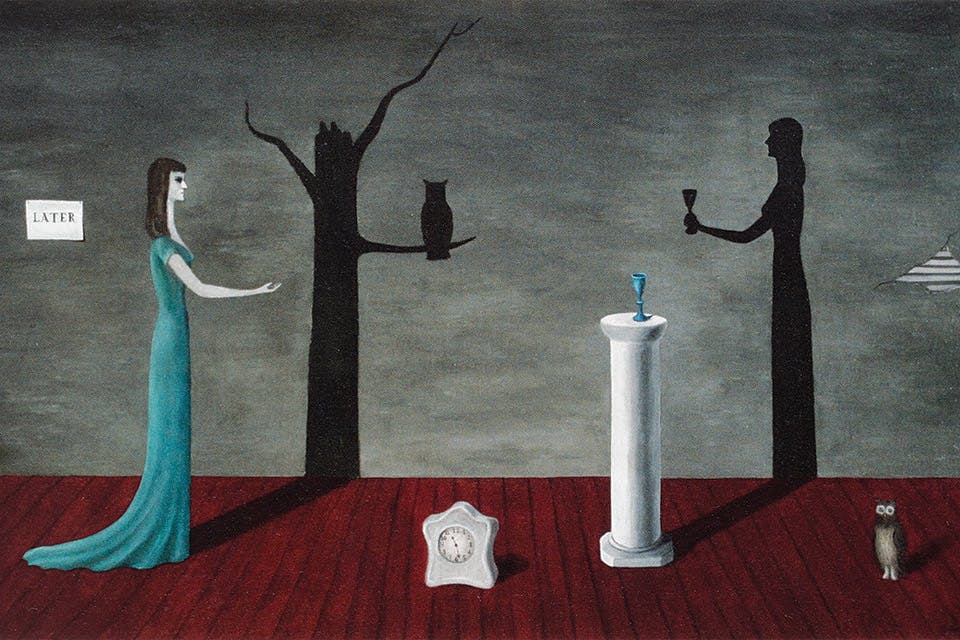 The Toledo Museum of Art hosts an exhibition of art and objects in a variety of media from the 18th century through contemporary times.

In John Gast’s 1872 painting “American Progress,” a floating, ghostly figure pushes out animals and indigenous people to make way for settlers. But in “Destinies Manifest,” a seven-minute animation created in 2017, multimedia artist John Jota Leaños flips the perspective, depicting the events from the indigenous peoples’ point of view.

“It’s a really relatable and compelling piece that shows the darker aspects of our history and how our country came to be,” says Lauren Applebaum, curator at the North Carolina Museum of Art and coordinator of “Supernatural America: The Paranormal in American Art,” which  includes “Destinies Manifest.” “It really gets at the idea that America is haunted and that we have ghosts from our past that need to be reckoned with.”

The exhibition, organized by the Minneapolis Institute of Art and on display at the Toledo Museum of Art through Sept. 5, reckons with plenty of ghosts, as well as aliens, haunted houses, witches and other unexplained phenomena in what the museum believes to be the first exhibition to explore the relationship between American artists and the supernatural.

The collection spans over 160 pieces of art and objects in a variety of media from the 18th century through contemporary times. It includes Agnes Pelton’s 1930 painting “White Fire,” which depicts a spectral blue light, and Alma Thomas’ 1973 painting “Phantasmagoria,” inspired by a 19th-century form of horror theater that used projectors in a dark room. The wide range of topics includes historical events such as the Salem witch trials and fictional favorites like the Headless Horseman.

“A lot of these artists were either channeling spiritual rituals or had these direct experiences with the supernatural,” says Applebaum.

While fascination with the supernatural crosses cultures, religions and philosophies, Applebaum sees the supernatural experiences of artists as a unique lens through which one can examine American history.

“There is a really strong thread of these things that runs through American history, and it’s expressed in a number of really compelling ways in American artistic production,” she says. “It enables us to tell a story that is specific to American history and culture.”