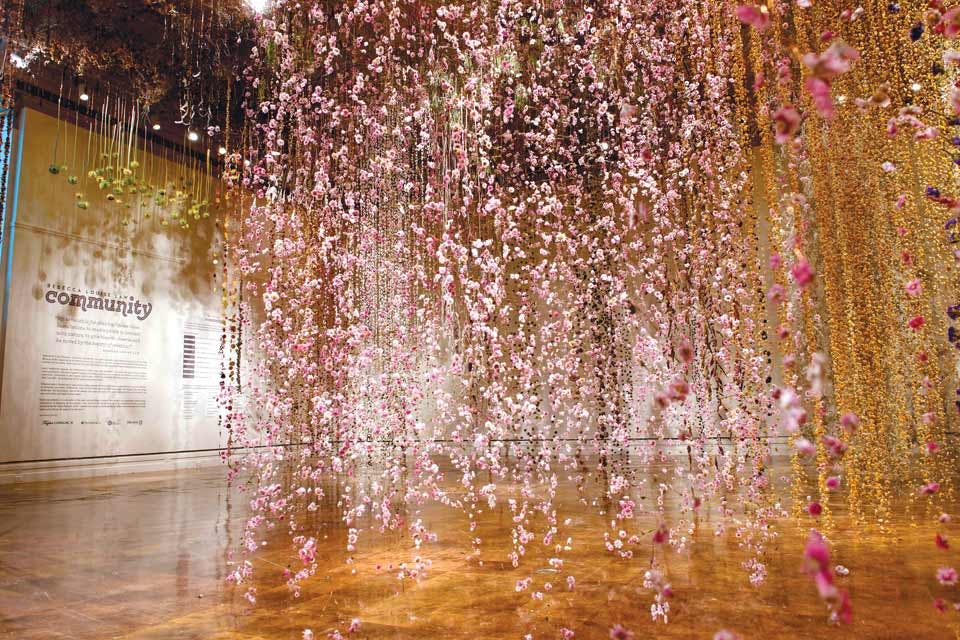 The Toledo Museum of Art hosts an installation from the British artist who uses thousands of dried and fresh flowers in her creations.

Thousands of flowers hang on tendrils of wire, the strands swaying as people walk through Rebecca Louise Law’s installation. Some of the plants are from Toledo. Others have been brought here from around the world. Some are months or years old, while others were cut mere weeks ago — the drying and decaying process is part of the effect. The movement of people through the space shapes the experience as well.

“It’s a very compelling installation because it’s different depending on who is in it at any given time,” explains Halona Norton-Westbrook, director of curatorial affairs for the Toledo Museum of Art. “Sometimes it’s very activated with many people … and then sometimes you are one of only a few people in it.”

“It was a small installation, and I was just very taken with it,” Norton-Westbrook recalls. “Ever since that time, I’ve had it in my mind that it would be interesting to do a project with her.”

The more than 10,000 Ohio-grown plants used in the exhibition were then given to volunteers to be replanted in the community. The cuttings from the Toledo plants were combined with dried ones from Law’s previous versions of the installation around the world.

“One of the things that Rebecca was responding to when she came to her initial site visit was … this incredible amount of community spirit and community pride that really pervades the area,” Norton-Westbrook says. “That element of the work is definitely very strong and is in the heart of what we collaborated to create with her.