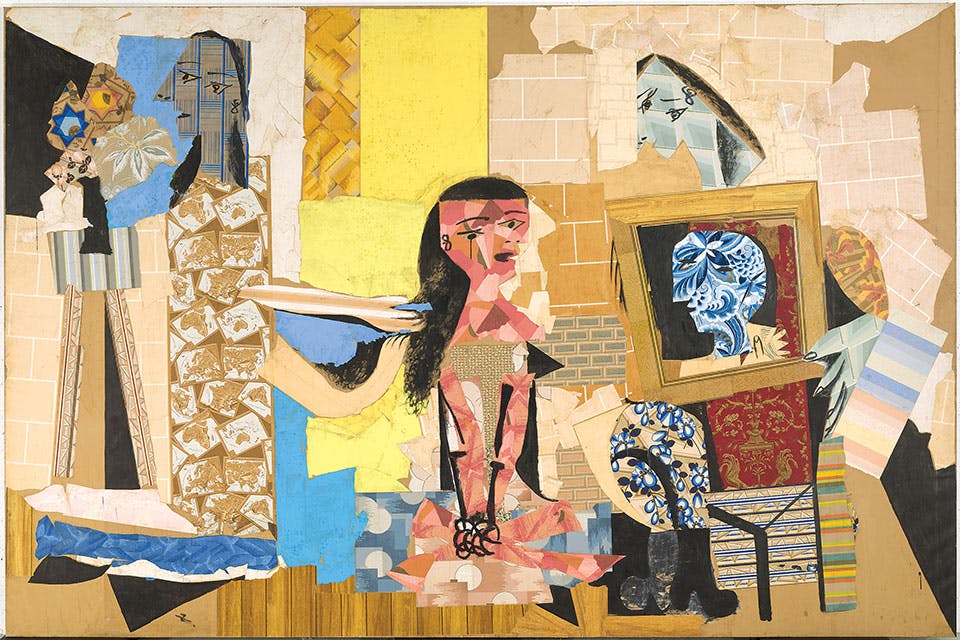 ‘Picasso and Paper’ in Cleveland

The Cleveland Museum of Art examines how the iconic Pablo Picasso used an ordinary medium in exquisite new ways.

Ask William Robinson why he considers Spanish artist Pablo Picasso to be one of the most revered talents of all time and his response is succinct.

“Picasso transformed the history of art,” explains Robinson, senior curator of modern art at the Cleveland Museum of Art. “He started his career at a very early age and began winning awards at 15 or 16. After dropping out of art school at age 17, he joined a band of bohemian artists and in 1908 joined together with [French painter] Georges Braque in the invention of cubism.”

Any exhibition of the artist’s work draws admirers, but the Cleveland Museum of Art’s newest, organized in conjunction with the Royal Academy of Arts in London, is different. “Picasso and Paper,” a groundbreaking exhibition planned for 2020, showcases more than 300 works spanning the artist’s career and exemplifies Picasso’s relentless exploration of what could be created with or on different forms of paper. Presented chronologically, the exhibit also features a selection of closely related paintings and sculptures.

“One of the things that will amaze people about this show is the remarkable variety of works,” Robinson says. “Together, they provide fresh insights into Picasso’s immense creativity. He was constantly developing new styles and working methods involving an incredible range of mediums. The fact that he worked so vigorously up until his death in 1973 at age 91 is astonishing.” 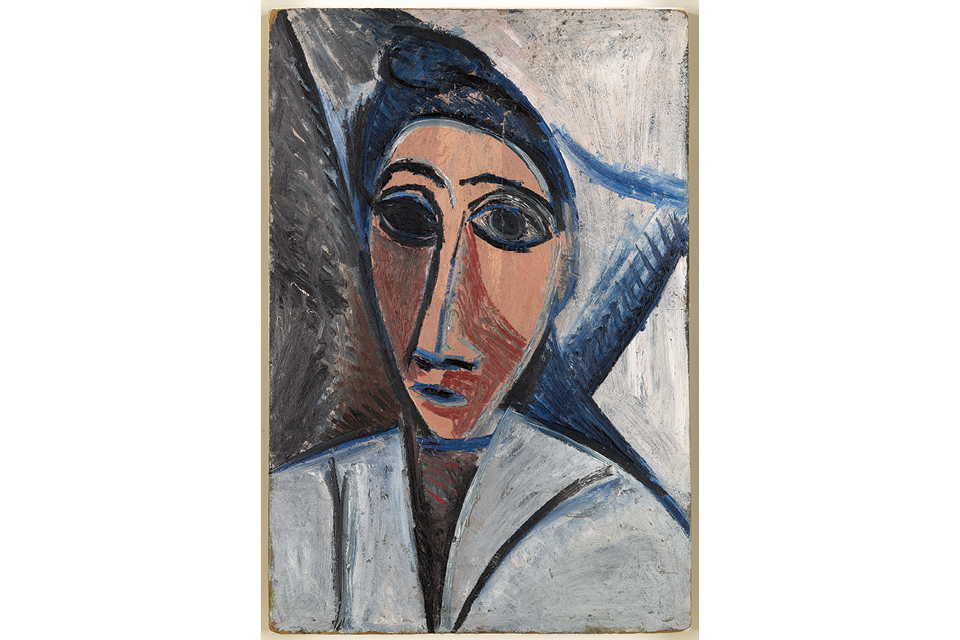 Picasso’s work is often categorized into periods, including The Blue Period, characterized by subdued images done in the hue; and the lighter Rose Period, in which he favored orange and pink. During Picasso’s African Period, which lasted from 1907 to 1908, the artist was inspired by the angular lines of indigenous art, as evidenced in “Bust of a Woman or Sailor (Study for “Les Demoiselles d’Avignon),” an oil on cardboard work he completed in 1907. When Picasso showed the finished painting to friends, the reaction was not what he anticipated.

“[Fellow artist] Henri Matisse was appalled,” Robinson says. “Another artist said looking at it was like drinking gasoline. Picasso rolled it up and didn’t show it to anyone for years.” 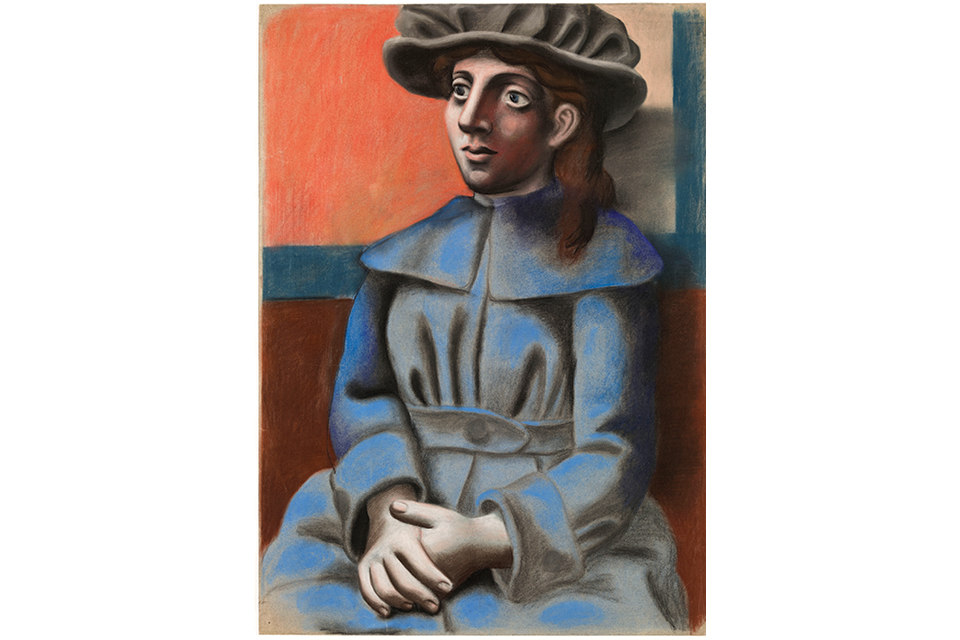 In 1917, Picasso made his first trip to Italy and was greatly influenced by the classical style of art prevalent in Rome that is known for its grandeur and simplicity. “Girl in a Hat with Her Hands Clasped,” a pastel and charcoal drawing on woven paper the artist completed in 1921, echoes that design.

“You can see the forms have been greatly simplified, the hands enlarged,” Robinson explains. “The figure has a feeling of incredible weight and gravitas associated with timelessness. During this underappreciated period in Picasso’s art, he was absorbing ideas from the past, but making them his own.”

Picasso spent most of his life in France, but he was a Spaniard by birth and “Women at Their Toilette,” which he completed between 1937 and 1938, illustrates the influential women in his life at that time. A focal point of the exhibition — the massive collage, which measures 14 1/2 feet wide and 9 feet tall — depicts his wife, Russian ballet dancer Olga Khokhlova, surrealist photographer Dora Maar and his mistress Marie-Thérèse Walter. 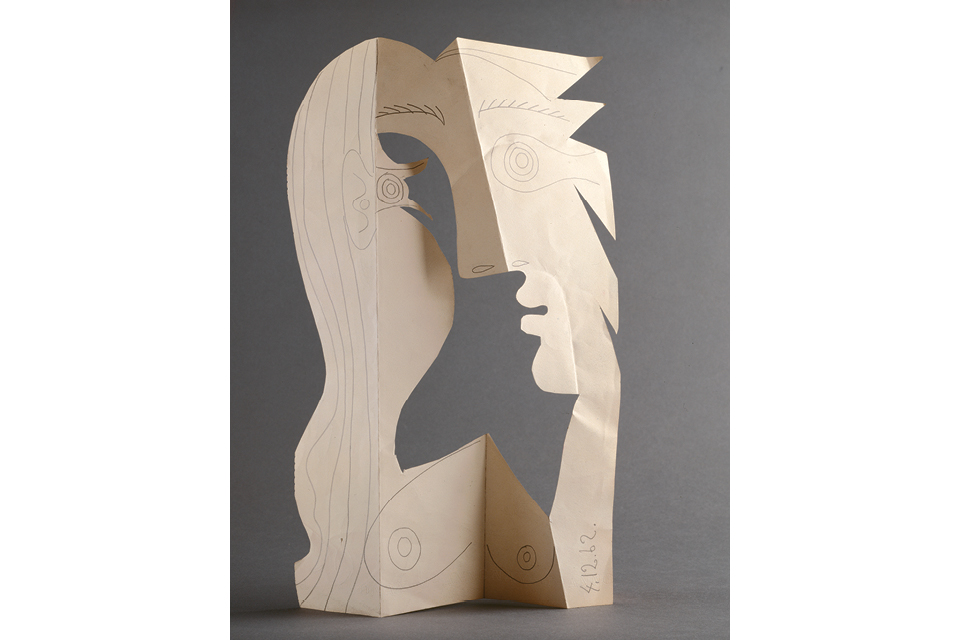 The collage, made entirely out of pieces of wallpaper and decorator’s material, represents the artist’s thoughts on how the women he loves relate to one another. At the center is Maar, who worked with the artist in his studio. Walter is depicted holding a portrait of Picasso, which Maar gazes at dejectedly, while his wife Khokhlova is remote and detached from the other two. A sense of anxiety permeates the canvas, mirroring the anxiety felt during wartime.

“I want visitors to the exhibition to pay attention to the vast variety of materials and techniques Picasso explored,” Robinson says. “This includes modern newsprint, fine antique papers, tax records from the period of the French Revolution, wrapping paper, craft paper and more. He had an extraordinary ability to transform mundane objects, even scraps of paper and refuse, into great works of art.”