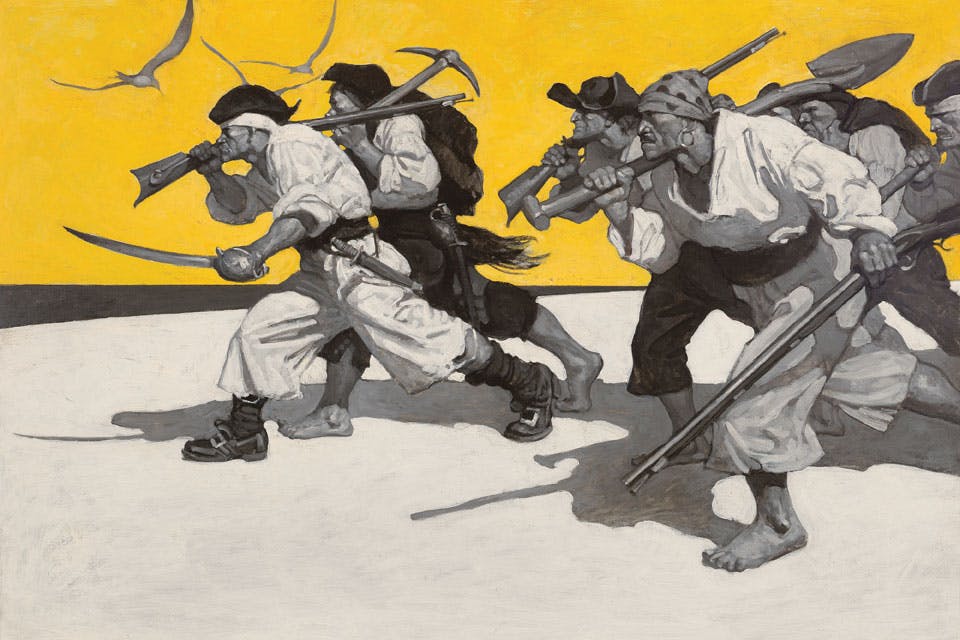 The Taft Museum of Art showcases 46 varied works by American artist and illustrator N.C. Wyeth in a new exhibition.

February 2020
BY Linda Feagler | Artwork courtesy of the Brandywine Museum of Art, Purchased in Memory of Hope Montgomery Scott

February 2020
BY Linda Feagler | Artwork courtesy of the Brandywine Museum of Art, Purchased in Memory of Hope Montgomery Scott

As Ann Glasscock peruses paintings by American artist and illustrator N.C. Wyeth, she can’t help but be impressed by the diversity of subject matter he captured on his canvases.

“I don’t know of any one person who created such an array of work through their career,” says Glasscock, assistant curator at Cincinnati’s Taft Museum of Art. “It’s like you’re walking through a show by different artists. He had that much variety. There’s really something here for everyone.”

Feb. 8 through May 3, the Taft Museum of Art is presenting “N.C. Wyeth: New Perspectives,” showcasing 46 paintings by the patriarch of one of America’s most famous artistic families. Co-organized by the Brandywine River Museum of Art in Chadds Ford, Pennsylvania, (the town where the artist lived during much of his life) and the Portland Museum of Art, the exhibit features the array of styles Wyeth perfected, beginning with the American impressionism he adopted in the 1910s, and continuing through to the regionalist realism of the 1930s and ’40s.

Born in Needham, Massachusetts, in 1882, the budding artist was strongly encouraged by his mother to pursue his artistic talent. At age 20, Wyeth moved to Wilmington, Delaware, to study with pre-eminent illustrator Howard Pyle, who encouraged his students to learn about their subjects firsthand. Taking that advice, Wyeth fueled his fascination with the American West by traveling to Colorado and New Mexico, where he lived for a time on a reservation. The experience influenced his romanticized depictions of Native Americans, including “In the Crystal Depths,” which he completed in 1906. 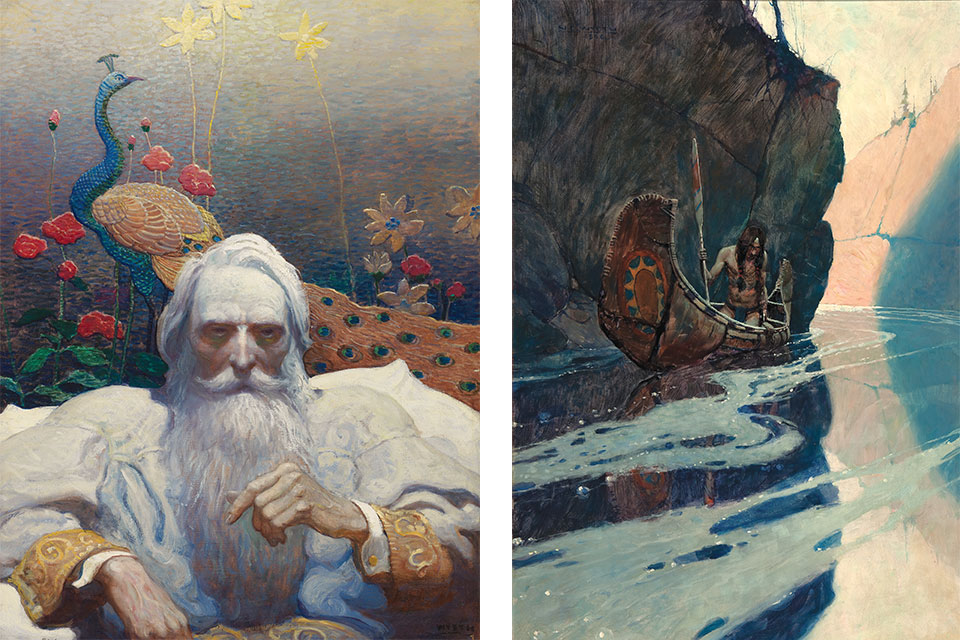 N.C. Wyeth illustrated “Captain Nemo” for The Mysterious Island. “In the Crystal Depths,” completed in 1906, reveals romanticized depictions of Native Americans. (artwork courtesy of the Andrew and Betsy Wyeth Collection and Brandywine Museum of Art)

Wyeth’s attention to detail, as seen in 1903’s “Bucking Bronco,” his first cover design for The Saturday Evening Post, led him to create images for children’s books. His illustrations for more than 112 books, including those of marauders for Treasure Island, Captain Nemo for The Mysterious Island and tribes for The Last of the Mohicans launched his renown.

“Wyeth does such a great job of capturing the action for Treasure Island,” Glasscock says, citing the illustration from the Robert Louis Stevenson novel as one of her favorites. “It’s as if he’s hit the pause button, and if you were to unpause it all the pirates would be barreling down the beach and the seagulls would be squawking above their heads.”

With the proceeds from his Treasure Island work, Wyeth purchased 18 acres of land in Chadds Ford, Pennsylvania, and also bought a summer cottage in Port Clyde, Maine. The artist began experimenting with tempera pigments to produce the vivid detail prevalent in his  work during the 1930s and ’40s. 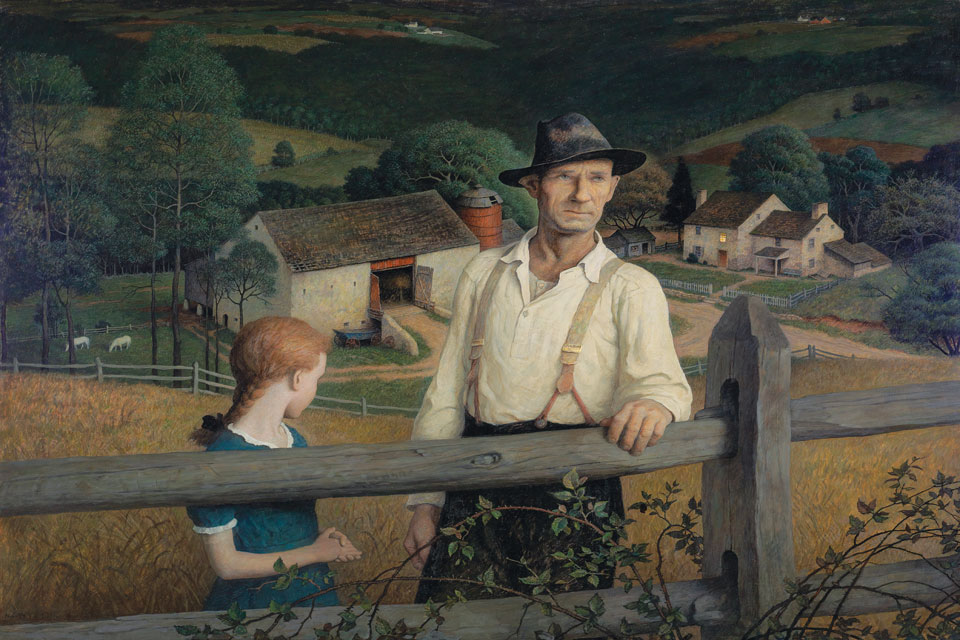 N.C. Wyeth’s “Nightfall” symbolizes the emotional strain felt by a farmer when his wife was dying. It was completed shortly before Wyeth’s own death following an automobile accident in 1945. (photo courtesy of Brandywine River Museum of Art)

“In Wyeth’s mind, he always pit illustration against fine art painting,” Glasscock says. “He knew he had to create illustrations to earn money to support his family, but he also wanted to paint works that weren’t done at the request of a client. The powerful work Wyeth completed in his later years was extremely personal, examining remembrance, death and our place in the world.”

They include marking the passing of acquaintances in 1936’s “The Drowning” and “Island Funeral,” which he completed in 1939; “The Lobsterman,” a tribute to the fisherman of Port Clyde he finished in 1944; and “Nightfall,” which symbolizes the emotional strain a farmer felt as his wife was dying. Wyeth completed it shortly before his own death following an automobile accident in 1945.

“So many people are familiar with N.C.’s illustrations, but we need to know him for his other work as well,” Glasscock says. “This exhibition promises to challenge the way we think about him and give him his due when it comes to his place in art history.”