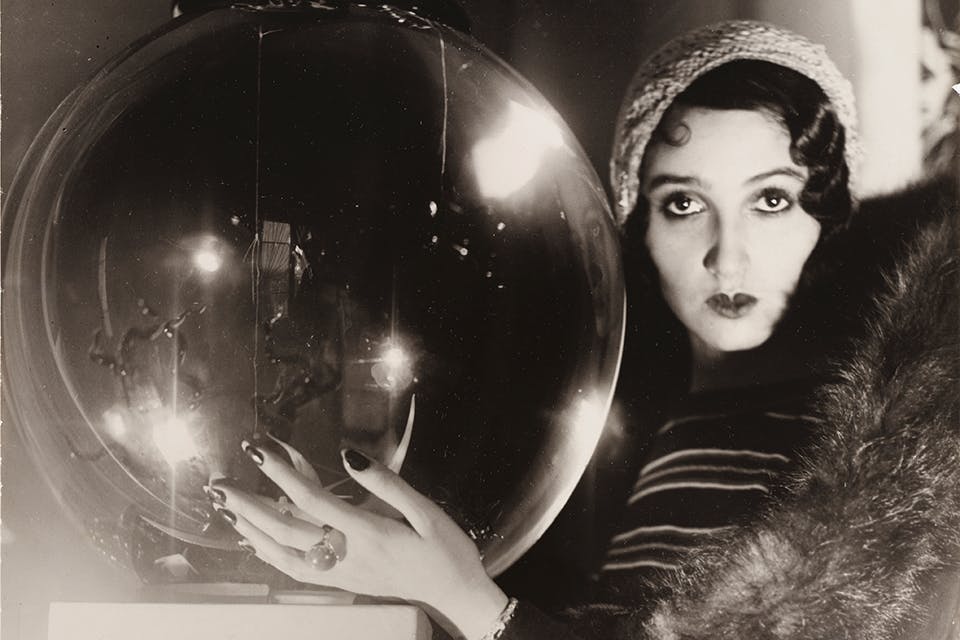 The Cleveland Museum of Art hosts a photography exhibition that explores the secrets of the psyche.

Her eyes are mesmerizing.

Their hypnotic gaze seems to search for the bevy of secrets within each of us. And the beach-ball-sized globe Renee Perle holds in her well-manicured hand is downright eerie.

“A bit unsettling, isn’t it?” asks Barbara Tannenbaum, the Cleveland Museum of Art’s curator of photography, as she studies Jacques-Henri Lartigue’s 1931 photo, “The Crystal Ball,” which centers on the fashion model who was also his muse. “The image reaches deep into your soul. What is it saying to you? To me, it asks you to imagine what’s on the other side.”

Which is, Tannenbaum explains, what surrealist art hopes to achieve. It mines the human subconscious with the idea that beneath our straight-laced surfaces lurks a mass of basic primal emotions — fear, violence, anger, sensual pleasure. “Surrealism,” she adds, “focuses on the private world of our minds.”

From Oct. 19 to Jan. 11, the Cleveland Museum of Art will explore these untamed emotions with “Forbidden Games: Surrealist and Modernist Photography.” The exhibition comprises 167 works created from the 1920s through the 1940s by 68 artists representing 14 countries. Images included in the exhibition explore themes ranging from the human body to nightlife to nature. 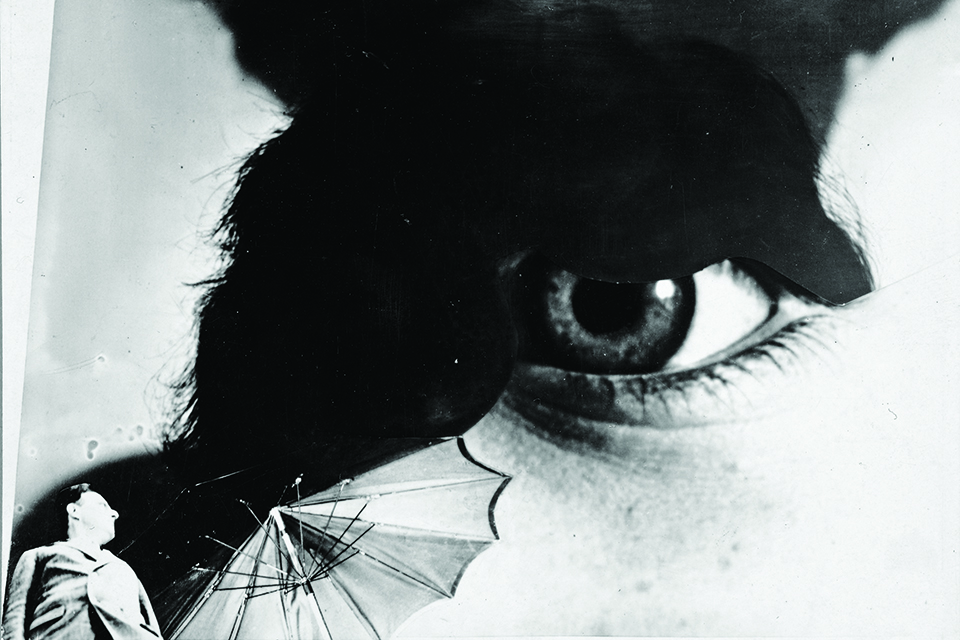 The museum acquired the photographs in 2007 from David Raymond, a North Carolina art collector and independent film producer, who spent two decades amassing the images.

“I’m kind of a screwball,” Raymond admits with a laugh. “I really like stuff that’s sort of out there — images that push the limits of how we envision our environment ... I want visitors who come to the exhibition to be inspired to exercise their creative and intellectual muscles in ways they’ve never thought of before.”

Historians cite French poet and art critic Andre Breton as the founder of the surrealist movement. In 1924, Breton penned a manifesto expounding on the theory that forces of reason block the routes to imagination. He argued that tapping into the creative powers of the unconscious would ultimately lead to new forms of beauty.

“Breton’s interest came out of the relatively new psychoanalytic school of thought that had been developed by Sigmund Freud [proposing that human attitude, mannerism, and thought are affected by irrational drives],” Tannenbaum explains. “It was also a result of the social and political climate of the time. Everyone had just survived World War I. Suddenly, life didn’t seem so rational or well ordered. The dark nature of the human psyche had bubbled to the surface.”

As painters and writers embraced surrealism, so too did photographers. Forms of modernism and documentary work followed. Tannenbaum explains that the lines between the photographic movements can be indistinct, but adds that each has specific attributes.

“Surrealists went beyond appearance and focused on the dream state and the exotic,” the curator says. “Modernists were primarily interested in photography as a different way of looking at reality. Skyscrapers and the advent of flight took them to new heights so they could capture the bird’s-eye view or focus on unique camera angles and lines. Photographers interested in making documentaries were rooted in reality and what was in front of them, although sometimes what they saw was unbelievable.”

The burgeoning popularity of 35mm film, coupled with the advent of pictorial magazines, encouraged experimentation. In a vignette that could be straight out of “Mad Men,” photographer Francois Kollar fashioned a 1930 montage for Wood-Milne rubber soles that literally puts the footwear on top of the world.

“The avant-garde was very much a part of the advertising world,” Tannenbaum explains. “Thanks to surrealists, advertisements became art forms unto themselves.” 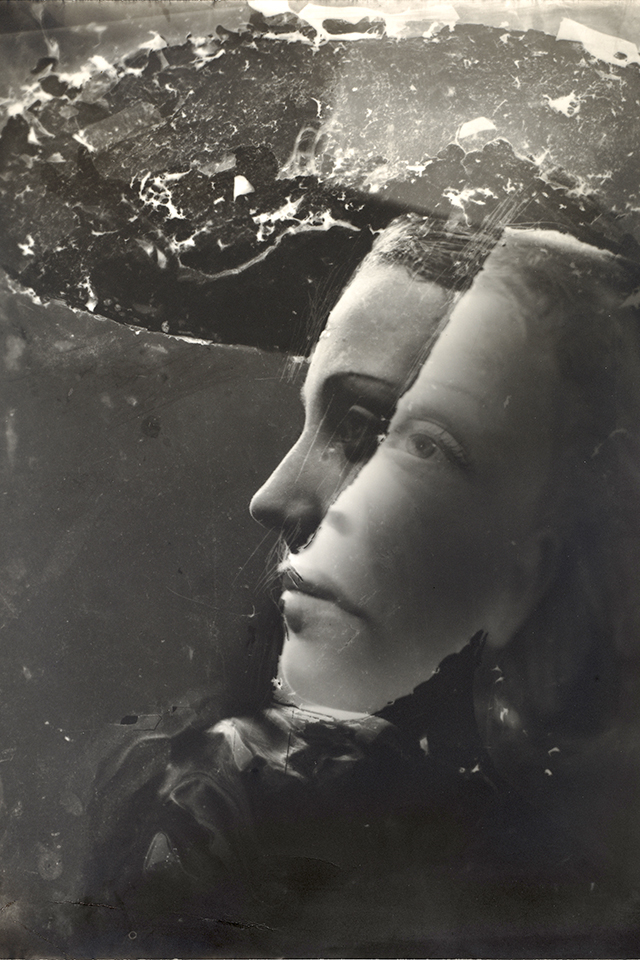 Best known for being the mistress of painter Pablo Picasso, Dora Maar was an artist in her own right, shooting fashion spreads for periodicals throughout Europe. After hours, she focused on creating unconventional images from everyday encounters: street peddlers, blind musicians and a couple sharing a kiss were subjects that fascinated her. But in “Double Portrait with Hat” Maar faced her own tormented state of mind, which was fueled by her stormy relationship with Picasso.

“He wanted her to give up photography and concentrate on painting,” Tannenbaum says. “Maar didn’t want to. She made this photo by cutting, painting and re-photographing images from a spring hat feature she’d done for a magazine. Maar softened the emulsion in water and scratched the negative, so you get the sense of something disintegrating. It really represents a fragmented woman, somebody who is torn between possibilities and is afloat about her future.”

Ultimately, Maar opted to abandon photography, but her relationship with Picasso ended in the 1940s. She suffered a mental breakdown, retreated from public life and turned to Catholicism. 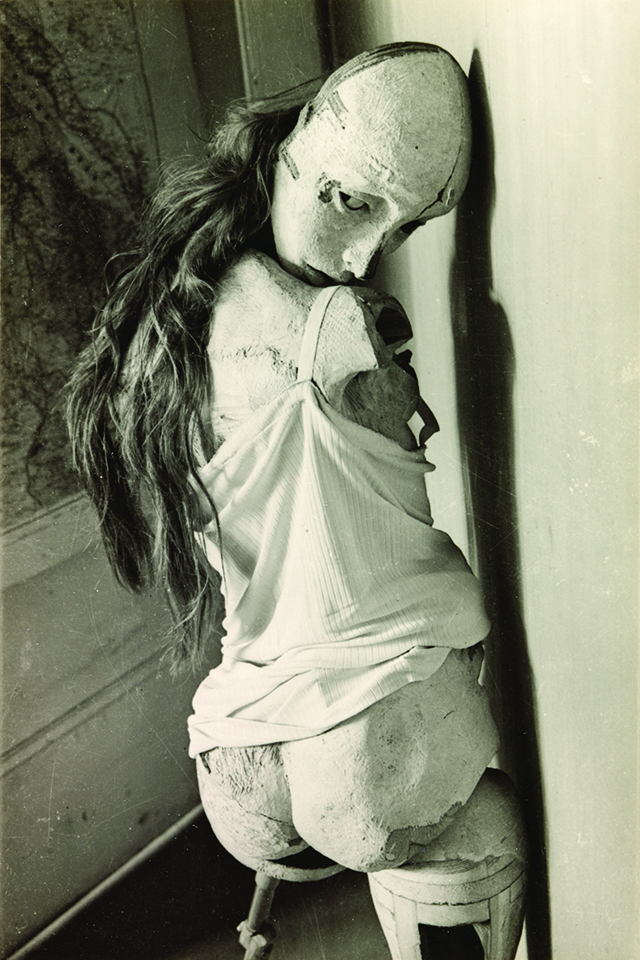 “The Doll,” Hans Bellmer’s 1934 offering, is one of a series of images depicting a papier-mache mannequin in a variety of poses. The Cleveland Museum of Art’s catalog for the exhibition explains that the photographer was “[protesting] the idealized Aryan culture of the Nazi regime in Germany. … Yet this doll image, with the uncanny glance and tilt of the head over the shoulder, displays a shocking sense of vivid humanity that transcends the brutal aspect of its creation.”

“In many ways, we have the same human psyche that we did back then,” Tannenbaum reflects. “The exhibition offers the unique opportunity to peer into artists’ subconscious to see what was really important to them and ponder what is important to us.”