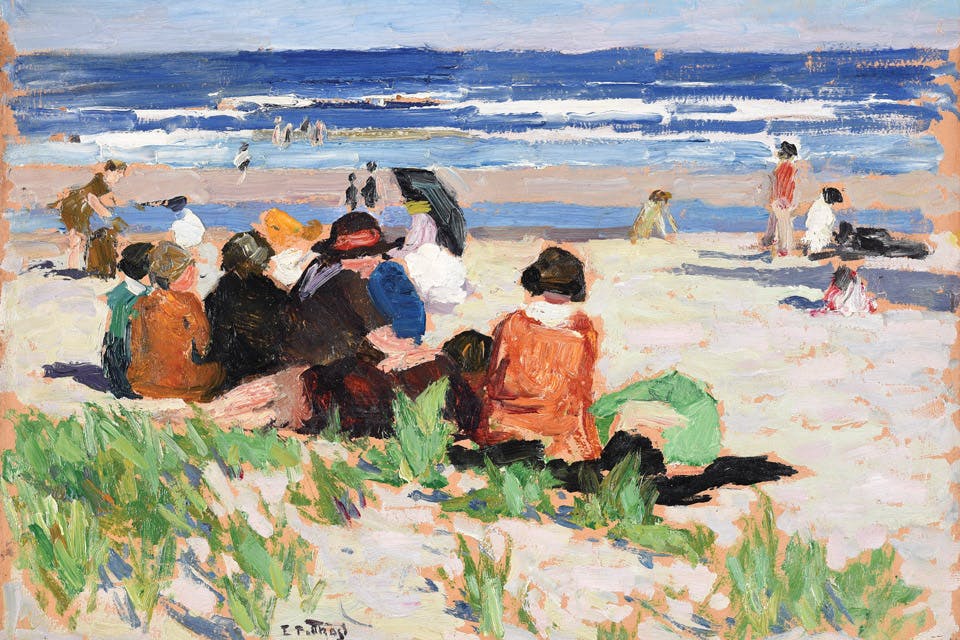 See an exhibition of more than two dozen works by artists of the late 19th and early 20th centuries at the Kennedy Museum of Art.

In 2013, an anonymous Columbus art collector gave Ohio University’s Kennedy Museum of Art a Winslow Homer watercolor painting and made one simple request: Do something interesting with it.

That work, “Gloucester Boys,” depicts a trio of kids sitting on the beach in Gloucester, Massachusetts, and serves as a quick study of the working class during the 19th century. It is one of 29 works on display in “Land & Sea: Visions of New England,” which is at the Kennedy Museum of Art through April 16.

“The 19th century is my field, and I came from Maine and Winslow Homer was almost a demigod there, so I knew his work really well,” says Joseph Lamb, associate dean of Ohio University’s College of Fine Arts and the exhibition’s guest curator.

After speaking with his colleagues, he approached West Virginia’s Huntington Museum of Art about loaning a number of their works to the “Land & Sea: Visions of New England” exhibition, a move that required approval from the museum’s board of trustees. “These are some of their best works and most expensive works and most popular works,” says Lamb.

In fact, the majority of the pieces in the exhibition are from the Huntington Museum of Art, including Edward Henry Potthast’s “On the Beach, Ogunquit, Maine,” a bright and cheery image of middle-class Americans relaxing seaside.

“It feels like it’s done on the spot,” says Lamb, explaining that the artist created the work quickly. “The sunlight feels like the real deal — warm. It’s a very positive image.”

For more information about this exhibition, visit ohio.edu/museum.