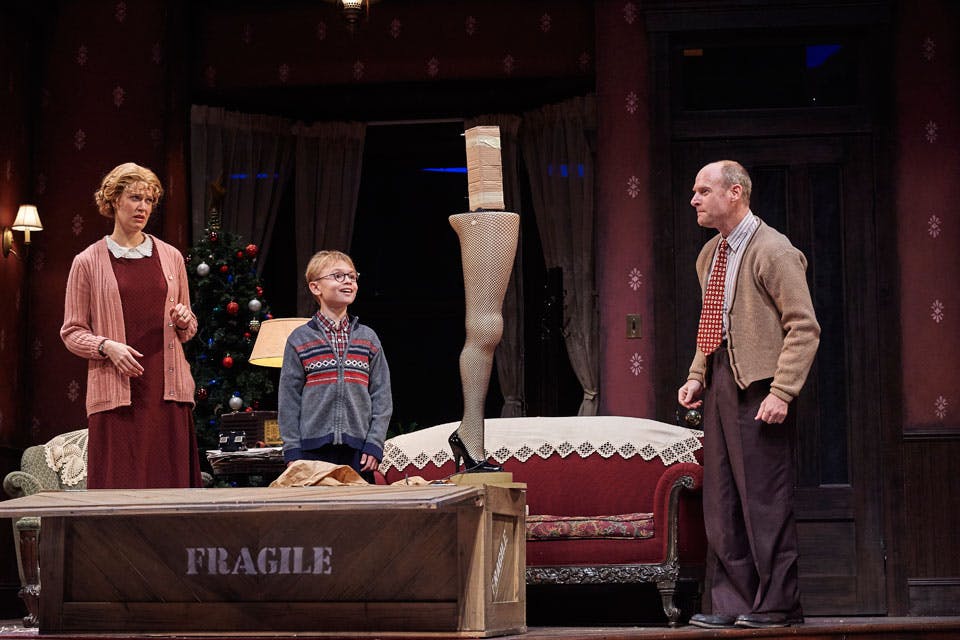 We highlight 12 music, theater and dance performances that are sure to fill you with Christmas spirit.

Since it debuted in 1983, “A Christmas Story” has become a cherished holiday tradition as families gather around their televisions for TBS’s annual 24-hour marathon of the film.

John McCluggage, who is directing the Cleveland Play House’s version, says there are challenges to bringing the tale to life on stage.

“Unlike a movie, live theater requires audiences to use their imaginations, not just sit passively and watch the story unfold,” he says. “One of the pivotal scenes in the movie happens when Ralphie helps his father change a flat tire. Since there is no car on stage, the audience must fill in the blanks.

“Instead of the school that is featured so prominently in the movie, the audience is asked to use their imagination for all of the desks and what the classroom looks like. [To paraphrase] author William Faulkner, my job is to paint the shadow of the branch and let the mind create the tree.”

McCluggage adds that what truly makes this production the Cleveland Play House’s own is the fact that the narrator, the adult Ralphie Parker, is a character in the show, not just a narrator as he is in the movie.

“You, the audience, are part of the same journey Ralphie is taking,” McCluggage says. “You’re not watching the play, you are part of it — just like he is. clevelandplayhouse.com

The Best Christmas Pageant Ever | Nov 25–Dec. 18
The Herdman kids are no angels. They lie, cheat and bully their classmates. So when they’re named the leads of a holiday play at church, mayhem is sure to ensue. Columbus Children’s Theatre brings Portsmouth native Barbara Robinson’s book “The Best Christmas Pageant Ever” to life at the 180-seat Park Street Theatre.columbuschildrenstheatre.org

The Santaland Diaries | Dec. 8–17
Dayton’s Human Race Theatre presents “The Santaland Diaries,” acclaimed humorist David Sedaris’ irreverent jab at the time he spent as one of Santa’s helpers at Macy’s, in the 212-seat Loft Theatre. humanracetheatre.org

Rudolph the Red-Nosed Reindeer | Nov. 25
Based on the beloved stop-motion animation TV special that debuted in 1964, this nationally touring stage production brings Hermey the Elf, Bumble the Abominable Snow Monster, Yukon Cornelius and the rest of the gang to Toledo’s Stranahan Theater for two live shows. stranahantheater.org

Since it debuted in 1954, George Balanchine’s “The Nutcracker” has been heralded as a feast for the eyes and ears. But Brett Mitchell, associate conductor of the Cleveland Orchestra, promises the production presented by the Cleveland Orchestra and Pennsylvania Ballet Nov. 30 through Dec. 4 will offer a bounty of new delights.

Based on a story by E.T.A. Hoffmann, set to music by Pyotr Ilyich Tchaikovsky and originally choreographed by Marius Petipa, “The Nutcracker” ballet premiered in December 1892 at the Imperial Mariinsky Theatre in St. Petersburg, Russia, but it is George Balanchine who is lauded for raising the production with lavish sets, exquisite costumes and a commitment to stay true to the original libretto. “The George Balanchine production is a very traditional version,” Mitchell says. “It’s exactly what you want to see when you see ‘The Nutcracker.’ ” playhousesquare.org

More performances of “The Nutcracker” ...

BalletMet | Dec. 9–24
BalletMet’s Nutcracker mascot is quite the man about Columbus these days as he promotes the 38th season of the production. The big guy will also be on hand at the Ohio Theatre to greet audience members and pose for photographs before each performance. balletmet.org

Toledo Ballet | Dec. 17–18
For 76 seasons, the Toledo Ballet has delighted audiences with “The Nutcracker.” Families spanning three generations are taking part in this year’s production and the Toledo Symphony provides the live musical accompaniment. toledoballet.net

Cincinnati Ballet | Dec. 9–18
Fresh from their debut at Washington D.C.’s Kennedy Center, Cincinnati Ballet transports audiences to a land of enchantment with their take on “The Nutcracker,” which has been a holiday classic in the Queen City since 1974. The Cincinnati Symphony Orchestra provides the accompaniment. cballet.org 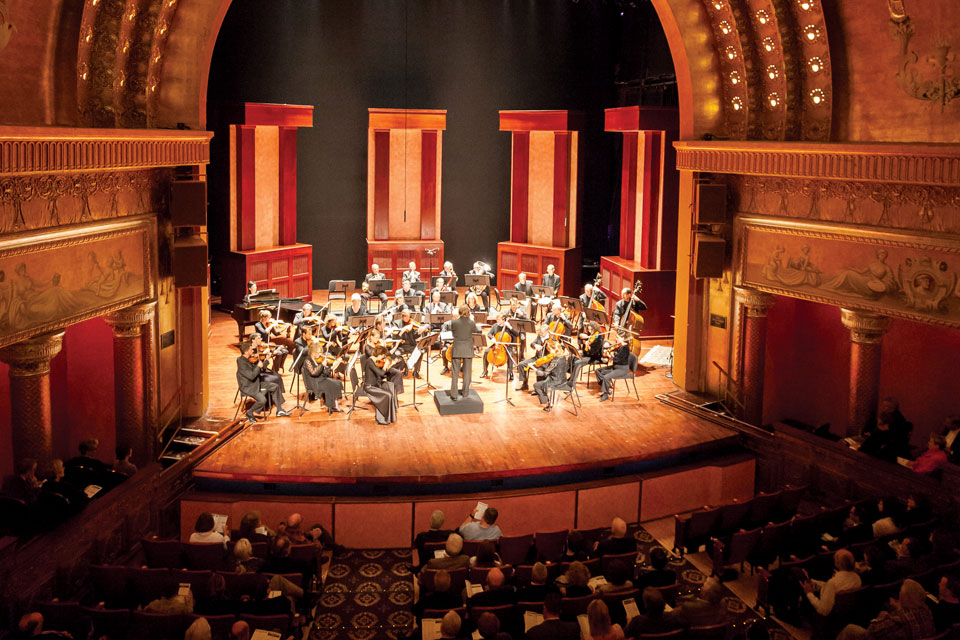 David Danzmayr has fond memories of growing up in Austria and spending Christmas seasons listening to carols such as “Silent Night,” which was first performed in 1818 at a church near his childhood home.

“Since so many of the traditional holiday folk songs we know had their origins in Austria and Germany, those were the pieces I was most familiar with,” says Danzmayr, music director and conductor of Columbus’ ProMusica Chamber Orchestra.

But his wife, Kathrin, a soprano, broadened his outlook a decade ago when she invited him to a performance of Camille Saint-Saëns’ “Christmas Oratorio.”

“It was a magical evening of discovery,” Danzmayr says. “I thought, wow, why do I not know this piece? ‘The Christmas Oratorio’ is only 35 minutes long, but its soothing melody is captivating.”

The conductor hopes to elicit that same response in audiences next month when ProMusica performs Saint-Saëns’ sublime cantata, which includes narration of the Christmas story taken from the Gospel of Luke.

The work will be performed along with Ralph Vaughan Williams’ Five Variants of “Dives and Lazarus” and excerpts from Handel’s “Messiah.”

“For me, this season is a time for reflection,” Danzmayr says. “It’s a time when it is gently snowing, and you get together with friends to fight the dark nights. The pieces we will be performing perfectly prepare people for the coming months and bring them into this time of contemplation.” promusicacolumbus.org

Bells, Brass & Bows | Dec. 10
In addition to treasured carols, the Lima Symphony Orchestra and Chorus’ “Bells, Brass & Bows” incorporates tunes from the 2004 Robert Zemekis film “The Polar Express,” sounds from the neoclassical group Mannheim Steamroller and selections celebrating Hanukkah. Santa has promised to drop by for a visit before the concert. limasymphony.com

Holiday Pops | Dec. 2–4
Because Cincinnati’s historic Music Hall is undergoing renovation, the Cincinnati Pops Orchestra takes its holiday show to the Taft Theatre, an 88-year-old art deco gem in the heart of the city. Melinda Doolittle of “American Idol” joins the Cincinnati Pops for a performance filled with Yuletide favorites. cincinnatisymphony.org/pops