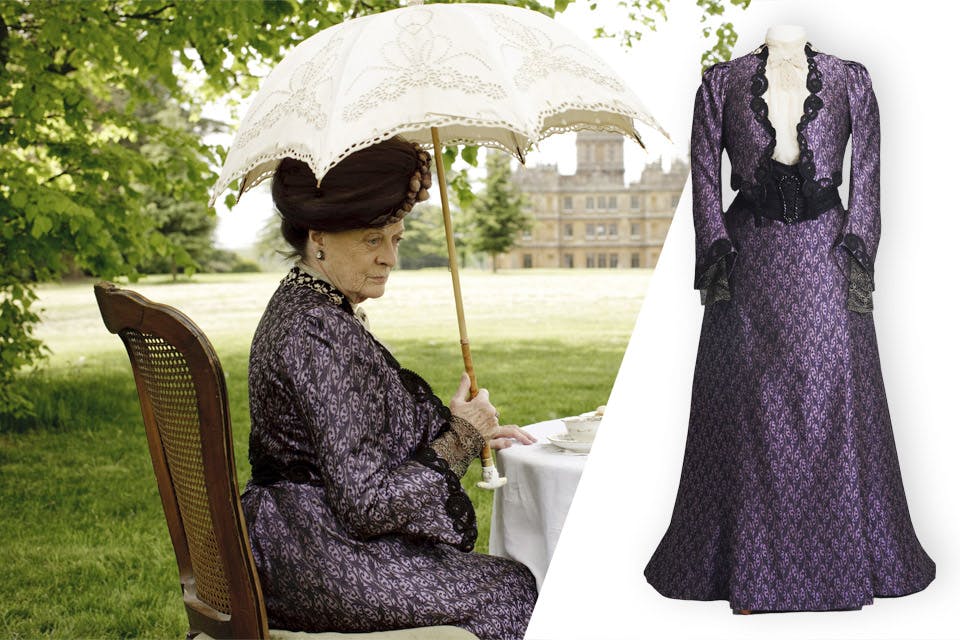 See clothing featured in the PBS series “Downton Abbey” at the Taft Museum of Art.

It didn’t take long for Tamera Muente, assistant curator at Cincinnati’s Taft Museum of Art, to get swept up in the drama of “Downton Abbey,” the British series broadcast on PBS for six seasons.

But, she’s quick to add, it wasn’t just the saga of the aristocratic Crawley family and their servants that proved irresistible. Muente also delighted in eyeing the couture that had been tailor-made to give each episode dazzling visual appeal.

“The artistry of fashion and color that fills the show is amazing,” she says. “When it came to authenticity, no detail was spared.”

From July 2 through Sept. 25, the Taft Museum of Art is spotlighting opulent examples of the exquisite finery by hosting “Dressing Downton: Changing Fashion for Changing Times.” In addition to showcasing 36 costumes and accessories the cast wore during the first four seasons of “Downton Abbey,” the exhibition also charts the progression of fashion during the early years of the 20th century.

As the first season of “Downton Abbey” commences, it’s 1912 and Cora Crawley (portrayed by Elizabeth McGovern) and her three daughters are consumed with all matters of dress — from deliberating what to wear to a garden party or formal evening soiree to debating the merits of which ensembles are ideally suited for meeting a prospective beau. 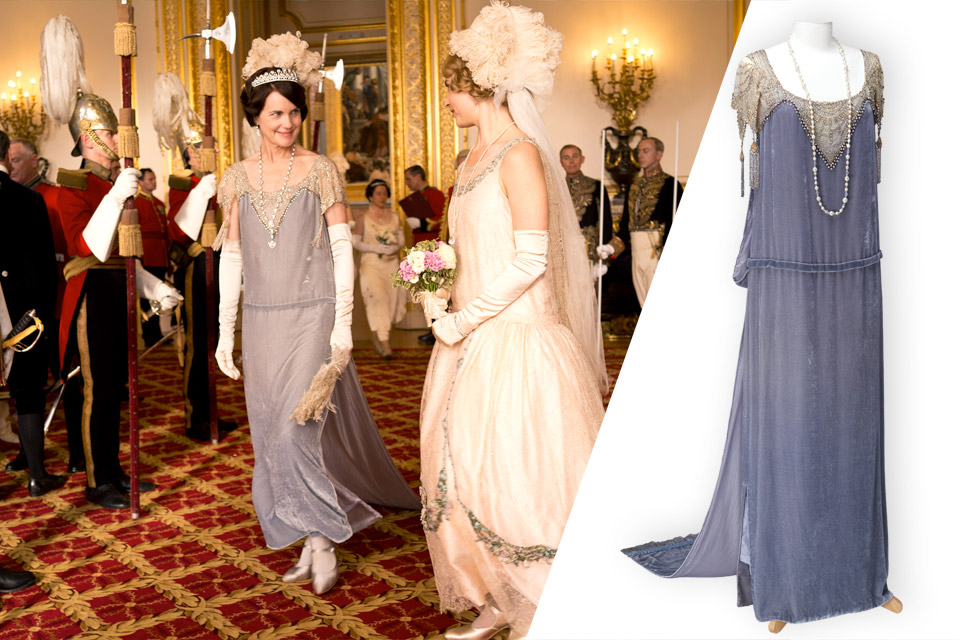 “Women like me don’t have a life,” eldest sibling Mary Crawley (portrayed by Michelle Dockery) laments. “We choose clothes and pay calls and work for charity. … Really we’re stuck in a waiting room until we marry.”

But as the storm clouds of World War I begin to gather over the British Empire, the dynamics of society are radically transformed.

“When ‘Downton Abbey’ begins, the female characters are living in the Edwardian period, where everything is tight-laced,” explains Sara Hume, curator of the Kent State University Museum, home to more than 21,000 items of clothing ranging from Katharine Hepburn’s costumes to Queen Victoria’s unmentionables. “But then World War I happens, and close to a million Englishmen are killed. That was incredibly devastating. Understandably, the old ways aren’t so important anymore.”

Tradition continues to take a back seat as women — including the Crawleys’ middle daughter Edith (portrayed by Laura Carmichael) — enter the workforce. Practicality trumps prudishness as hemlines start to rise above the ankles and simpler undergarments that allow freedom of movement replace figure-altering corsets.

As the series progresses, men’s fashion relaxes as well. In 1912, dinners at the abbey are mostly white-tie affairs, requiring high trousers and long waistcoats. By 1925, dressing for the nightly repast has evolved into mostly black-tie events — except on special occasions, such as when future prime minister Neville Chamberlain comes to dinner.

“Fans devoted to ‘Downton Abbey’ will be thrilled by the exhibition,” Muente says. “But history buffs will also appreciate the exhibit because it serves as a timeline for the pivotal changes in fashion that ultimately influence what we wear today.”