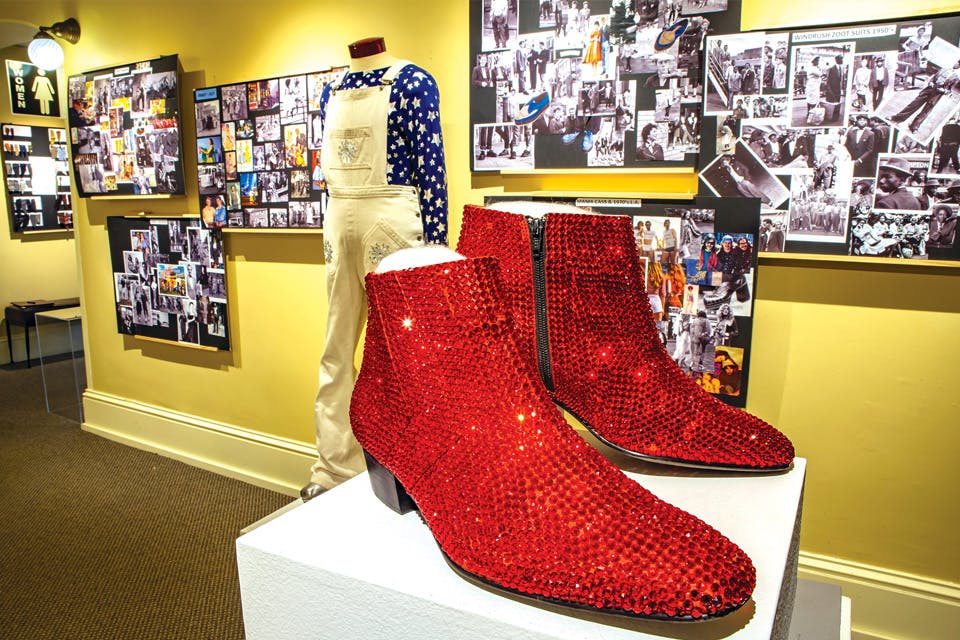 After he was asked to compile a list of historical and contemporary wardrobe pieces for Paramount Pictures in 2007, Randall Thropp marveled at the range of what the studio owned. It soon became clear to him that such treasures should be put on view for the public to enjoy.

Thropp, who has managed Paramount Pictures’ prop and costume archive since 2003, will bring his fourth exhibition of clothing from the studio to his hometown of Lancaster on June 5. “Distinctly Paramount: Fashion & Costume” will be on display at the Decorative Arts Center of Ohio through Jan. 2, 2022.

“First and foremost, I consider them good designs,” Thropp says, when asked how he selected the 60 pieces included. “It’s not easy … It’s not just one concept or one designer.”

Museum visitors can admire the two-piece black, wool suit wor n by actress Veronica Lake in the 1942 film “The Glass Key.” The oldest piece featured in “Distinctly Paramount: Fashion & Culture” is a pair of lounge pajamas created by Travis Banton, a famed Paramount costume designer known for his work in the films “The Mark of Zorro” and “Cover Girl.”

Most notably, the exhibition will feature creations by legendary Hollywood wardrobe designer Edith Head, an eight-time Academy Award winner for costume design. Throughout Head’s career, she worked with iconic actresses such as Audrey Hepburn, Grace Kelly and Sophia Loren. Head’s approach was revolutionary thanks to her careful attention to each character’s story arc, which informed her sketches and designs.

“Edith sort of laid the groundwork for what a good costume designer does,” says Thropp. “The script dictates what this character is supposed to look like. It’s about what’s written on the page.”