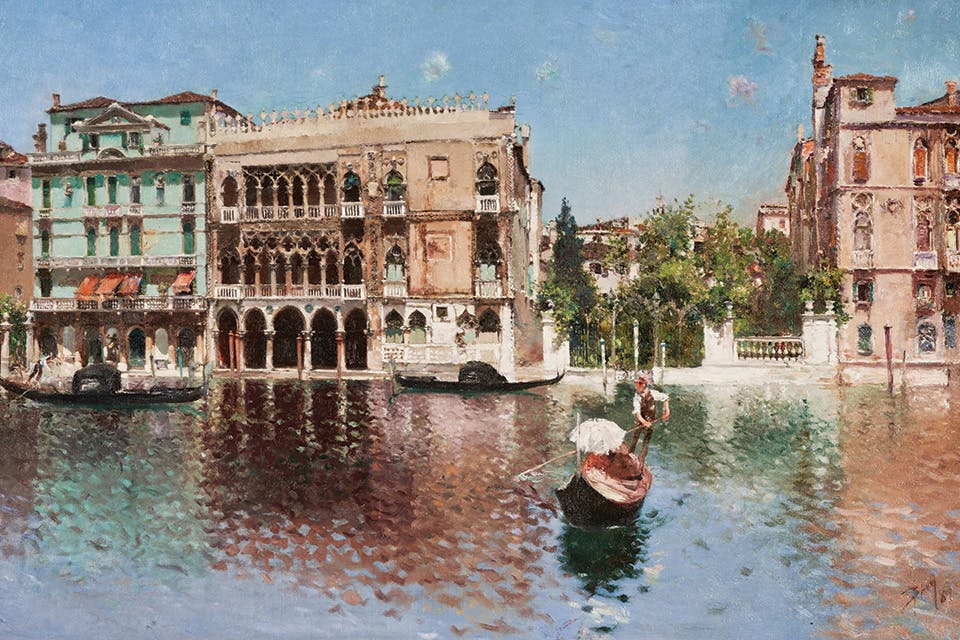 ‘Dancing in the Light: Masterworks from the Age of American Impressionism’

The Canton Museum of Art’s new exhibition features works from museums and collections in and around Ohio.

A gondola drifts along a Venetian canal through the reflection of a row of towering palazzos in one painting. In another, snow gently falls over a rural farmhouse.

These works, “La Ca d’Oro, Venice” by Robert Blum and “Riverside Farm” by Edward Willis Redfield, are infused with the color, light and natural beauty that are the hallmarks of impressionism.

Although we often associate the style with French artists such as Pierre-Auguste Renoir and Claude Monet, each of the works featured in the Canton Museum of Art’s upcoming exhibition, “Dancing in the Light: Masterworks from the Age of American Impressionism,” hails from closer to home.

The 50 watercolors and oil paintings on display Nov. 27 through March 7 are from museums and private collections in Ohio and its surrounding states, including the Cleveland Museum of Art, Youngstown’s The Butler Institute of American Art, Pennsylvania’s Westmoreland Museum of American Art and West Virginia’s Huntington Museum of Art. Ohio-born artists are represented, too (including the aforementioned Blum and Edward Potthast) and the exhibition’s guest curator, James Keny of Keny Galleries in Columbus, says the works are on par with some of the show’s biggest names.

“We wanted to put them in the context of other artists who are internationally known,” he says. “People like Winslow Homer, William Merritt Chase, John Singer Sargent, James Whistler — their work stands up to them tremendously.”

The high concentration of American impressionist masterpieces in and around Ohio isn’t surprising, according to Keny, whose gallery focuses on impressionism, folk art and contemporary art. The exhibition spans works from roughly 1870 to 1930, a time when Ohio was the third-most-populous state and generated a large amount of wealth. This led to an abundance of art museums, art schools and collectors.

“Ohio has more major museums than almost any other state, and the area is very rich in terms of public and private holdings of American impressionist masterpieces,” says Keny. “We thought not only would the show be beautiful, but also would show that we are very fortunate to live in a state that has really supported the arts.” 1001 Market Ave. N., Canton 44702, 330/453-7666, cantonart.org