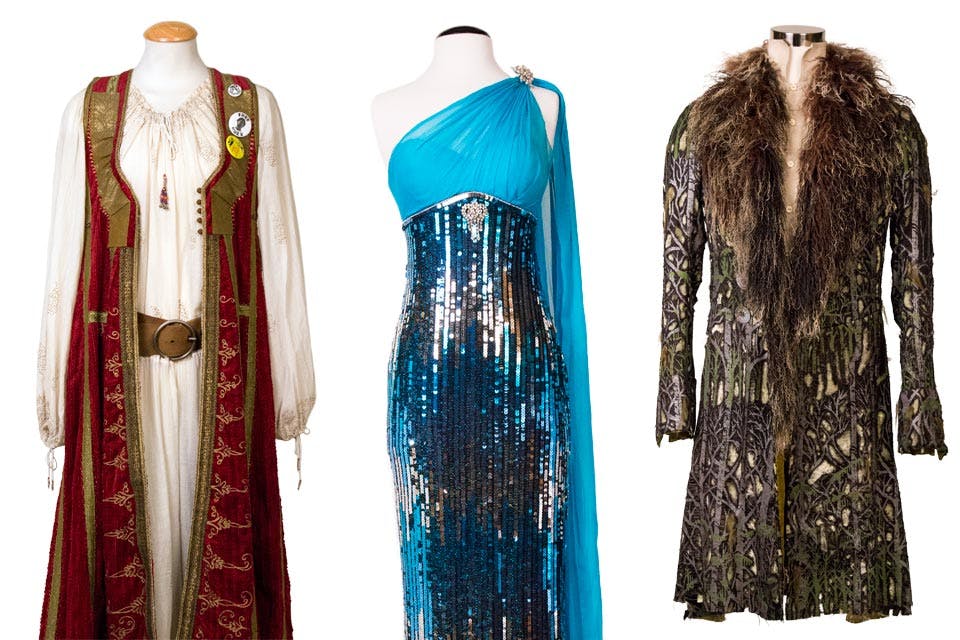 ‘Creating the Illusion’ in Lancaster

An exhibition on display at the Decorative Arts Center of Ohio features more than 40 screen-worn pieces of clothing and accessories from the Paramount Pictures Archives.

As Jenny calls out to Forrest, her long vest drags through the water of the Reflecting Pool in front of the Lincoln Memorial. Her hippie attire is a clear indicator of the era, but her clothing does more than set the scene. It also helps define a pivotal moment in the character’s life.

“Forrest Gump” is one of 22 films from between 1987 and 2017 represented in “Creating the Illusion: Costumes & Characters from the Paramount Pictures Archive.” The exhibition, on display at the Decorative Arts Center of Ohio through Aug. 12, features more than 40 screen-worn pieces of clothing and accessories, many of which are on public display for the first time.

“It’s showcasing the relationship between the costume designer and the actor to create the character,” explains Randall Thropp, manager of the costume and prop archive at Paramount Pictures Archives and curator of the exhibition.

Just as a blue, sequin-bedazzled gown transformed modern-day icon Beyoncé Knowles into a Motown-inspired legend in the 2006 film “Dreamgirls,” a dark floor-length dress with a beaded spider-motif overlay morphed Anjelica Huston into the family matriarch in 1993’s “Addams Family Values.” Both are featured in “Creating the Illusion.”

One of the most represented films in the exhibition is the Eddie Murphy comedy “Coming to America.” Tasked with creating fashions for the fictional African country of Zamunda, designer Deborah Nadoolman Landis turned to London’s Brixton Market to find the proper fabrics and studied West African cultures for inspiration

The use of technology to craft costumes is also part of the exhibition, including a motion-capture suit used during the making of “Teenage Mutant Ninja Turtles: Out of the Shadows.”

“All the costumes the turtles wear are computer generated — it’s all CGI,” says Thropp. “So, that’s the other point about the title ‘Creating the Illusion,’ especially in today’s films, so much of it is done with blue screen or green screen.”