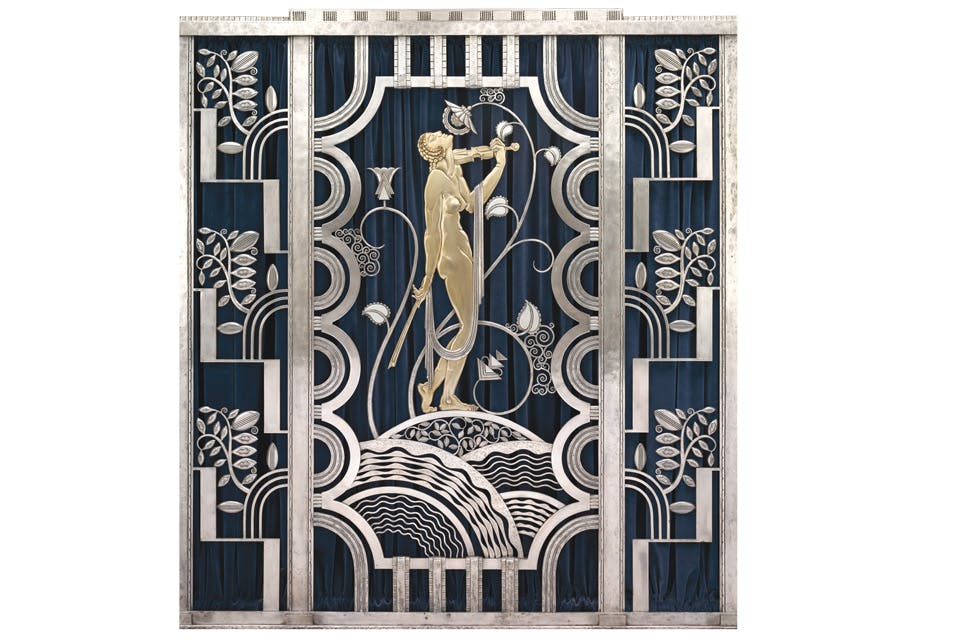 See more than 300 works that celebrate the joyful and innovative spirit of the era.

By all accounts, Jewel Page Lee was a prim and proper lady. She never skipped Sunday church, wouldn’t think of donning a pair of slacks until pantsuits came into fashion and presided over her women’s club with steadfast decorum. All of which made what her grandson, Stephen Harrison, found in her piano bench a tad startling.

“I was learning to play the piano when I was a boy and was practicing at her house,” recalls Harrison, now the curator of decorative art and design at the Cleveland Museum of Art. “I stumbled upon this treasure trove of sheet music from the 1920s that was quite risque. I well remember one that was called ‘He May Be Your Man, But He Comes to See Me Sometimes,’ which just didn’t square with the image I had of my grandmother.”

Harrison’s discovery opened the door for afternoon discussions with his grandmother about the days when she and her sisters raised their skirts, bobbed their hair and became flappers — the term given to young women in the period following World War I who exhibited freedom from the societal constraints that inhibited previous generations.

Those familial conversations served as the spark for “The Jazz Age: American Style in the 1920s.” On display at the Cleveland Museum of Art Sept. 30 through Jan. 14, the retrospective, co-organized by the Cooper Hewitt, Smithsonian Design Museum in New York, features more than 300 items — ranging from a 1925 Rolls-Royce roadster to a silver cocktail shaker masquerading as a sculpture of an owl. It is the first major museum exhibition to focus on American taste in art and design during the 1920s and ’30s.

Following World War I, the United States took a leading role as a bastion for cutting-edge architecture, interior decoration, art, fashion, music and film. Experimentation happened here and abroad as designers took their cues from one another to capture the joyful new spirit that infused much of America after peace was achieved.

“We chose ‘The Jazz Age,’ a term coined by [the writer] F. Scott Fitzgerald, as the title of the exhibit since it really is a metaphor for all the cultural arts at the time,” Harrison says. “Because in every respect, everyone is pushing the boundaries, everyone is trying to move the goal posts, everyone is reinventing the rules.”

One of the artists who led the way was Ohio native Viktor Schreckengost. Born in 1906 in Sebring, Schreckengost earned a diploma in design with a minor in ceramics at the Cleveland School of Art (now the Cleveland Institute of Art) in 1929.

Two of his most celebrated works, glazed ceramic bowls titled “The New Yorker (Jazz) Punch Bowl” and “Cocktails and Cigarettes Punch Bowl” are focal points of the Cleveland Museum of Art exhibition. The museum acquired both in 2000.

“Viktor was in love with city life,” Harrison says. “He used to say that whenever he had some money in his pocket, he’d go to Manhattan and walk the streets, soaking in the sights and sounds around him.” 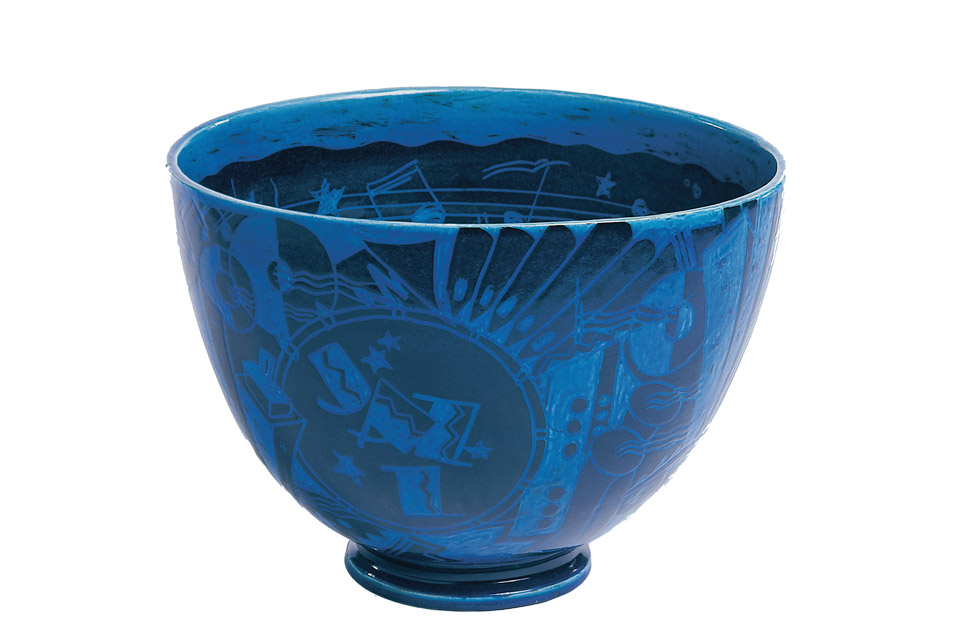 His ardor for America’s most famous East Coast metropolis inspired the artist’s series of ceramic “Jazz” bowls, the first of which was commissioned by Eleanor Roosevelt in 1930, when her husband, Franklin D. Roosevelt, was governor of New York. Schreckengost, who had just launched his design career at Cowan Pottery Studio in Rocky River, set to work creating a bowl that reflected the vibrant nightlife New York City was known for.

“The brilliant palette Schreckengost chose for the bowls will forever be associated with him,” Harrison says. “The color scheme is the blue and black we see on the pottery that came out of the tombs of pharaohs. Following the opening of King Tut’s tomb in 1923, Egyptomania took the country by storm, so Cowan Pottery developed a glaze that reflected Egyptian faience.”

Dutch-born painter Piet Mondrian took his cue from cubism, the early 20th-century art movement that embraced the abstract. Featured in the show, his 1927 oil “Composition with Red, Yellow, and Blue” consists of horizontal and vertical lines accentuated by patches of color.

No matter the medium, many artists of the era were influenced by the jazz music sweeping the country. The Mondrian painting, Harrison explains, seems to pulsate with the tones of the times.

“It’s hard to think a painting could represent music, but this one certainly does,” he says, noting how the blocks of color around the perimeter of the canvas create a rhythmic ebb and flow. “Mondrian was fascinated by music. In fact, he would go on to do a series of works representing the fox trot and boogie-woogie.”

Music also served as the fitting counterpoint for Paul Fehér and Martin Rose, the artisans at Cleveland’s Rose Iron Works who created “Muse with Violin Screen” in 1930. The decorative screen, which paid homage to the dancer and singer Josephine Baker, features a nude woman holding a violin while surrounded by a modernist motif of leaves and concentric circles.

“We look back on the Jazz Age as a period of great joy and abandonment, and in many respects it was,” Harrison says. “And from an artistic standpoint, it really was one of the last eras when incredible works were made by hand. This exhibit celebrates the quality and innovation that was part and parcel of the ’20s.”