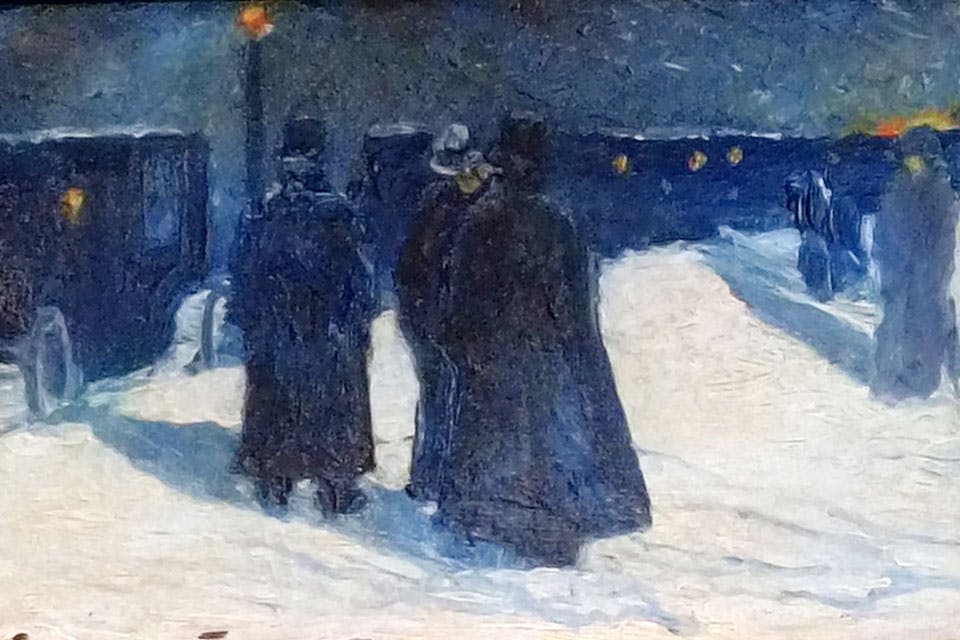 The Zanesville Museum of Art features works associated with the turn-of-the-20th-century artists known as The Eight.

During the turn of the 20th century, eight New York City artists fought against the idealized depictions of the mainstream art world, instead endeavoring to show the true and gritty urban reality that surrounded them.

“The population was exploding with immigrants and a growing working class,” says Laine Snyder, executive director of the Zanesville Museum of Art. “There was a tremendous energy there.”

“American Modernism, Urban Realism and The Eight,” which runs through Jan. 7, features 37 pieces by seven artists associated with The Eight. Borrowed from a private Columbus collector, works in the exhibition include Everett Shinn’s 1904 oil painting “Winter in the Park at Night” and “Seated Woman in a Blue Dress” by Ohio native and Robert Henri student George Bellows.

Snyder explains that the works in the exhibition convey a sense of immediacy, capturing the essence of the time period and reflecting how the art world was changing in the early 1900s.

“These eight painters were considered rebels and artists of their time,” she adds. “They challenged the National Academy [of Design] by rejecting their academic standards and depicted how America was changing and what that meant for individuals during this time.”