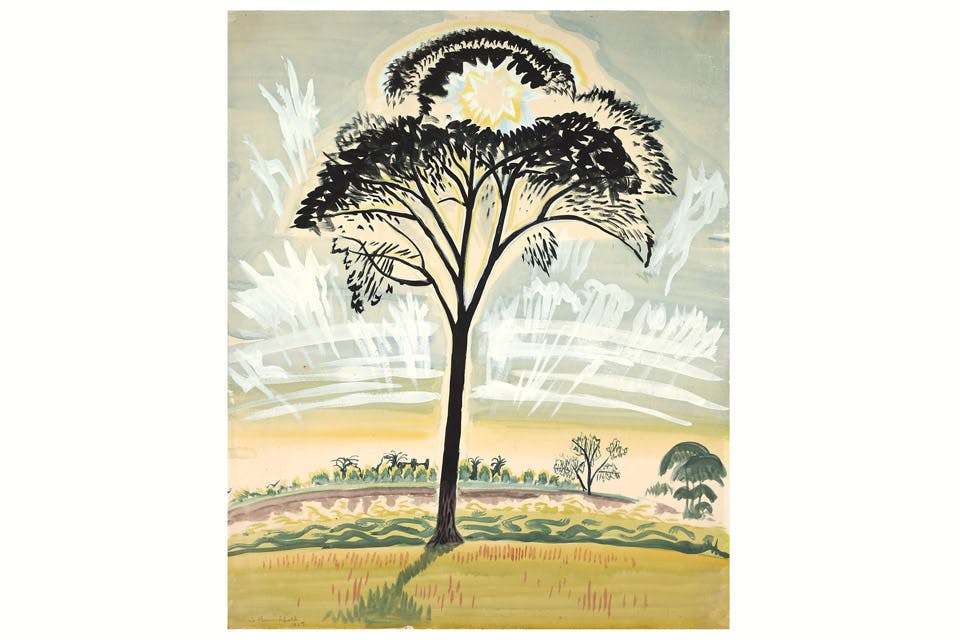 The Cleveland Museum of Art showcases works by the Salem, Ohio, native in an exhibition that runs through May 5.

Before abstract art swept the world in the mid-20th century, watercolorist Charles Burchfield was quietly creating moody depictions of the landscape surrounding his home in Salem, Ohio.

“His style was symbolic and expressive,” says Britany Salsbury, associate curator of prints and drawings for the Cleveland Museum of Art. “Although he moved to New York in 1921, Burchfield considered the time he spent here the most prolific of his career.”

Featuring 33 watercolors and drawings, “Charles Burchfield: The Ohio Landscapes, 1915–1920” highlights works on loan, as well as ones from the Cleveland Museum of Art’s collection. The exhibition runs through May 5.

“One of the hallmarks of Burchfield’s work is that he developed lines and shapes that stood for emotions like fear and sadness,” Salsbury says. “Often, you can read the image and see exactly what he was trying to express and what he was thinking or feeling when he made it.”

Born in 1893 in what is now Ashtabula, Burchfield and his family moved to Salem when he was 5. After graduating as valedictorian of his high school class in 1911, Burchfield attended the Cleveland School of Art before moving to Buffalo, New York, to work as a designer for a wallpaper company. Intrigued by the city’s harbor and railroad yards, the artist delved into realism as he replicated the scenes. In the 1940s up until his death in 1967, the artist returned to an abstract style.

“Burchfield spent the early years of his career working essentially in isolation in rural northeast Ohio with little access to museums, galleries or the influence of other artists,” Salsbury says. “And yet he still was able to develop a style that was revolutionary.”