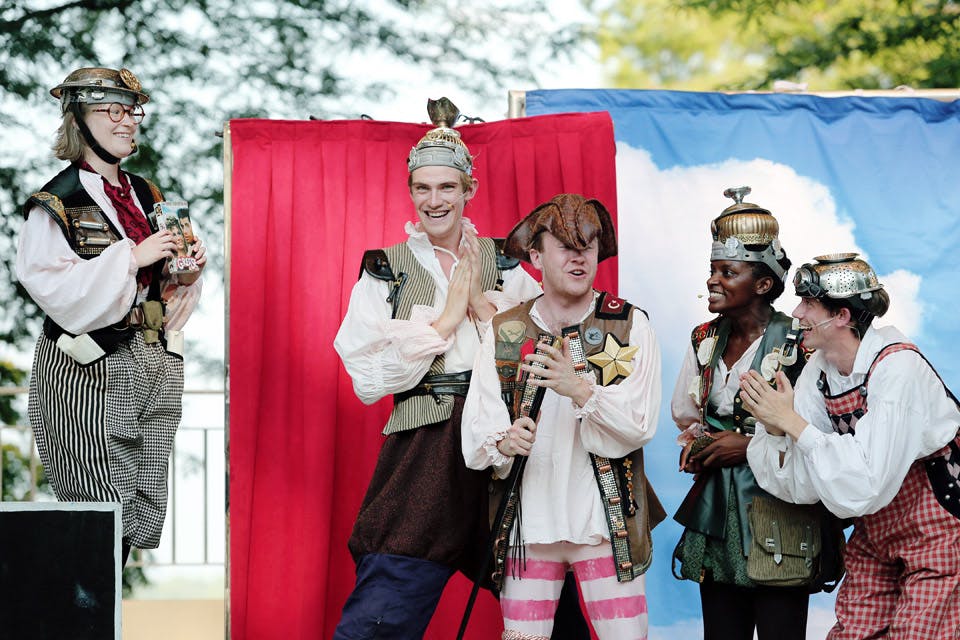 Bard in the Park

Taking in one of William Shakespeare’s plays under a waning summer sun boosts the magical quality of his prose. Add to that the already supernatural mood of “A Midsummer Night’s Dream” and it’s easy to see why audiences flock to the Cincinnati Shakespeare Company’s summer series.

More than 30 Shakespeare in the Park performances are staged each season, with gardens, amphitheaters and even a winery serving as venues.

“It brings the live actors, the environment and the community together,” says Caitlin McWethy, director of “A Midsummer Night’s Dream.” It, along with “Macbeth” and “Romeo and Juliet,” are the three plays the company will perform throughout the summer. “It’s remarkable to know that people of all ages who have never even seen a play before could be sitting right next to someone who has a season [theater] subscription,” adds McWethy.

The shows are creatively yet minimally staged, and the professional actors play multiple roles, making the poetry, humor and drama the focus of each performance. In fact, the Bard’s rhythmic style inspired the Cincinnati Shakespeare Company to collaborate with Elementz, a local arts organization that mentors inner-city students through the use of hip-hop, composition and dance.

“The cool thing about Shakespeare is that there are a million different ways to interpret what he’s written,” says McWethy, “so the possibilities are endless.”