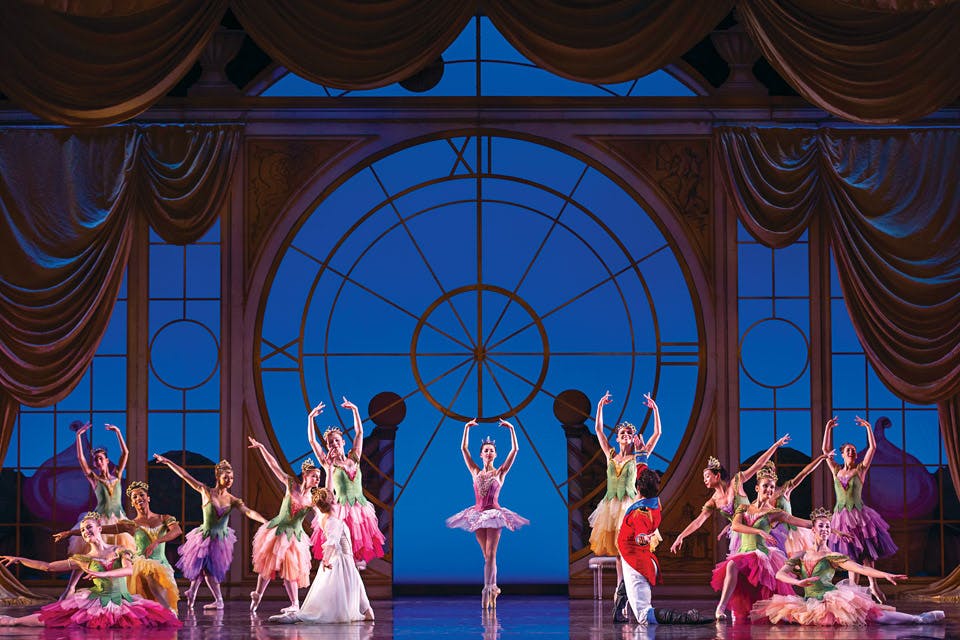 BalletMet’s The Nutcracker in Columbus

The holiday tradition returns the Sugar Plum Fairy, the Nutcracker Prince and the Columbus Symphony Orchestra to the Ohio Theatre stage.

A live chorus fills the room as visitors enter the historic Ohio Theatre in downtown Columbus. The singers are as much a tradition as the story set to unfold on stage just beyond the lobby. Every December, BalletMet takes up the tale of the Sugar Plum Fairy, the Mouse King and, of course, the Nutcracker Prince in a performance that promises to infuse even the most Scrooge-like audience member with a hearty dose of Christmas spirit.

“[The students] get to perform at the Ohio Theatre with a professional company in a lavish production,” explains Liang. “This is an experience very special and unique to BalletMet and what we do here in Columbus.”

Most of us are familiar with the tale that opens with a Christmas Eve party, where Clara Stahlbaum receives a nutcracker as a gift. As the audience is transported into Clara’s dreams, ordinary toys come to life and her gift transforms into the Nutcracker Prince. The ballet’s second act introduces the Sugar Plum Fairy and the Land of Sweets. Liang says his favorite part of the BalletMet production is the final scene that is unique to the Columbus version of the holiday classic, but he doesn’t want to ruin the surprise for first-timers.

“The audience will just have to wait and see,” he says.

BalletMet performs at the Ohio Theatre in Columbus. For more information, visit balletmet.org.