Artist David Levinthal’s intriguing photography merges American myth and memory. It is the focus of a fall exhibition at the Dayton Art Institute.

You’d be forgiven for thinking David Levinthal’s photos are of real people. It wouldn’t be the first time someone has mistaken his work — populated by carefully posed toy cowboys, baseball players, historical figures and Barbie dolls in diorama-like settings — as depicting real-life events.

“The first time I saw one of David’s works, I didn’t realize it was an image of toys,” says Jerry Smith, chief curator at the Dayton Art Institute. “It looked like a film still, with that kind of golden tint to it that speaks to nostalgia. Then I realized it’s a little figurine.”

“American Myth & Memory: David Levinthal Photographs,” an exhibition at the Dayton Art Institute running from Oct. 15 through Jan. 15, features more than 70 of the photographer’s works spanning 40 years of his career.

Starting with Polaroids before later moving to digital photography, Levinthal’s photos play around with the concept of memory, often using a soft focus or blurred background to emphasize a figure in a dreamlike way.

“The narrow depth of field gives a sense of motion to the figures,” says Levinthal. “I use it strategically to create where I want the viewer’s eye to go initially, and then they discover more in the image.” 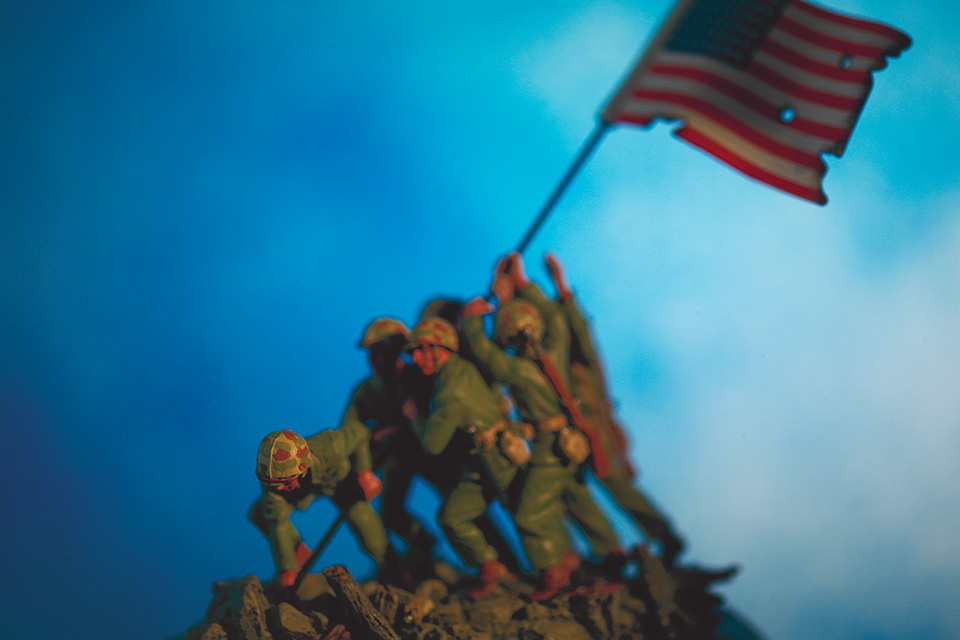 For example, “Dallas 1963” depicts a black convertible carrying a group of people. While the focus is on a hubcap, a blurred figure wearing a pink pillbox hat quickly marks the scene as the moment before the assassination of President John F. Kennedy.

“It speaks to the sheer tragedy of that day that we recognize it,” says Smith. “The technique of what is blurry, what is clear, makes it like a memory. Even collective memories are a little fuzzy around the edges, a little softened through the course of time.”

Other photos take a different approach. Levinthal’s Barbie collection is crisp and in focus, highlighting the dolls like models in a fashion magazine. All his photos draw on nostalgia: Cowboys evoke Levinthal’s childhood in the 1950s when Westerns dominated media, images of baseball players look like vintage baseball cards, and a helicopter hovers (suspended from a string, Levinthal explains) in front of a background that appears to be a fiery war zone.

“In my work, there’s less there than meets the eye,” he says. “The viewer finds themself going through their own visual memory. You fill in the details that aren’t there because that’s how you remember that scene. They complete the image for themselves. Each person is going to have a different response and feeling.” 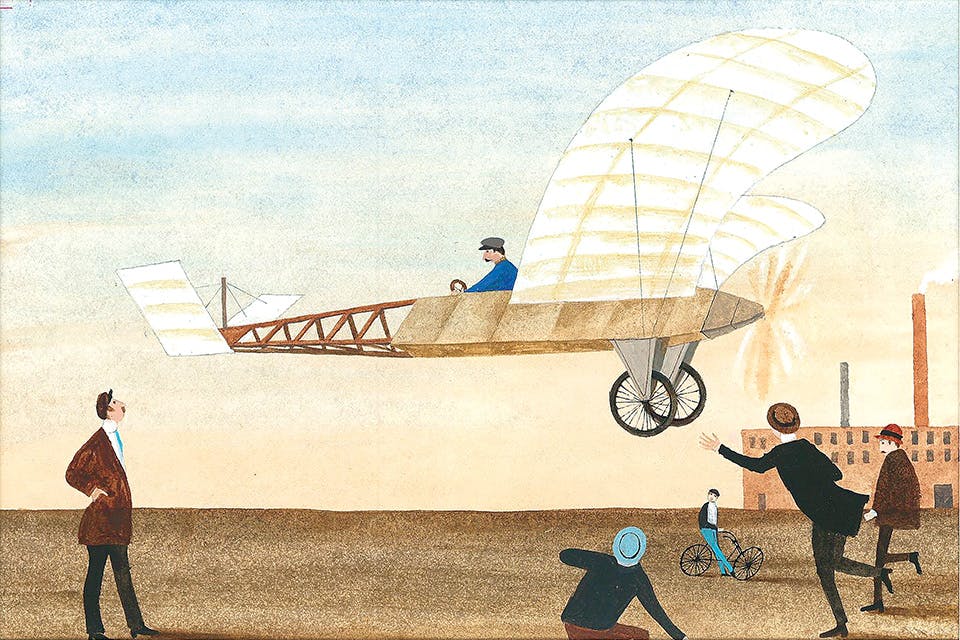 ‘Ohio: The Start of it All’ in Lancaster