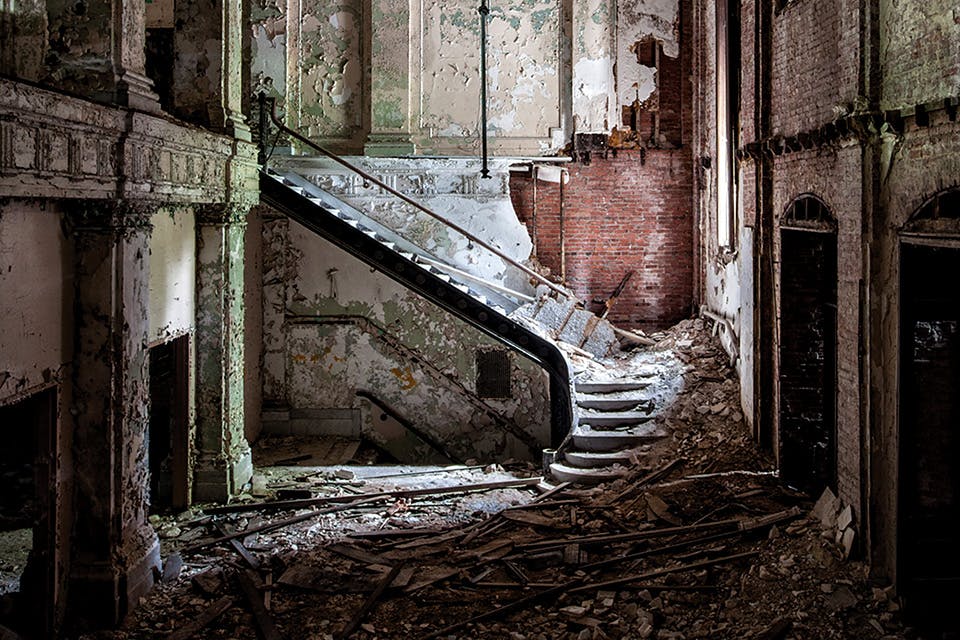 ‘Abandoned America: Everything Must Pass’ in Canton

May 2022
BY Ilona Westfall | Photo by Matthew Christopher

May 2022
BY Ilona Westfall | Photo by Matthew Christopher

The decaying industrial sites, hospitals and theaters featured in Matthew Christopher’s photographs are much more than forgotten Rust Belt buildings. To him, they tell stories of American history, through depictions of crumbling factories, decrepit institutions for the mentally disabled and empty malls.

“There’s something really compelling about how if we don’t use a place, we view it as not having value,” says Christopher. “But a lot of these places were really important to their communities.”

A retrospective of his urban exploration photography, “Abandoned America: Everything Must Pass,” is on display at the Canton Museum of Art through July 24. Although Christopher’s work has been featured in art galleries and dozens of major media outlets, it is his first museum exhibition.

His fascination with abandoned buildings started in childhood, but 16 years ago he started teaching himself photography to document them. A background in mental health care and an interest in history led him to research the abandoned Philadelphia State Hospital, notorious for stories of patient abuse before its closure in 1990. He decided to visit and photograph what was left of it. 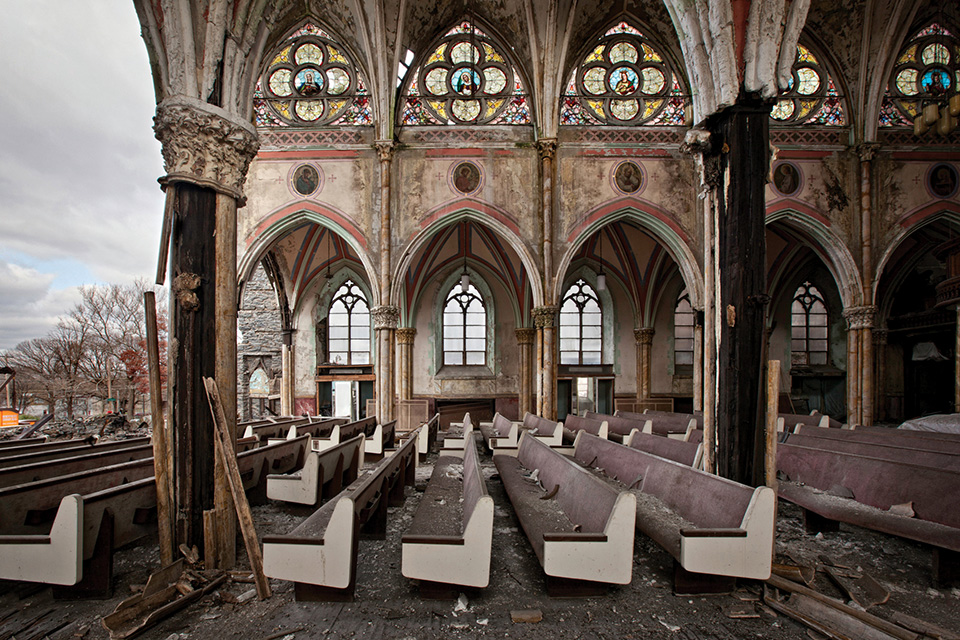 Inspired to continue documenting abandoned buildings, he enrolled at the Rochester Institute of Technology for training in photography. The resulting photos have a strange beauty, accomplished through a technique called “exposure bracketing,” where multiple photos of a subject are captured using different exposure levels to subtly alter light to emphasize certain aspects of the photo.

“I’m trained in architectural photography, where everything should be in focus and all your lines should be straight,” says Christopher. “At the same time, I want them to have a bit of heightened realism so that they look like something you’ve seen in a dream.”

The photos in the Canton Museum of Art exhibition range from the vacant-yet-stately St. Bonaventure Roman Catholic Church in Philadelphia to an unnervingly empty Randall Park Mall in North Randall, Ohio. Christopher’s favorite, however, is the “trolley graveyard.” Taken at an undisclosed location, the photo shows rows of run-down trolley cars, still on their tracks, with the surrounding forest growing in around them.

“I like that one because it’s a really pretty spot with the leaves and the light coming through them,” he says, “but also because it reminds me of when I first went there and it was a secret, untouched place.”