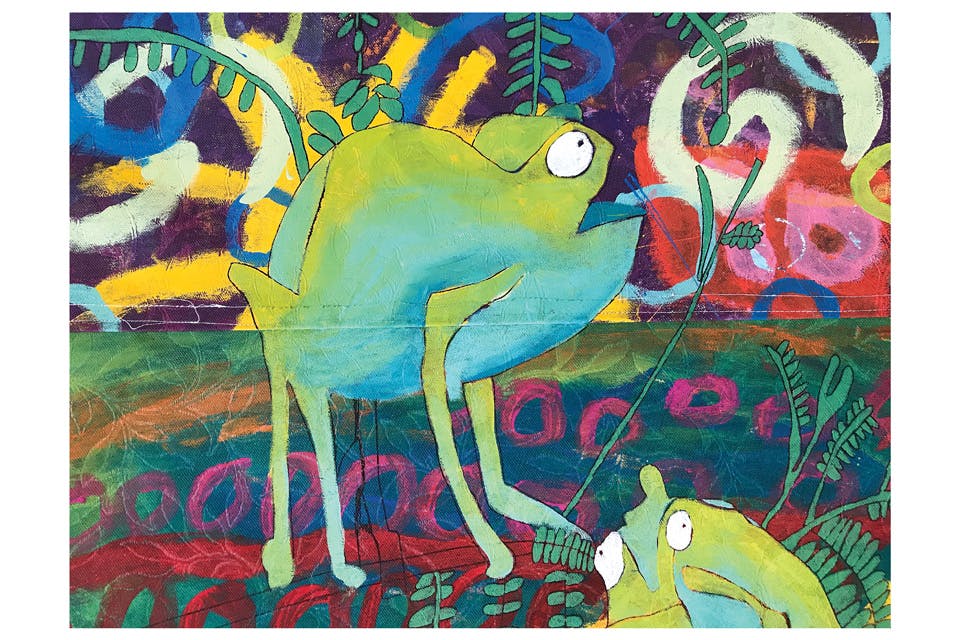 ‘A Story of Flying: 20 Years of Passion Works’

A burst of bright hues and bold textures will be on display this fall as Ohio University’s Kennedy Museum of Art presents “A Story of Flying: 20 Years of Passion Works,” a celebration of the Athens art studio that began in 1998. The exhibition opens Oct. 12 and runs through Dec. 16.

“It’s going to be a riot of color,” says Jeff Carr, collections and exhibitions manager at the Kennedy Museum of Art. “It’ll be like walking into Mardi Gras.”

“I made art with individuals and saw that it had a really powerful effect on our relationship; people seem happier, connected,” she says, “so I was really intrigued with how making art could be beneficial to the human spirit.”

Originally part of a sheltered workshop, a work environment for people with developmental differences, Passion Works Studio became independent in 1998. The mission, however, has remained consistent: to inspire and liberate the human spirit through the arts.

“People who have developmental differences, they’re often really looked at through deficits — things that don’t work,” Mitchell says. “Our approach is we look at what people can do, what they want to do and build on those strengths. ... Then the deficits just kind of fade away.”

Passion Works Studio has gone on to national recognition as a place that empowers differently abled people and gives them a creative outlet. The exhibition features immersive installations as well as 3-D and 2-D art, a majority of which is made from recycled materials. Painted Passion Flowers — the colorful, upcycled aluminum sculptures that the studio is known for — are joined by vivid quilts, paintings and papier-mâché animals.

“It’s going to be a fun environment to walk through, to be able to encounter all kinds of strange beasties,” Carr says. “As far as your imagination can go, that’s just what they do. … It’s so free.”