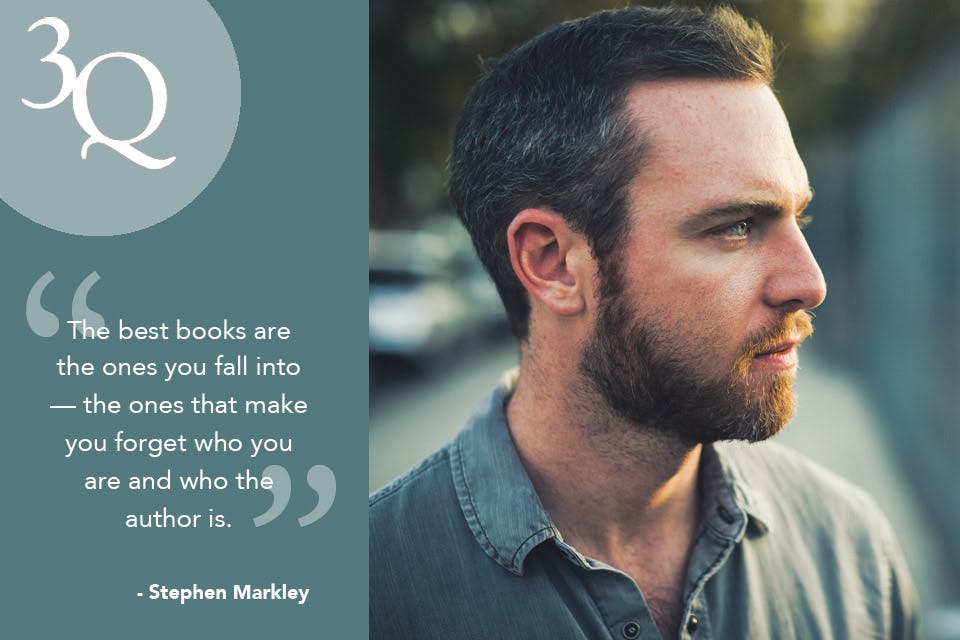 The haunted characters in Stephen Markley’s visceral debut novel, Ohio, are members of a lost generation — sons and daughters who emerged from the shadows of 9/11, the Great Recession, two wars and the opioid epidemic.

Set against a gritty backdrop of Rust Belt despair and poverty in the fictional northeast Ohio town of New Canaan, Ohio is a contemporary mystery where the past is forever linked to the present.

Markley, who grew up in Mount Vernon, Ohio, uses a character-driven narrative and flashbacks to tell the tale of four former classmates, who revisit the dark secrets of their hometown,

“My childhood was defined by reading Stephen King’s books at 3 a.m. when I should have been sleeping,” Markley says. “The best books are the ones you fall into — the ones that make you forget who you are and who the author is.”

Released Aug. 21, Ohio has already created a stir, with Time and the New York Post naming it one of the best books of the summer.

“Publishing a novel is enormously difficult in every way,” says Markley, whose story has already been optioned for a television project. “Novelists are the Marines of writing. They’re the first people sent into the most difficult tasks.”

We talked with Markley about small towns, addiction and the famed Iowa Writers’ Workshop.

Is the setting for your novel, New Canaan, based on Mount Vernon?
The sense of place comes from Mount Vernon. It’s really recognizable as a range of towns and has kind of an everyplace American character to it. There was a bookseller from the South who said the book reminds him of his own home. These characters see the town through their own specific lens. You get four different points of view of the town as a character.

A lot of the book deals with addiction, particularly Ohio’s opioid crisis. Why?
I was writing about [addiction] before I really understood it that well. It worked its way into the book before I understood the larger story. It’s become such an epidemic. It’s a really harrowing situation, and I don’t know anyone back home whose life hasn’t been touched by it. It makes you totally unrecognizable to those who care about you.

How important was your experience at the Iowa Writers’ Workshop?
I entered it with more of a mercenary approach of getting into this small world of literary publishing. I thought it would be a bunch of nerds who like books too much, and I would have nobody to watch basketball with. But everyone was astonishingly smart and funny, and there were ideas about writing I needed to hear.