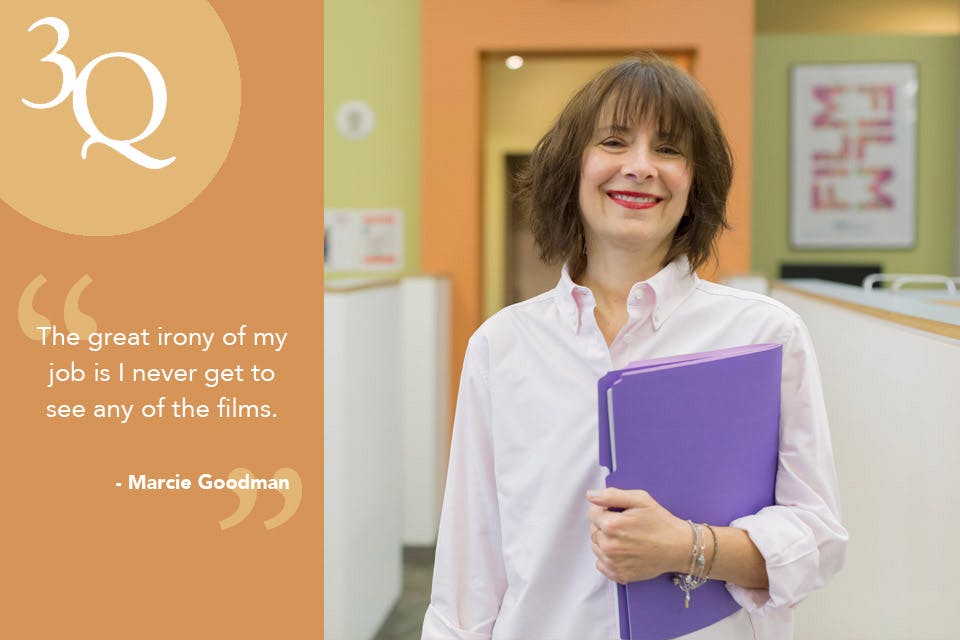 As executive director of the Cleveland International Film Festival, Marcie Goodman is a force of nature, overseeing a 12-day event with screenings of more than 400 feature-length and short-subject films each year. But don’t ask the avid movie buff which ones are her favorites.

“The great irony of my job is I never get to see any of the films,” says Goodman, a Case Western Reserve University graduate who has headed up the Cleveland International Film Festival since 2001. “If I did sit down to watch one, one of two things would happen: I’m either going to fall asleep or be called out for some crisis.”

While 14-hour days will not be uncommon for staffers during this year’s 41st festival, set for Mar. 29 through April 9 at Cleveland’s Tower City Cinemas, Goodman revels in the unexpected nature of the event.

“Six years ago, our closing-night film was not delivered,” she recalls. “We vamped. Our audience went with the flow and had a great night.”

The winner of the 2008 Governor’s Award for the Arts in Ohio, Goodman talked with us about her first movie experiences, festival logistics and Cleveland’s place in the film festival world.

What was the first movie you saw in a theater?
As a kid, I remember “The Shaggy Dog.” And I remember taking the rapid downtown to Playhouse Square to see movies like “Mary Poppins” and “The Sound of Music.” I still see about 100 movies a year, usually at the Cedar Lee Theatre in Cleveland Heights. I’ll often see a movie there and tell [CIFF artistic director] Bill Guentzler we should have shown that … and he’ll say, “We did.”

What is involved in planning an event of this size?
We start planning the next festival before the current one is even over. We have eight full-time and 250 seasonal staffers and 1,000 volunteers during the festival. Starting on Jan. 2, there are no days off until April 14. We believe the feel of the festival comes from our amazing board of directors and staff, who are absolutely unflappable.

The festival draws filmmakers from more than 70 countries with last year’s attendance exceeding 100,000. What makes it such a success?
The filmmakers have always told us that they feel more welcomed, more embraced by our audiences. That’s Cleveland. We like to give our audiences every opportunity to engage with filmmakers. We put everyone together. It’s very purposeful. We are the most fortunate film festival in the universe because we are in this community.

For more information about the 41st Cleveland International Film Festival and a full list of scheduled films, visit clevelandfilm.org.